Yes, Travel Does Have Some Risks

Yes, Travel Does Have Some Risks 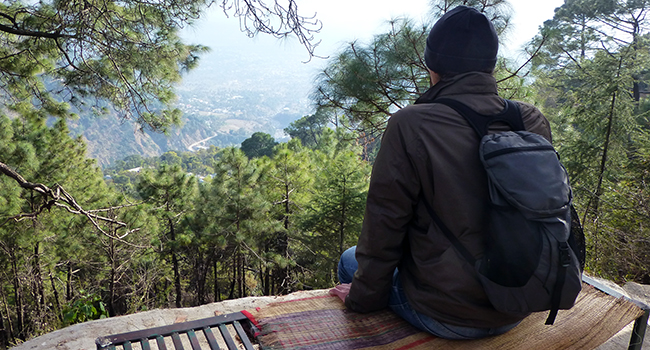 After my recent post that outlined “42 Ways You Can Make Money and Travel the World”, it was brought to my attention that while the options I listed all sound good on ‘paper’, a select few of the options have some real risks associated with them.

So, I promised the reader who mentioned this to me that I would write a post focusing on the riskier side of travel, something that he felt wasn’t discussed realistically, or at all, on most travel blogs.

I personally feel that travel is not any more risky than life at home, assuming we put our common sense to use at all times. Bad things happen almost everywhere, and in reality, I often feel safer and more well-taken care of while overseas than I do while back in the US.

(Just yesterday I visited a relative who had injured her leg after falling while on a trip to New Zealand. She needed surgery and extensive medical care, including visiting nurses to dress her wound, and she didn’t have to pay anything for this at all. If she were at home, it would have been a completely different, and much more expensive, situation.)

Often times, people bring up the fact that I was once kidnapped in Bangladesh as proof that travel is dangerous and risky. However, my response is always this… How many of these kind of incidents do you hear about? Not many at all.

It’s not as if things like this happen every day to travelers all over the world, it’s just that when we do read about them, and since the incidents don’t take place in our home countries, we automatically reach conclusions that a certain place is dangerous or that travel in general is extremely risky as a result.

I could probably count the number of terrible travel incidents that I’ve heard about from fellow travelers over the past 13 years on one hand. And I’m talking about kidnappings, violence, unlawful arrests, detainment, major theft, serious and expensive injuries, people being deported, near death experiences, etc….all the things that would seem to be a huge risk. That’s not what I would call ‘common’ considering how many travelers are out there in the world at any given time.

Of course, the idea of this post is to focus on the risks that do exist for those who decide to venture overseas and in all fairness, I would never state that travel is risk-free or that there aren’t any risks that you should be aware of before leaving home. There are indeed risks when traveling and the more you are aware of them, the lower the chance you’ll be affected by them.

Naturally, every country has their own set of laws and if you don’t take some time to learn at least the basic rules about a destination, you might find yourself in a troubling situation. Some countries are stricter about certain things to the point where you could end up jail for something that you could easily get away with back home. Even a minor drug offense in some countries could land you in prison for life or even lead to the death-penalty, and you can’t expect much help from your government if you have broken a local law.

Some of the ideas I mentioned in the “42 Ways You Can Make Money and Travel the World” post involve opportunities that are technically not legal. These include anything in which you would be working ‘under the table’ and getting paid directly in cash, such as at a cafe, restaurant, bar, hostel or on a construction site. If you don’t have a proper work visa, then you’re basically not allowed to work in that country and as a result, there are risks involved.

If you do get caught by the authorities, you would not only lose the job but you might be kicked out of the country or even banned from re-entering for a certain period of time. You might have to pay a fine or face other legal repercussions. Have I personally heard of this happening to anyone? Nope. But I’m sure it has happened to some and it’s something to keep in mind before you agree to start working.

Also, if you were to be injured on the job, again, while working without a proper visa/employment contract overseas, your employer would not be responsible. You could not really claim compensation or medial coverage since you were working illegally in the first place. So it does pay to understand the job you’re about to accept and to consider whether or not it is a safe, or reasonable, option for you.

There are always stories about people having things stolen while traveling and theft is certainly something to be aware of. Many years ago I had my wallet pick-pocketed while in Delhi and I lost all my credit cards and a good wad of cash. At the same time, that’s the only incident of theft that I’ve personally encountered in 13 years of travel, despite going to plenty of countries that are typically deemed unsafe and dangerous. The thing is, if you’re not aware of your belongings and you don’t take certain precautions, you could definitely end up having some of your stuff stolen, no matter where you travel, and that would of course be quite unfortunate.

When we travel, especially for the first time, it is common to feel as if there are no rules overseas because we are away from home, but in reality, there are rules and often times, the penalties for breaking those rules are severe as mentioned above (just ask any of the foreigners serving time in prisons in places such as Thailand or Colombia).

And apart from legal consequences, it would be a real shame to head overseas only to end up addicted to drugs, which you started taking every day because they were so cheap and readily available and you could take them in the comfort of your guesthouse room way up in the mountains of India. You get stuck there for months until your family and friends have to come and drag you home and force you to get help. It happens, and it happens more than you would think, simply because travelers go overboard with their new found freedom.

I think few people would disagree that injuries and illnesses can happen anywhere. Of course, in some areas, certain serious diseases are much more common and it would be wise to take necessary precautions, such as immunization shots, before visiting those areas. And if you do get sick while traveling, it’s usually not so fun, especially when on your own and you can’t leave your hotel room or you’re in the hospital. But this is just one of the downsides and hopefully, you won’t have to deal with it!

It’s also always a good idea to check the safety of any activity you want to participate in because in some countries, the safety standards might not be up to par. If something were to happen, such as injury or being stranded in the middle of the water after the boat you were on sinks, the chances of compensation or medical coverage from the company, in many parts of the world, will be nonexistent.

When it comes to travel insurance, you could be in big trouble if you do get injured while overseas and you don’t have such coverage. In some countries, medical expenses can be exorbitant and if you had to be flown home as well, you’re looking at dishing out a ton of money. It’s also important to note that even with travel insurance, you are often only covered while traveling. So while your insurance might pay to fly you back to your home country for medical care, they may not cover any of your medical expenses once you land. Also, travel insurance doesn’t cover many ‘high-risk’ activities/sports, so you should always make sure you are aware of what your policy does cover before you do anything that could be deemed risky.

To be honest, I have no idea. When I first started this post, I assumed that I would be able to come up with a long list of potential, real risks that travelers should be fully aware about. But the above is all that came to mind apart from some other things that are just as risky as if you were doing them at home.

I guess I could also mention such things as…

The point is, yes, travel is risky and there is plenty that you should be aware of while overseas. But is it that much more risky than being at home and is there enough risk out there to make you think twice about traveling at all? I would say ‘no way!’.

At the same time, I wouldn’t go running around Thailand bragging that I’m now free to take as much drugs as I wish and party like never before and I wouldn’t go around Amsterdam telling everyone about my new ‘under the table’ job at a restaurant either. And if I were to pick up some construction work while in Australia, decide to hop on a sketchy looking ferry in Indonesia or travel to the tribal regions of Pakistan, I’d make sure I fully understand what I’m getting myself into and I’d have to decide whether or not I am prepared to accept the potential consequences.

What do you think? And what did I miss? What are some other risks associated with travel?