Why I Travel So Much

Why I Travel So Much 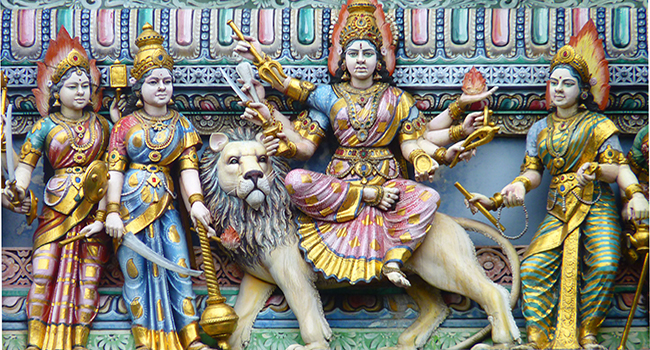 A few days ago, as I was combing through my own Facebook fan page, something I do from time to time because I somehow tend to miss a few of the messages that readers leave on the page, I noticed a message that I had in fact not noticed before.

It was a very upbeat note, full of genuine curiosity and it also included a question. This reader wanted to know, “Why travel so much?” She just couldn’t understand why someone would be so attracted to travel and why someone would not want to live a simple, stable, more traditional life in one place.

While this might seem like a silly question to some of you, it’s important to realize that, as many of our high school teachers liked to say, ‘there is no such thing as a silly question’. For some people, the thought of travel is just not as exciting as it is to others. Some people don’t dream of faraway lands or have any desire to visit countries and cultures that are different from their own.

And that’s fine of course. I certainly don’t expect everyone on the planet to want the same things out of life and however anyone chooses to live, as long as they’re happy with that choice, I’m happy for them.

With that said, I naturally wanted to provide an answer to this reader’s question and so I quickly left a response on Facebook with a few lines about travel giving me an opportunity to see the world with my own eyes. Short and basic.

But over the next couple of days, I kept thinking about her question, over and over again. It’s not so much that I started to wonder why on earth I do travel so much, but instead, I began to wonder how I could even begin to explain the core reasons of why I’ve decided to live this traveling lifestyle for so long.

I guess I could talk about the beautiful islands, the mysterious cities, the unique cultures, the spectacular natural wonders and of course the people from all walks of life that have had a major impact on me over the years.

Those are all perfectly good reasons. But at the same time, they don’t seem sufficient.

It was while I was eating a bowl of pasta last night that I suddenly thought of a more suitable response. And it all has to do with a recent experience, a very simple experience, that essentially defines my desire to travel so much.

Two weeks ago, as I wrote about already, I went on a four-day trip to Bratislava, Slovakia. The purpose of this trip was to spend some time with three of my friends.

So, after flying from Bucharest to Vienna (the Vienna airport is only 40 minutes from Bratislava) there we were, the four of us – two Romanians, one Kazakh and one American – spending time together in Slovakia. We ate at local Slovakian restaurants, we drank Moldovan wines and Czech beers, we spent an evening searching for nebulas, star clusters and distant galaxies in an empty field just across the Hungarian border, we went to the cinema one afternoon and watched a film about India. We spoke about my friend’s desire to live in France, about all of our travels to Istanbul, about my time working on board cruise ships and about whether or not we should all participate in the Mongol Rally (a car ‘race’ from Prague to Mongolia) next year.

And during that same trip, I also had a Skype call with a friend of mine from Australia, I made plans with another friend from the US to meet up in Montenegro in July and I received an email from an Italian friend of mine whom I hadn’t heard from in over a year and who just moved to Brazil, as one does.

This is exactly why I travel so much.

My life has become a combination of destinations, interactions, concepts, opportunities, friendships, challenges and realities that were once so very foreign or unknown to me. After twelve years of travel, the entire world now feels like my home. And it’s the resulting diversity of experiences and people in my life that ultimately lead to an increased appreciation of all that I encounter during my adventures.

The more I learn about other people and places, and the greater variety of experiences I have, I understand that very little differentiates us as human beings. We are all made of the same material, we all have the same ups and downs, we all are trying to do our best during our time on Earth. The result is a strong realization that getting upset over small things, sowing negativity or acting out without really understanding a situation, is simply not useful.

Instead, I’ve learned to relax, take things as they come, understand the beauty that connects us all and try to proceed with as much positivity as possible.

And the fact that this is how I feel when in such situations provides all the motivation I need to continue living this lifestyle.

*Again, I’m not saying that everyone should want to live this lifestyle…not at all. I’m just answering the question that was asked, hopefully showing why this lifestyle is so appealing to me.

I wonder, why do you travel? Or, if you’re not traveling yet, why do you want to travel in the first place?