As excited as I am when I first step foot into a country I’ve never visited before, I must not deny the fact that there is also a part of me that, these days, just wants to travel to countries that I’ve already been to, countries that I can’t get out of my mind because of the life-changing experiences I had during my first, or in some cases, second visit.

But it’s not always easy to do that because human beings love competition and when it comes to traveling, the most common competition (even if it’s not a formal one) tends to revolve around the ‘country count’, the overall number of countries that a traveler has visited. This number is brought up in many a conversation while on the road and of course, the higher the number, the more impressive a particular traveler appears (or thinks they appear).

After all, how can you call yourself a traveler if you’re not on a mission to see every country in the world before you die? Right?

I don’t now about you but I’m not on that mission at all. I personally don’t care if I visit every country in the world and I’m certainly not about to bounce around every continent, spending a day or two in most of the places I visit, just to say I’ve been there and to check each place off of a list.

That’s just not my travel style or goal. If that happens to be your goal, I have no problem with it at all of course and I certainly wish you success with your journey. I’m sure you’re going to have some amazing experiences wherever you go. It’s just not for me.

I’d much rather spend significant (or at least a decent amount of) time in fewer countries and even return to some of my favorite countries over and over again. To me, the benefit of travel has nothing to do with the number of different stamps in my passport, and if that means my final country count does not reach the official United Nations number of 193, or that I’ve visited fewer countries than someone who has been on the road for less time than me, then so be it.

As I was sitting on the subway in New York City the other day, traveling from the Upper West Side all the way over to Clinton Hill in Brooklyn, I noticed an advertisement on the subway wall. The ad was for the country of Iceland and there was a beautiful photograph of the Blue Lagoon. Looking at this photograph immediately brought back memories of my own visit to Iceland several years ago and it made me realize that I definitely want to visit this country again one day.

That got me thinking even more and before I knew it, there I was on the subway, wedged in between a guy who I swear might have been Samuel L. Jackson and another guy in red suspenders who seemed quite content licking stamps and placing them onto his pants, creating a mental list of some other countries I’ve already been to and that I’d really be interested in traveling to again. 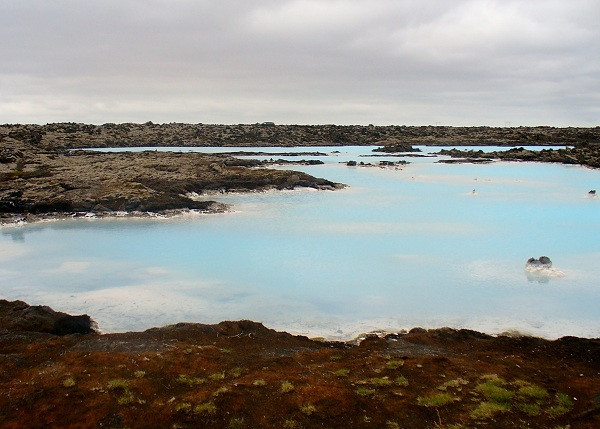 The countries that came to mind are…

South Africa – Back in December, I was simply blown away by this country and less than twenty-four hours after my arrival, I had already promised myself that I would return soon. And I intend to keep that promise as there is still an abundance of cities, wine regions, wildlife reserves, townships, adventure activities, natural wonders, and more left for me to experience.

Mexico – Another country that one could travel around for a long, long time without ever getting bored. It’s as diverse a destination as there is on this planet and despite having spent almost two years there already, I’ve barely touched the surface.

Fiji – When I was 19 years old I visited Fiji while on my way to study abroad in Australia and I had such a wonderful time. This is why I was super-excited to return this week on the press trip I had been invited on. Unfortunately, that press trip was canceled but now I’m even more determined to return to Fiji as soon as I can.

Slovenia – It’s no secret that this is one of my favorite countries on the planet and despite it’s small size, I absolutely plan on returning for several more visits, at least!

India – All I can say about India is that I will never get tired of traveling to this country. And if I decided to spend the rest of my traveling years only wandering around India and nowhere else, I’d still be a very happy man.

Most likely, I will indeed visit these countries again, as well as several others that I’ve already spent time in. After all, I’ve already been to India nine times over the years, Thailand eight times, Australia five times, Turkey five times, Italy four times and I’ve been back and forth to Romania three times in the past five months, and on and on.

Had I wanted to, I probably could have seen every country in the world by now, but again, that’s just not my travel style. Spending more time in less countries has worked perfectly for me and brought me infinite rewards in terms of the connections I’ve made and the education I’ve gained. And I see no reason to change at this point.

What are your thoughts? Do you want to see every country in the world? Or do you prefer to spend more time in fewer countries as well?