Why I Don’t Panic When My Backpack Goes Missing

Why I Don’t Panic When My Backpack Goes Missing 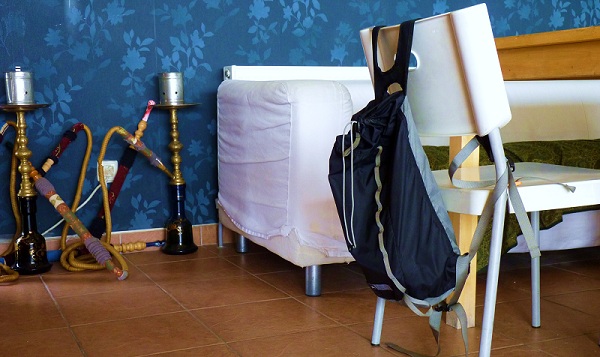 Having traveled the world for the past twelve years or so, there are a handful of conclusions that I have made about myself, about life in general and about the people I’ve met on this planet of ours. One of those conclusions that I strongly believe to be true is that, despite the messed up state of the world, despite the wars and the fighting and all of the crime we hear about out there, human beings are inherently good.

This is exactly why, about an hour after waking up this morning here in Istanbul, when I suddenly discovered that my small black day pack was not in my guesthouse room, my day pack where I keep my camera, my passport and a few other important documents, I honestly found no reason to panic at all.

After another quick search around the room, I knew it was definitely missing and so I just leaned up against a wall, scratched my head and tried to remember where I might have left it. There were really only two options. I could have left it in the indoor rooftop terrace of the guesthouse after having a few drinks with some friends the night before or I might have left it at the shisha cafe a few blocks away, right next door to the Blue Mosque, where a few of us spent a couple of hours puffing on shisha and sipping tea.

It only took a quick check with the manager of the guesthouse to discover that I had not left my backpack on the rooftop terrace and so, knowing exactly where I must have left my backpack, camera, passport and documents, I took a slow stroll around the corner, up a few streets and back to the shisha cafe.

After all, this was not the first time I had left this very same backpack behind during this European trip of mine. I had also left my backpack behind at a restaurant in the Old City of Bucharest, at a bar in another corner of Bucharest, at a cafe in Brasov, at a bakery in Sarajevo and at a restaurant in the countryside of Slovenia. Yes, it certainly has become a habit.

Yet despite my somewhat disturbing, and admittedly remarkable, ability to somehow walk away from a table without remembering to grab my backpack, every time I realized that it was gone, I simply returned to where I had left it and asked the staff if they had seen my pack. And sure enough, on every single occasion, my bag was there, being held for me, whether 15 minutes had passed or an hour had passed or even five hours had passed. 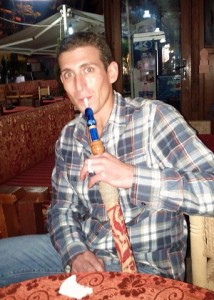 So this morning, when I finally arrived back at the shisha bar next to the Blue Mosque, some 16 hours after I had left last night, I calmly asked the first staff member I ran into if they happened to have seen my backpack. This man immediately yelled over to another staff member who then waved at me to follow him. A door to a closet was opened and there sat my backpack on the bottom shelf, with everything still inside. After showering the staff member with several rounds of thank you’s and tessekur ederim’s, off I wandered, back to my guesthouse.

People are good my friends. People are damn good.

Sure, these things happen, but the more we believe that this is the true nature of our fellow human beings, the more distant we become and the more stressful life becomes while traveling under that umbrella of negativity.

Over the past decade, I’ve learned that applying general common sense is more than sufficient to help me avoid the ‘bad people’ out there without tainting my view of the world. As a result, I am able to maintain my faith in people overall and to appreciate every positive interaction and situation that comes my way.

I’m also able to avoid freaking out when I discover that my backpack and camera are suddenly missing, as I know full well that the overwhelming majority of people, people working at coffee bars, restaurants, bakeries, shisha cafes and every other place I might leave my backpack, have no desire at all to steal my stuff.

Do you have any similar stories? Or maybe you feel differently about people in general? Please do share!