Why Every Traveler Must Visit INDIA

Why Every Traveler Must Visit INDIA 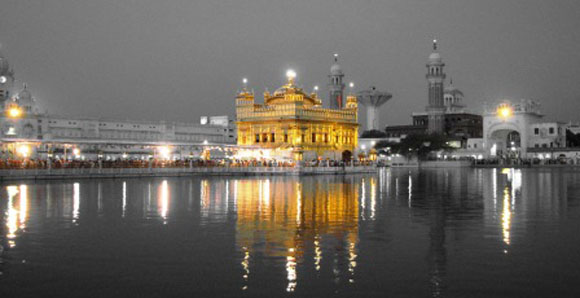 In fact, I’m so thoroughly addicted to the madness of the subcontinent that I’ve now spent over two and a half years exploring it.

What am I addicted to?

Traveling in India is like playing a game, one that both challenges and changes every player. In the Game of India, you are blindly thrown into an intense tornado of chaos and must then not only find your way, but you must uncover the magic and beauty that is veiled in the insanity.

Every second of every day in India, you encounter sights, sounds, tastes and smells that you have never faced before. The challenge is constant, as you are forced to observe, interpret and understand a way of life so different from your own. The world that is India is wildly enigmatic, a world that at times seems completely lawless and without even the most basic of rules, while at other times, it shimmers with the pride of being the world’s largest working democracy.

When you travel in India, you cannot have a plan. It simply doesn’t work that way. All you need to do is get there and then simply wake up each day and walk outside your room. The mysterious current will immediately embrace you and lead you on a unique and unforgettable adventure….every single time. 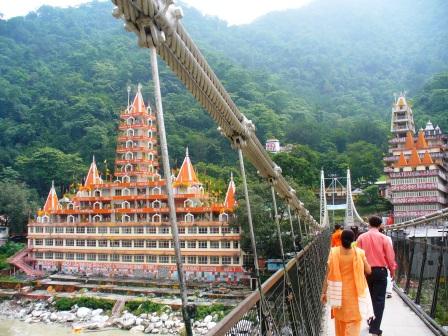 An adventure that will take you to…

– Nauseatingly massive cities, remote villages seemingly unchanged for centuries, isolated Tibetan settlements 16,000 feet high up in the Himalayas, entire towns floating on lakes, built around fortresses in the middle of the desert, hidden in the depths of the jungle and nestled under palm trees along incredible stretches of beach

–  Moments of such genuine hospitality followed by moments of such utter frustration, with both often taking place within the same minute and sometimes even caused by the same person (try introducing yourself to the man who just attempted to rip you off and you’ll soon find yourself sharing chai, talking politics and becoming friends with him moments later!)

– Camels roaming the deserts, tigers in the forests, elephants barreling down the streets of Delhi, and yaks hanging out in the mountains of Kashmir, not to mention holy cows and unruly monkeys inhabiting almost every corner of the country

– Constant encounters with the ‘unbelievable’ – whether it be the monuments of Hampi, the sunsets over Bundi and sunrises over the Ganges River, Mumbai’s sprawling Crawford market, bizarre rituals (such as throwing newborn babies to the ground from the top of a 50 foot wall in order to ensure their future strength – the babies land on sheets held by people below!), the enchanting backwaters of Kerala, the Golden Temple in Amritsar, a glimpse of the Dalai Lama in McLeod Ganj, the 2-day Himalayan bus journey from Manali to Leh, the burning ghats of Varanasi, the seemingly endless city slums and the sense of community of those living there and on and on and on…

– Religious diversity and the fascinating traditions that accompany it – Hindus, Muslims, Sikhs, Jains, Parsis, Buddhists, Christians, B’hais and even a handful of Indian Jews all offering their own version of India

– A never-ending stream of magical palaces, forts, temples, mosques, monuments, ancient ruins and natural wonders, each leaving you more speechless and in awe than the previous one

– Cultural and religious festivals too numerous to count, ranging from those ancient and unaffected by time to the unfathomably wild and intense displays of devotion that you must see to believe

– Joyous feasts for the taste buds as you fill your stomach with endless helpings of vegetarian curries served on banana leafs, fresh samosas and pakoras, masala dosas, kathi kebabs, biryanis, momos, tandoori breads and some of the most divine (yet cavity-creating) sweets on earth

Traveling throughout India is rewarding, but it certainly is not easy. A simple stroll down the street is exhausting enough as you face off with suicidal truck drivers, taxis, rickshaws, bull-carts and cars, aggressive cows, hungry goats and wild dogs, endless beggars, con-men and vendors all screaming for your attention, exhaust pipes blowing thick black smoke into your face, men and women spitting everywhere without concern for whose feet are nearby, pot holes and downed wires, cow excrement and impromptu urinals, tissue-less nose blowing and piles of burning garbage in every direction.

But the truth is, before long, you’ll love every minute of it! Once you get comfortable with the game, you’ll find yourself hungry for the craziness and the unique and extraordinary experiences that each day brings.

However, only minimal and superficial rewards await the traveler who walks through the streets with constant suspicion, clenching tightly to their backpack and shouting at every Indian who tries to approach them. It is the traveler who is willing to dive right into the chaos and accept India with the most open of minds who will discover the infinite and life-changing rewards it offers.

If you’re the type of traveler who is not afraid to get out of your comfort zone and have your long-held views on life constantly challenged, India is a must. 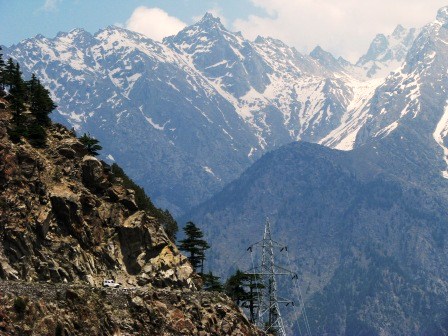 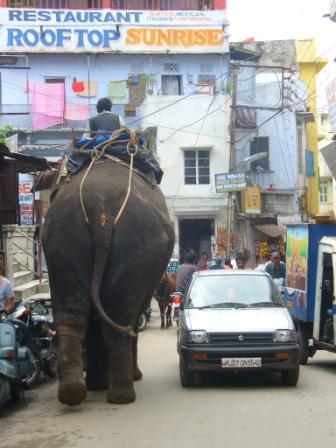 After all, where else on this planet can you…

…ride in a human-pulled rickshaw, sip cappuccino in an upscale café, observe a holy man drink cow urine straight from a cow, visit a 500-year old Hindu temple, play a pick-up game of cricket, suddenly be invited to a traditional seven-day wedding by a stranger just because you’re a foreigner, walk through open sewage, feast on delicious, freshly cooked curries from a dilapidated food stall and have your ears cleaned by a half-naked man with dreadlocks on the sidewalk…all on the same street!

Any questions about India? Just leave a comment below and I’ll help you out as best I can!