What My Least Favorite Destinations & Olives Have In Common

What My Least Favorite Destinations & Olives Have In Common 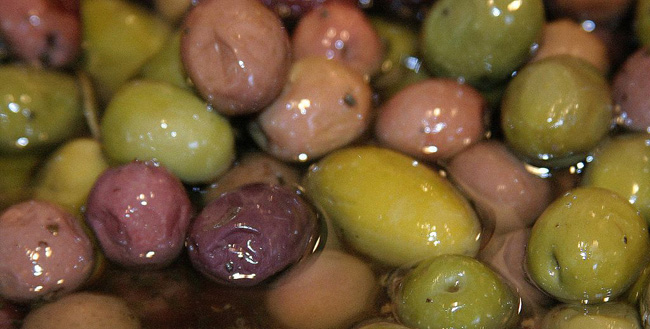 There aren’t many things I truly hate in this world. In fact, olives might be the only one. I’ve tried to eat olives, I really have, at least a dozen times throughout my life. But ever since I was a child, the only reactions I can remember having to even a tiny bit of olive is gagging and making a genuinely disgusted face. Sometimes I’ve even gagged before I’ve taken a bite, just when the olive hit my lips or began to enter my mouth. The thought of olives right now has just made me cringe. I don’t even know why I’m writing about them.

One of my good friends loves olives. She loves olives so much, and I hate them so much, that we have had lengthy discussions about these little oval things. I think I can even remember one time when we actually started arguing about them. We argued back and forth until both of us realized that absolutely no progress was going to be made, leading us to sit across the table from each other in silence for about ten minutes. Eventually, we changed the subject, vowing never to bring up the word ‘olives’ in each other’s presence again.

The point of all this olive talk is that it occurred to me that my feelings towards olives is, in a way, similar to my feelings toward certain destinations I’ve visited over the years. While I’ve never actually “hated” any destination as much as I hate olives, there are a few locations that I’ve really tried to like, some more than once, but have not been very successful at doing so.

And since a few people sometimes point out that I’m overwhelmingly positive about the destinations I travel to, and that I rarely talk about anything negative, I’ve decided to put together an ‘olive’ list of my least favorite destinations below.

These are the destinations that, while they don’t make me gag, usually do lead to a contorted face when I think back to my experiences. With that said, I’d still visit them again if I had the chance…most of them at least.

United Arab Emirates – If you ask me what is my least favorite country that I’ve been to, the UAE will always be the one I mention. I’ve been several times due to a long layover, visits to friends living in or passing through Dubai or Abu Dhabi and while working on board cruise ships, and I can’t really think of anything too positive to say about my experiences.

Dubrovnik, Croatia – Beautiful? Indeed. But after one hour of walking around, I was ready to leave. I can’t pinpoint the exact reason, I just had no desire to spend much time there at all. As for the rest of Croatia, while none of the country would be in my list of favorite destinations I’ve visited, they wouldn’t be on my list of least favorite either. I guess that makes them average to me.

Cayman Islands – During my cruise ship days, I must have visited these islands at least fifteen times and after a few visits, it became one of the only ports in the world where I would often stay on the ship instead of getting off. A destination is clearly not a good match for me when it offers white sand beaches and I prefer to take a nap or hang out in the crew areas of a cruise ship instead of making a beeline for the sun and sand.

Hungary – I’m ready for the angry mob with this one but I did not connect with this country at all, including the city of Budapest. I even tried a second time but with the same results and I even visited with a local Hungarian friend of mine as well. I personally found it to be a little boring and didn’t find the atmosphere or energy of the country too appealing.

Switzerland – It’s nice but a little too bland for me and after two visits, I’m not terribly interested in visiting again.

Hong Kong – After telling you about the very cool view of the city from the harbor at night, I’ll have some difficulty talking about anything else from my two visits here, mainly because nothing really stands out as very memorable. I remember having a good meal over there once but the details, such as what I ate, are a little fuzzy.

Now back to the real olives. A few days ago, I ordered a vegetarian pizza without olives at a restaurant here in Bucharest and twenty minutes later, out came a vegetarian pizza with olives, plenty of them. And even after picking the olives out, I had extreme difficulty eating that pizza. I’m used to it now though as that’s pretty much what has happened every single time I’ve ordered a vegetarian pizza without olives during my time in Romania. The waiter or waitress repeats “fara masline” (without olives) and they even write it down, but by the time that pizza arrives in front of me, it becomes quite apparent that the chef doesn’t give a hoot. He or she is going to make the pizza their way and there’s no changing that.

And sometimes, that’s how travel works too. As we head off around the world, we are always trying to order an interesting, rewarding and educational experience in every destination we visit. Usually, that’s what we receive. But every now and then, at least for me, my order is indeed ignored and I get something different.

Sometimes that ‘something different’ is a travel experience better than what I had ordered, but sometimes I get an experience that I just want to spit out. It’s bound to happen.

Of course, I’m not saying that the above destinations are ‘bad’ or should be avoided, not at all. These are just my own personal ‘least favorite destinations’ based on my own experiences, interests and who I am as a traveler. There are so many factors involved when it comes to how well we connect with a particular place and some of those factors don’t even have anything to do with the destination itself (for example, when you’re in a bad mood before you even arrive). I certainly recognize that.

And that’s why I highly recommend you travel to every single one of the above locations and find out what they’re like for yourself. It wouldn’t surprise me one bit if you absolutely love some, or even all, of them.

We’re all different people in the end and we all enjoy different kinds of pizzas.

What’s your list of least favorite countries you’ve visited? Or countries you have no desire to visit? Do you like olives?