While it is true that I tend to speak positively about almost every destination I visit, there’s a simple explanation for that. My views about a particular city, or even country, have little to do with the tourist attractions that may or may not exist or about the number of chances to take stunning photos that I may have during my stay.

Instead, I formulate my opinions based upon my interactions with local people, my wanderings around random, everyday neighborhoods and my keen interest in trying to ‘feel’ a destination as opposed to simply seeing it.

And when travel is approached in this manner, it is, quite frankly, difficult not to enjoy every single destination that one visits. One no longer needs to be ‘wowed’ by a castle or impressed by a museum. One only needs to wake up and walk outside, treating every moment as a potential, and interesting, learning opportunity, in order to fully appreciate your surroundings and have a most rewarding travel experience.

So it goes for me these days as I live in Bucharest, Romania.

I’ve been living in Bucharest on and off now for about five months. I’ll tell you, the city is not an overly pretty one and it definitely lacks a ‘wow factor’ to impress foreign visitors. There’s a lot of gray, there’s no shortage of neglected buildings, communist-style apartment blocks and unattractive graffiti, and at first, it can appear as an overall gloomy place, which is why most travelers rarely stick around for more than two or three days.

But I feel quite lucky that I decided to stick around myself as the longer I live in Bucharest, the more I discover a city that deserves to be noticed by more people.

The problem is that most of Bucharest’s charm and appeal lies hidden, tucked far away into corners of the city that the overwhelming majority of travelers will undoubtedly never find. Most visitors seem to spend their time hanging around the pleasant, yet very small, Old City (Lipscani), but this area represents the tiniest fraction of what this city actually has to offer.

You need some time to discover the rest. You need to make connections with local Romanians who will guide you in the right direction and you need to explore every street and lane with the understanding that quite often, one must search behind the dark gray facade in order to find the cafes, jazz clubs, galleries and exhibition halls, parks, restaurants, independent cinemas and more that give this city an entirely different energy and identity.

For example, you can easily find an overpriced restaurant in the Old City, but just wait until you discover places such as Clubul Taranalui, a wonderful open-air eatery attached to the interesting Museum of the Romanian Peasant at Piata Victoriei, where the below feast of traditional Romanian food and local wine costs a mere $10 USD per person…

Cafes are plentiful (that’s a huge understatement) in the Old City as well given the strong cafe culture, but what about the unique and infinitely more atmospheric gathering establishments in the neighborhoods that you would never visit unless a local Romanian told you to. That’s how I found the splendid Reader’s Cafe in Dorobanti, the very cool Ceai La Metoc in Cartierul Armenesc and the very laid-back Serendipity Cafe in Gradina Icoanei, all of which are some of my favorite hangouts in Bucharest.

Throw in the theaters and concert halls, an excellent and varied local cuisine, diverse nightlife and a long list of warm weather events, and I was hooked.

Of course, I am perfectly aware that all of these things can be found in just about every city on the planet, but that’s not the point. The reason I love to live in Bucharest is not because it has parks, cafes and art galleries. It’s because I’ve discovered so many appealing places which have given me a more complete picture of this city, places that I would never have found and enjoyed had I stayed for just a few days and moved on, never to return again. 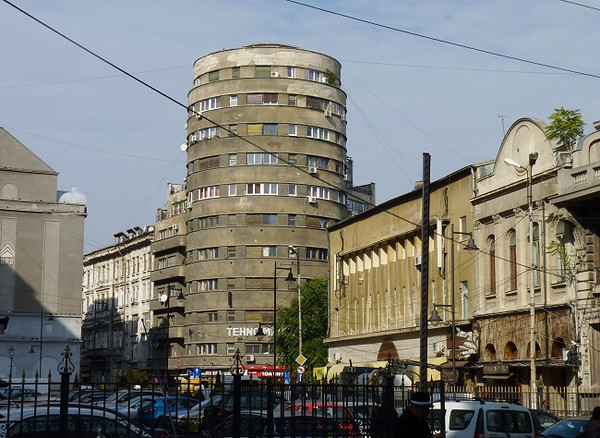 Besides, Bucharest is also an extremely affordable destination and it’s shockingly easy to meet people here and to have a social life, even if you don’t know anyone when you arrive. It’s quite conveniently located as well, with not only the rest of Romania to explore, but other countries such as Moldova, Ukraine, Hungary, Serbia and Bulgaria just one border crossing away. And a short flight to Istanbul (55 minutes) connects you with the rest of the world.

All I know is that Bucharest is quite an ideal place for me to spend some time, especially considering that, after ten years or so of bouncing around the planet non-stop, this other side of travel, the more in-depth connection with a destination, its culture and its people, is exactly what I now crave.

It would be foolish of me not to recognize the fact that many locals here might disagree with some of my thoughts. I’ve met many who have a long list of complaints about this city and who are quite interested in ‘getting out of here’ and moving elsewhere in Europe or to countries on other continents.

So I must emphasize that this post is from the point of view of a foreigner, from someone who loves to travel and learn about other cultures and who also happens to work online, something that gives me the freedom to spend my days exploring and enjoying as much as possible.

But with that said, that’s exactly the point of view I wanted to provide here because I think that travelers who are searching for a destination to live or spend an extended period of time in, would be wise to add Bucharest to their list of options. If you stick around instead of passing through quickly, this city is almost guaranteed to surprise you in ways that you could never imagine when you first arrive.

Any thoughts on Bucharest or even the experiences offered by such slow, less-exciting forms of travel?