Vienna, Austria: What On Earth Is A Heuriger?

Vienna, Austria: What On Earth Is A Heuriger? 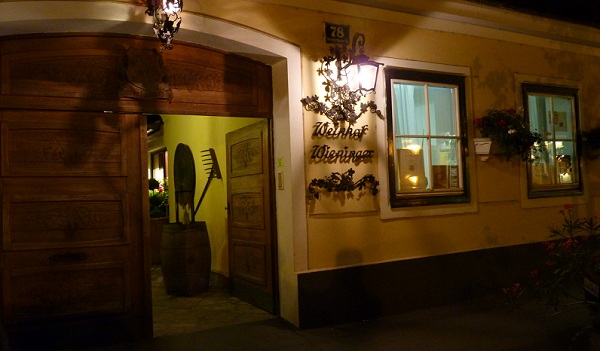 One does not need to spend much time in the city of Vienna to understand the reasoning behind it’s constant ranking as one of the world’s most liveable cities. I needed only about four minutes to make this discovery myself as, from the moment I stepped off the train upon arrival, I found myself to be a much greater fan of this city than I would have ever imagined.

I will state that I had some luck on my side, as I was picked up at the Wien Westbanhof train station by none other than Fabian Kruse and his good friend Rudi. And as any traveler must admit, life on the road is always made significantly easier when you don’t have to worry about finding a place to stay upon arrival or how to find your way around a new city without speaking the language.

Thanks to Fabian and Rudi, my Viennese experience promised to be relaxed and, even better, more unique than had I spent three days on my own in this city.

AN EVENING AT A HEURIGER

It came to be that on my second evening, Fabian and Rudi asked if I wanted to join them for a visit to a Heuriger. At the time, I had never even heard of this word and I had absolutely no idea what they were talking about, but I certainly wasn’t going to say ‘no’ just because of that minor detail. I agreed to join them and just like that, out the door we went.

So, what is a Heuriger?

That’s a very reasonable question and one that went through my mind several times as we walked down the street to begin this adventure. All I could do was put my faith in my friends as we used a combination of transportation systems – subway, tram and foot – to reach Stammersdorfer Strasse, located about one hour outside of the center of Vienna. A few minutes of further searching brought us right to the entrance of Heuriger Wieninger, a Heuriger that is apparently highly regarded by both locals and visitors alike. And this was the moment when I finally learned the answer to the question above.

The Heuriger Weinenger proved to be a typical Heuriger, which can best be described as a “wine-tavern where wine-growers serve the most recent year’s wine and where patrons can experience Gemultlichkeit.” Getmultlichkeit can be translated along the lines of “cheerful coziness”. Along with the wine and the coziness, a Heuriger also generally offers a selection of local foods, often served buffet style.

Our Heuriger experience took place in an open, ambient courtyard, where dozens of people sat around wooden tables, with the entire area lit by candlelight and faint, yet decorative, lanterns that hung near several small trees and vine-covered walls.

And once seated at a table, what does one do at a Heuriger? Well, before the evening was even five minutes old, we were already sipping on spritzers, a refreshing drink made simply by mixing white wine and seltzer, that seemed to be, based upon our quick glance at every other table, the proper way to start this meal.

Then, spritzer turned into wine and after a couple of rounds, the time to feast finally arrived as well. So, off we went into the quaint and cozy buffet room inside the building next to the courtyard where I quickly found myself face to face with a large selection of food, all of which I wanted to try, and none of which I had ever heard of.

After filling up my tray with the three dishes that I eventually decided upon, with the help of Fabian who translated my order to the staff behind the counter, I handed over the undeniably reasonable sum of 15 Euros for the food and wandered back to my table. And then I ate. I ate some sort of pasta-like dish full of pumpkin, a slice of cumin-spiced meat and a salad soaked in delicious and aromatic pumpkin oil. We also ordered a variety of Liptauer, flavorful and sometimes spicy cheese spreads prepared with any number of soft cheeses, that we smeared onto freshly baked bread.

While the above is definitely not a normal evening meal for me, and probably not a meal that I could manage to eat more than once per month due to it’s heaviness, it was undeniably a most satisfying dinner experience. This was even more so the case as the evening pressed on and the atmosphere in the Heuriger became increasingly more festive.

And festive it remained, right up until we finally left this fine wine-tavern at around 10:00pm, something that we were only allowed to do upon finishing a requisite, and locally produced, after-dinner schnapps. Of course, this was by no means a terrible way to conclude this traditional Heuriger experience at all and it also guaranteed I would remain as jolly as could be during the entire one hour ride back into the center of Vienna. 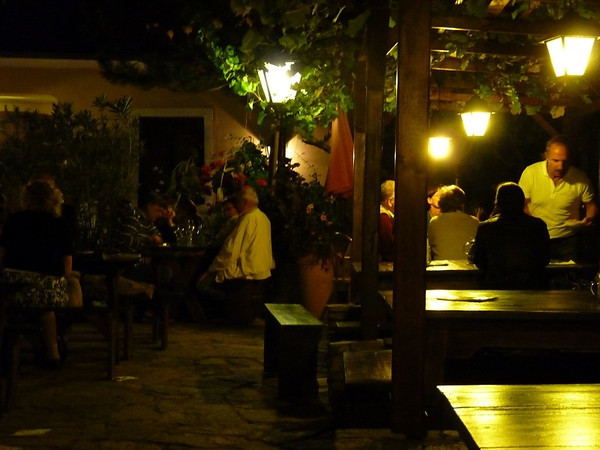 My recommendation is simple….if you find yourself in Vienna, whether you’re on ski holidays to Austria or are on the way home from a European jaunt, just make sure that spending an evening at a Heuriger ends up on your itinerary. Heuriger Wieninger was fantastic and there dozens and dozens of others to choose from as well, many of which are located on Stammersdorfer Strass.