Video: Why You Should Travel To Socotra Island

Video: Why You Should Travel To Socotra Island 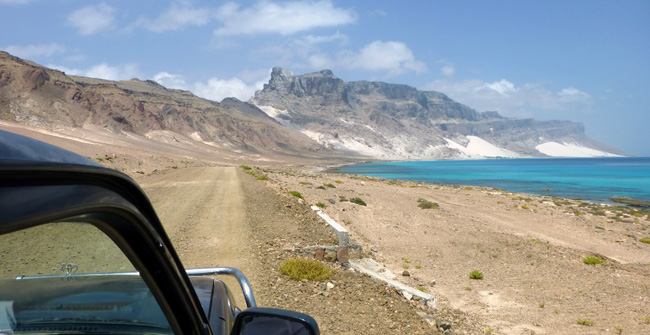 Few people have even heard of this place and even fewer people have any idea where it’s located. But for those who do know and who do travel to Socotra Island, which happens to be one of the most isolated landforms on the planet, there is only one natural reaction – to wonder aloud why on earth more people aren’t visiting.

Socotra Island is a part of Yemen, however, it is far removed from anything happening on the mainland. The culture is different, the language is different and unlike the mainland, which has had to deal with separatist movements, Al-Qaeda cells and a revolution over the years, life on Socotra has remained as peaceful and quiet as can be.

However, almost nobody makes the distinction between Socotra and the Yemeni mainland and as a result, being a part of Yemen has kept travelers away. Rough estimates (according to several locals involved in the Socotra tourism industry) that in 2013 only about 1000 foreigners are expected to travel to Socotra. Just wait until you see the video below – that number will seem so absurdly low for a place so incredible.

The island is home to approximately 50,000 inhabitants, scattered among dozens of small villages, most of whom never make it off the island. There are more goats than people, hitch-hiking is the most common form of transportation, there is no crime and there’s only one internet cafe in the capital village that acts as their connection to the outside world.

This is truly a destination unlike any other and when I recently spent a few days on Socotra Island, it was the first time in my 13 years of travel that I felt as if I was on another planet altogether. It’s that magical, that bizarre, that stunning, that unbelievably remote of a destination.

And that’s why more people should travel to Socotra Island! You can even fly there directly from the United Arab Emirates so that you bypass the mainland of Yemen altogether. And once there, I guarantee that you will not want to leave.

Just have a look at this highlight video I put together from my own visit:

Announcing the “Wander Across Socotra” Tour!

I’m still working out the details but the tour, part of Wandering Earl Tours, will take place either over New Year’s (for the most unique New Year’s celebration you could possibly have anywhere) or sometime in January 2014. And since this tour will have limited space, if you might be interested, let me know so that I can add you to the list!

*For more information on travel logistics, have a read of the following written by my friend and fellow travel blogger Anil from FoxNomad.com: How to Travel to Yemen and Socotra Island

*You can also listen below to the podcast I did over at Amateur Traveler about Socotra Island and Yemen in general:


Who wants to travel to Socotra Island???