How To Travel Long Distances For Little Money

How To Travel Long Distances For Little Money 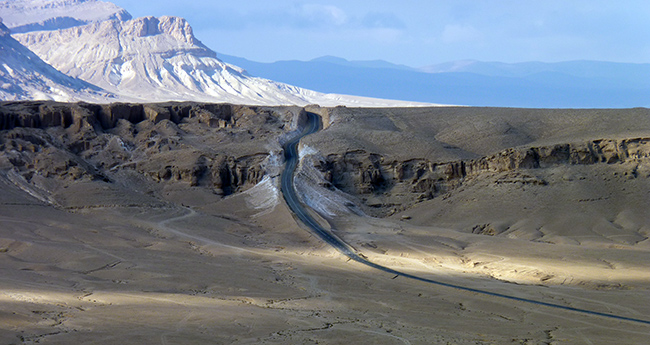 When I first began researching how I was going to get from Bucharest to Ulcinj, Montenegro, the first destination of my upcoming trip to the Balkans, I started off by checking airfares. I figured that flying there would just be the easiest method and considering that the distance is a lengthy, but reasonable, 850 kms / 470 miles between the two places, how expensive could the airfare be?

Well, the answer turned out to be ‘very expensive’. My initial airfare searches gave me fares of around $500 USD one way. And all I needed was a one-way ticket because my return route would be overland, with stops in Albania, Macedonia, Kosovo, Serbia and Bulgaria along the way.

And not only were the flight options $500 or more, they all involved one or two stops and total durations ranging from 10 to 23 hours.

It was time to look for a Plan B.

No luck. The lowest fare was $454 to Tirana but involved an 11-hour layover in Istanbul.

Bear with me. You’ll soon see where this is headed.

Knowing that sometimes a round-trip ticket can actually be cheaper than a one-way ticket, I then searched for such tickets on all the routes above. But I couldn’t find anything cheaper in this particular case.

Thinking that it was perhaps time to abandon my hope of flying to Montenegro, I began looking at the bus and train options available to me. There seemed to be two that were somewhat reasonable.

The first option was to take a train from Bucharest to Belgrade, Serbia followed by an overnight, 13-hour bus or train ride to the capital of Montenegro. The total cost would be about $125 USD and take a total of 33 hours.

Unfortunately, however, I soon learned that the train from Bucharest to Belgrade is no longer in operation, the route having been canceled just two weeks ago.

The second option was to take a bus from Bucharest across the Bulgarian border to the Bulgarian town of Rousse. From there, buses depart somewhat regularly for Sofia, making the trip in about 5.5 hours. Once in Sofia, there is an afternoon minibus to the town of Nis, Serbia, a journey of about 3 hours, allowing you to connect to another minibus that covers the journey from Nis to Podgorica, Montenegro in about 13 hours. The total cost for this option would be about $120 USD and take a total of approximately 25 hours as long as you have smooth connections.

This second option actually looked quite good to me but that excitement quickly disappeared upon learning that there would be no smooth connections as the bus schedules for each segment did not match up too well. In the end, it would take closer to 38 hours to complete the journey.

At this point, I had no idea what to do and so I stopped doing research altogether for a couple of days. If I had looked at one more online flight search engine, Bulgarian bus website or Romanian train timetable, I was going to throw my rubber duck out the window.

But once I calmed down a bit, and those two days without research passed, I suddenly realized that I had less than a week to figure this stuff out.

Just for the fun of it, I decided to search for airfare one last time, hoping that some random airline would be offering some ridiculously low fare for the exact route, date and time I was looking for. However, for some reason, I accidentally entered “Belgrade” into the search engine as my “From” airport and not Bucharest. It was just a mistake and I didn’t notice it until the airfares started popping up.

Right there before me on my laptop screen was a flight from Belgrade to Podgorica, Montenegro on Montenegro Airlines for a mere $75 USD. Instead of a 13-hour bus ride, I could enjoy a 40-minute flight for just $35 more than the bus ticket. Interesting.

After another few minutes of research I then discovered that a private company offers daily minibus shuttle service between Timisoara, Romania and Belgrade, Serbia, picking you up and dropping you offer wherever you want in each location.

And then I found an overnight train from Bucharest to Timisoara that would arrive in Timisoara in time to catch that shuttle bus to Belgrade. Perfect.

The only downside of this plan is that I would arrive in Belgrade at around 12pm on July 5th and my flight wouldn’t be until the morning of the 6th. But if spending almost a full day and a full night in Belgrade is a downside, count me in!

View Bucharest, Romania to Ulcinj, Montenegro in a larger map

So, in the end, my journey will be as follows…

And while this journey will take me around 35 hours to complete, it involves the comfort of a sleeper car on an overnight train, almost one full day plus one night in a hostel in Belgrade, and then a short, inexpensive hop of a flight to Montenegro.

Also, I’ll only end up spending around $180 USD for this trip, which is far less than the the 15-hour, $500 flights I originally found and just a little more money than the other bus options that would have taken me even longer.

So what’s the point of this post? Get creative when planning your travels! This is how you can save a great deal of money while finding the best options for your journey.

Look for flights to alternative airports, look for round-trip tickets even if you only need a one-way. Break up your trip into segments and search for two separate one-way tickets (in my case, Bucharest to Belgrade and Belgrade to Podgorica). Look for bus/train/plane/shuttle bus combinations. Find out which budget or regional airlines fly the routes you’re looking for. Search their websites directly. Change your dates around. Don’t be afraid to spend the night somewhere mid-journey as it gives you a chance to rest and visit another destination.

I’m often asked how I can afford to travel all over the place so much. Flights must be expensive, right? The above description of how I planned my upcoming Balkan trip is my answer. It doesn’t have to be expensive at all if you are willing to get creative!