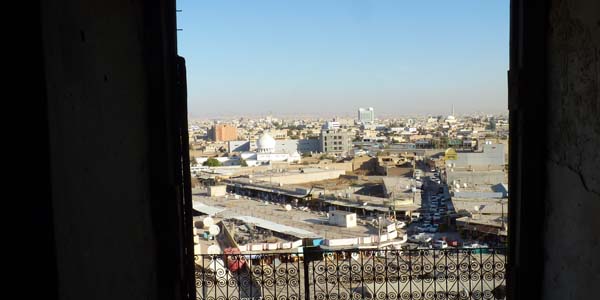 To all of you out there who know what you’re doing with a camera, consider the following a compliment to you. The photographs you share are more than impressive. There’s no denying that. And I could spend hours and hours every single day staring at your perfect photos, entranced by the slices of life from around the world that you capture so damn well and that you choose to share with the rest of us.

Of course, as a member of ‘the rest of us’, I like to pick up my camera and snap a few photos from time to time as well. There’s no way I’m about to pretend that I take excellent photos, but I’m fine with that and am usually content with what I end up with.

On the other hand, I’d be lying if I said I didn’t wish that I could take brilliant photos on a regular basis as well, just as you professional photographers and others who have mastered the art know how to do. And yes, I know that I could easily learn how to improve my photos, but the truth is, it’s not very high up on my list of things to accomplish. Despite making sure that every camera I purchase has more manual settings and controls than the previous camera I owned, and despite telling myself over and over that ‘this time I’m going to learn’, I never do find the motivation to learn in the end and I typically find myself just messing around with the buttons once again, using the little knowledge I do have to continue taking average photographs.

And even though there is no shortage of flawless photos out there to look at each day, I have a feeling that the majority of us travelers possess similarly average photographic skills. I’m not judging anyone at all, and I will say that most of the travel blogs I read display photos that are of a higher quality than mine (just wait until you see the photos below and you’ll agree), but it just makes sense that superior photography wouldn’t be so superior without the rest of us offering up mostly average shots.

Anyway, this definitely shouldn’t deter anyone from taking photographs, as the quality of the photograph really doesn’t matter so much to many of us. The moments we capture are preserved regardless of whether or not the lighting is perfect. We’ll still have memories of our adventures even if we accidentally cut the head off (in the photo) of a new friend we meet on the bus.

As an example, only a few days ago, as I randomly looked through all of the photos from my recent Middle East trip, I found myself instantly being transported straight back to the streets of Aleppo and the streets of Sulamainiyah. Of course, I also found myself laughing out loud quite often because many of my photos were just plain terrible, and these were actually the photos that I felt were worth saving!

However, even though these photos were of such poor quality, I suddenly found myself wanting to share them on this site. I’ve thought about sharing more photos before and the only thing that has held me back from doing so is the fact that I knew my photos were crap in comparison to what makes up the many “Weekly” or “Daily” photo series on other blogs.

But what’s the big deal really? Why can’t I share some more of my photos too? After all, even bad photos tell a story.

So, for all of us travelers who take sub-par photos during our travels, this series is for you. And the first installment of my Terrible Photos series begins with some of the worst photographs I took during my trip to the Middle East.

This is a photo of Beirut, Lebanon. More specifically, it is a photo of a random man in a soccer uniform running across the street in front of an ugly overpass in Beirut. Pretty sweet shot, huh?

I took this gem while roaming around completely lost in the Adlieh and Sioufi neighborhoods of the city, when I was looking for the little-known Beirut Art Center. For some asinine reason, while standing on a random street corner, I thought I noticed the perfect shot. Quickly fumbling for my camera, I put all of my faith in my new Panasonic FZ-38 and took the photo.

This photo was taken inside of the Citadel in Aleppo, Syria. As I walked around this large hilltop site, I suddenly came upon a door while walking through a stone tunnel and I decided to enter. And after a few steps, there I stood, all alone, in front of these two guys. I immediately pulled out my camera thinking I had a wonderful photo opportunity in front of me, but it turned out to be, well, a photo of two half-naked mannequins.

While in the Kurdish city of Erbil in Northern Iraq, I snapped this shot for some reason. Had I turned to the right, I would have taken a photo of the magnificent Erbil Citadel, but apparently I thought that two Iraqi communication towers and a small water fountain would make for a much better image.

Only after I left the 5000 year old, mountaintop village of Amediyah (also in Northern Iraq) did I realize that instead of taking photos of the ancient structures and wild surrounding scenery, I ended up taking two dozen photos of basic stone buildings, such as the one above. I really have no idea why I did this and am a bit bummed that it’s all I have to remember this place. I’d have to say that it’s location at the foot of the Beshesh Mountains was the most spectacular of any village I came across in the Middle East. It’s no surprise then that I screwed this one up!

The New Mosque in Istanbul is a beautiful building, its interior full of color and intricate designs. As a result, it was only natural for me to want to try and be creative with my photos. Unfortunately, I’m not so good at taking regular photos, so I really didn’t have a chance at all with my creative attempts and ended up with a handful of shots, such as the above, that typically give me a headache when I look at them.

Well, there’s plenty more but I think I’ll keep it at that for now. Although, it actually feels quite good to put those photos out there. Perhaps I’ll add to this series with a Terrible Photos of Southeast Asia or Terrible Photos of Australia version in the near future!

How’s your photography skills? Above average, average or as pathetic as mine?