This is the second post of a relatively new series called “Terrible Photos” in which I openly share with you some of the terrible photos I’ve taken during my travels. I do not try and hide the fact that my photographic skills are not very well developed at all. And for anyone who might have read the first post in this series – Terrible Photos of the Middle East – you should be well aware of what’s in store for you with this post… 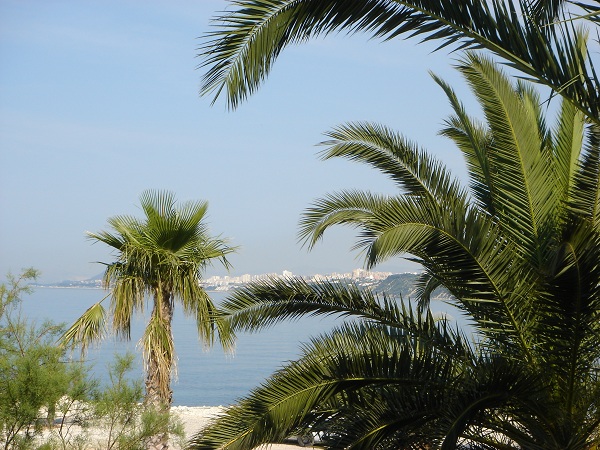 There is nothing quite like a shot of the Adriatic Sea, with a stretch of land in the background and with the leaves of a beautiful, lush green, exotic-looking tree acting as a frame for the entire scene. There’s also nothing quite like a similar shot in which the leaves of such a tree almost completely cover up the scene, leaving the land in the background barely visible. That, my friends, is a photo of the town of Split, Croatia.

Let us now transport ourselves to Florence, Italy, a city so pleasing to the eye at times that even the least skilled photographers among us should find little difficulty in capturing impressive shots. In reality, the only way that one could screw up a photo here, especially a photo of that recognizable Florence Cathedral (Duomo), would be to take a photo with that domed building in the distance, off to the left, with a construction crane to its right and perhaps an ugly wall with bushes and weeds in front of it located in the foreground. Hmmm….

The above two photos represent exactly 25% of the total number of photos I took during a visit to Sweden a few years ago. I took these while walking around the grounds of a small castle located on the outskirts of the town of Vasteras. Did I take a photo of the complete castle itself? I did not.

It seems that during this visit to Barcelona’s famous La Sagrada Familia, my fascination with including construction equipment in my photos was born. I’ll just blame this one on the fact that I only had a couple of hours of free time that day and was in a great rush to get back to the cruise ship I was working on at the time.

When you arrive in Trencin, Slovakia, there is one building that dominates the view, the medieval Trencin Castle, located high above town on a rocky hilltop. Yup. This is my photo of it. My only photo of it.

During my trip to Croatia (the same trip during which I took the first photo), a friend and I drove down to the coastal town of Dubrovnik. The interesting part about this drive is that at one point, the main highway to Dubrovnik leaves Croatia and passes through Bosnia-Hercegovina for a few minutes. You guessed it. The above is my only photo of Bosnia-Hercegovina. And isn’t she a beauty?

That concludes this installment of the Terrible Photos series. In all honestly, I can’t believe you made it this far and I certainly appreciate you putting up with my poor photography.

And if you have any basic tips to share, please do leave them in the comments!