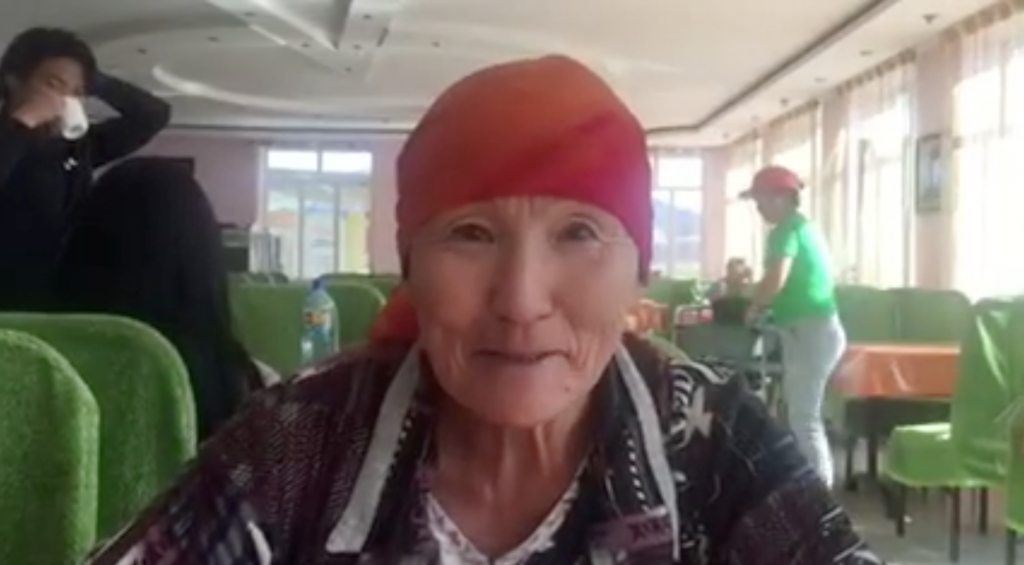 Her name is Tamara.

And because of her I shed a tear.

Back in 2014, I wrote about this woman who lives in the small, simple town of Tamga, near the banks of Issyk-Kul Lake, in Eastern Kyrgyzstan. I met her completely by accident and I randomly ended up staying at her guesthouse, the Askar & Tamara Guesthouse, for a couple of nights.

You can read the complete story here: My Experience in Tamga, Kyrgyzstan is Exactly Why I Love Travel

To make a long story short though, Tamara was an exceptional person. She was so willing to share the tales of her life and teach me about her culture. She was also passionate about learning how people live in other parts of the world and she loved communicating with foreigners, even though very few passed through her town.

Without a doubt, Tamara was one of the most welcoming, kind and generous human beings I’ve met during my travels and we quickly became friends. In fact, I knew right away that this would be one of those travel friendships that would not end once I left the country, even though it was almost impossible for us to communicate.

And that’s why, when she told me about her desire to have a popular guesthouse so that she could help more travelers discover her hometown and the area where she had spent most of her life, I wanted to do something.

After leaving Tamga, I decided that I would tell anyone and everyone that I could about Tamara and her guesthouse. I wanted travelers to visit the town, stay there and have the incredible experience that I knew they would have, with Tamara as their host. So, that’s what I’ve done…I’ve told travelers who were planning on going to Kyrgyzstan and even travelers who had no plans to visit this country, that they must pass through Tamga at some point.

I even had my Wandering Earl “Wander Across Kyrgyzstan tour” spend a night at her guesthouse this past June and according to the feedback from the group, it was one of the highlights of the trip (I was not on that trip myself unfortunately).

But of course, apart from my group, I really had no idea who was actually going to Tamga, or if anyone was going at all. Tamara doesn’t have email and, as I mentioned, there was no real way for us to stay in touch.

Last week, I received a note from my friend (and brilliant photographer) Kym Pham, saying that she had a little message for me. She included a link. It was a link to a video. I opened it and watched…

And perhaps it’s not possible for anyone else to understand, but that video is what made a tear drop from my eye.

I’m not fully sure why, but it did.

Maybe it was from hearing about the success that Tamara has had and all the travelers that are now coming to her place, putting Tamga on the map.

Maybe it was because the video made it seem as if I was right there, in the remote mountains, chatting with an old friend.

But maybe it was the simple reminder that the interactions we have while traveling are so often more than just a fleeting moment of idle chit-chat. Those conversations and the time spent with new people we come across, however brief or lengthy, can actually change lives in a major way, including our own.

And if a person who grew up just outside of Boston and a person who grew up in the remote mountains of Kyrgyzstan can create a bond that crosses the planet, pays no attention to the differences between them and impacts each others lives in ways that each could never have imagined…

…it really is difficult to argue about the value of travel.

Do you have a story about someone you’ve met while traveling and how your interaction impacted one or both of your lives? Please do share!