Three Weeks In India…A Recap Of My First Tour

Three Weeks In India…A Recap Of My First Tour 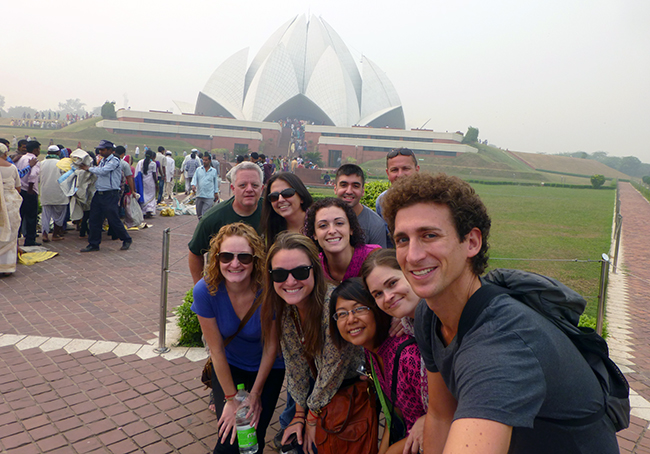 My very first Wandering Earl Tour – the Welcome to India Tour – came to an end last night. Our group had our last meal together, our last conversations and our last laughs and today, everyone heads off in separate directions after having spent the past 19 days in each others company.

For me, this tour was a tremendous experience and I really do feel that the entire adventure was a success. The feedback has been positive from those who participated and hopefully, they all had as rewarding a trip as they envisioned when they had originally signed up to spend three weeks in India wandering around with me.

It had always been my goal, ever since I started working on the itinerary several months ago, to offer the most diverse Indian experience possible in the time we had, an experience that would be ideal for first-time travelers to this immense country.

And after some picking and choosing, eliminating and replacing, I eventually came up with a final list of destinations and a route that connected them all. It’s impossible to see everything in India, regardless of how long you spend here, but this particular route seemed to match the goal of the tour the best.

So where did we go on this Welcome to India Tour?

We began in Delhi, a chaotic city for sure, but one that is full of interesting experiences, including Akshardham Temple, the Lotus Temple, the streets and markets of Old Delhi, India’s largest mosque and some excellent dining opportunities. And we managed to organize an excellent rooftop dinner as well complete with live Indian classical music… 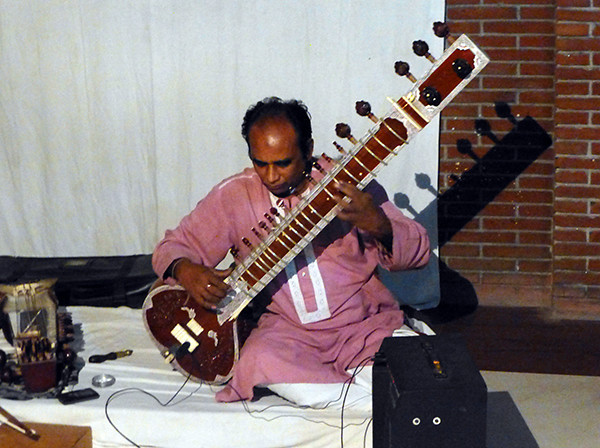 However, once in Amritsar, we visited the magnificent Golden Temple, the holiest temple of the Sikh religion, before taking a drive to the Indo/Pakistan border to watch the bizarre evening border ceremony that takes place every day… 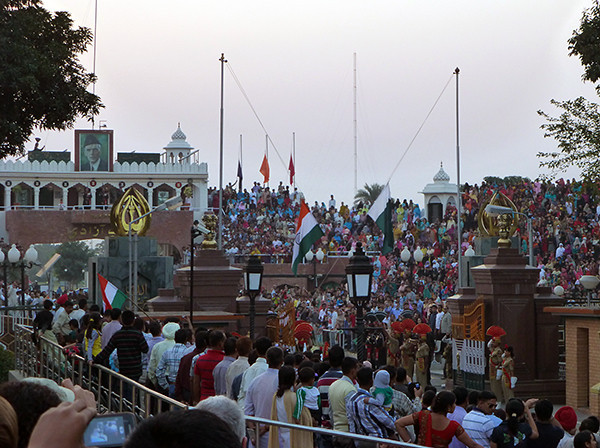 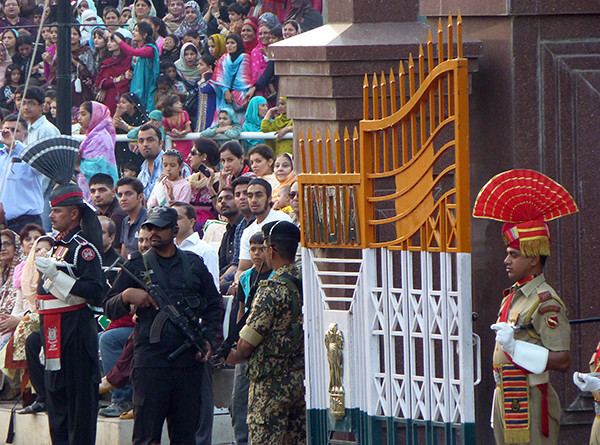 Our next stop was the Tibetan community, and home of the Dalai Lama and the Tibetan Government in Exile, called McLeod Ganj, a large village in the foothills of the Himalayas located some 2000 meters (6000 feet) above sea level. We spent a relaxing four days here, doing everything from visiting the peaceful Buddhist temples, exploring the mountains and nearby villages on a four hour hike, eating platefuls and bowlfuls of simple, yet delicious, Tibetan food items such as thentuk, thukpa and momos, taking a Tibetan cooking class and spending a morning at the beautiful Norbulingka Institute among other things…this town is addicting and even after four days many members of the group wished we were staying longer! 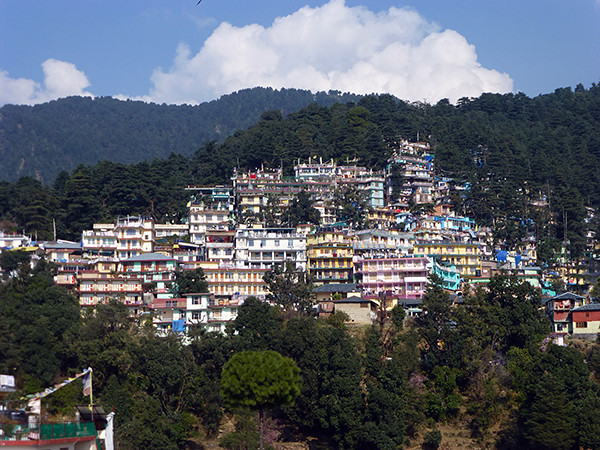 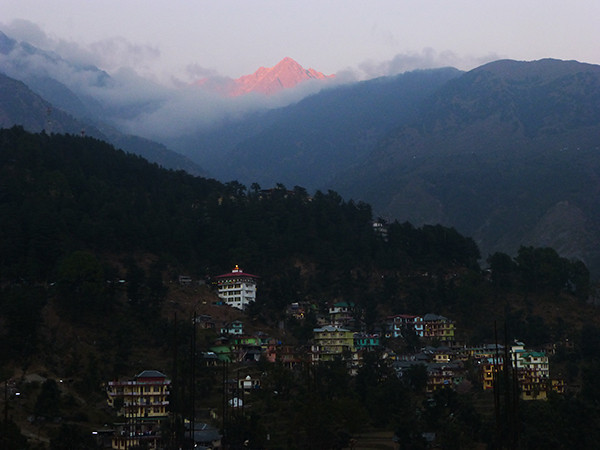 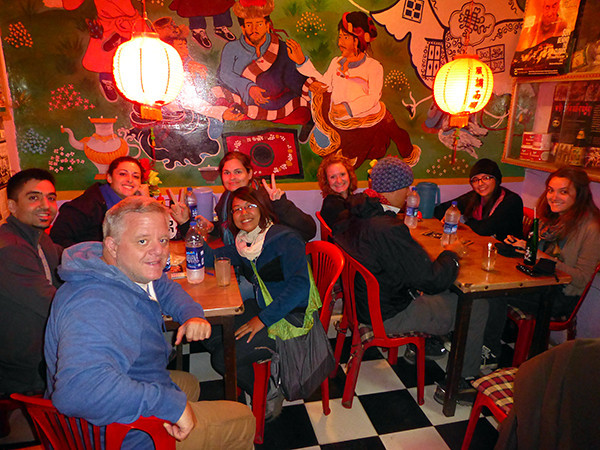 Eventually, we pulled away from McLeod Ganj and took an overnight bus down the mountains and into the neighboring state of Uttarakhand, where we arrived in the town of Rishikesh early one morning. And after checking into our guesthouse in the quiet Laxman Jhula neighborhood located right along the holy Ganges River, we spent the next three days waking up to hypnotic music and chanting coming from the nearby ashrams, wandering around the temples, visiting the markets, eating very well (this was consistent throughout the tour!) and spending our evenings watching the puja ceremonies, one at the Parmarth Niketan Temple in Rishikesh and a larger ceremony at Har-ki-Pauri in the nearby holy town of Haridwar… 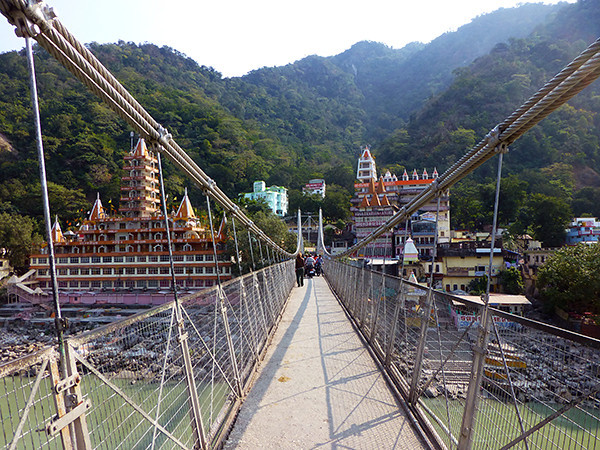 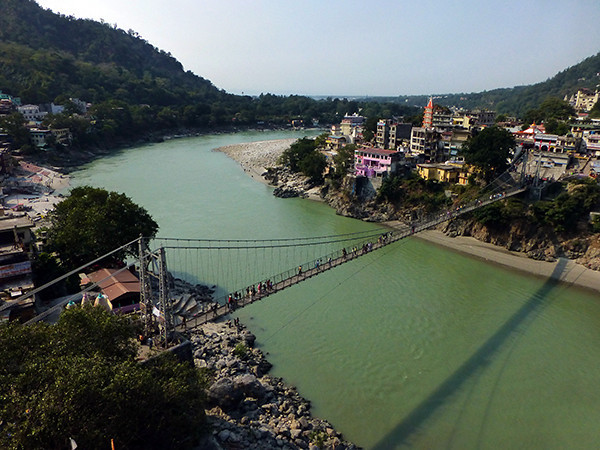 We left Rishikesh on November 13th, which also happened to be the main day of celebrations for the Diwali Festival, one of the most important festivals of the year. Our destination was Agra, some 8 hours away, and after a lunch stop in the village of Shahpur (which was the home village of Ajay, the guy who helped me organize certain aspects of this itinerary), we arrived at our hotel just before 7:00pm. Unfortunately, in terms of a Diwali celebration, there wasn’t much happening in the streets of Agra near our hotel apart from the frequent explosions of huge bomb-like firecrackers that were apparently designed for the sole purpose of blowing out people’s ear drums. And combine this with the fact that everyone was exhausted from the long day of driving, we just ended up having a quick dinner and then going straight to sleep.

The following day, the group went to see a Bollywood movie in the morning and to the Taj Mahal in the afternoon, however, both myself and Anil (my friend from FoxNomad.com who assisted me with this trip) did not participate. We were both suffering from Delhi belly and were unable to leave our room for about 36 hours.

After two nights in Agra, we were off to the state of Rajasthan, and our first destination, after a 9 hour journey along some of the poorest roads we came across in India, was the magical town of Bundi. And just moments after arriving, I think everyone quickly forgot about the challenging, bumpy, noisy drive to get here as the sight of the massive palace on the hill, of the fortress high above and the pastel blue homes down below immediately put everyone in a good mood. For two days we soaked up the laid-back, super-friendly atmosphere of this town, exploring the impressive palace, watching the sunset from the fortress and conversing with all of the locals who were interested in having a chat. It’s no surprise that statements such as “this place is not like the rest of India” were heard quite frequently among the group. 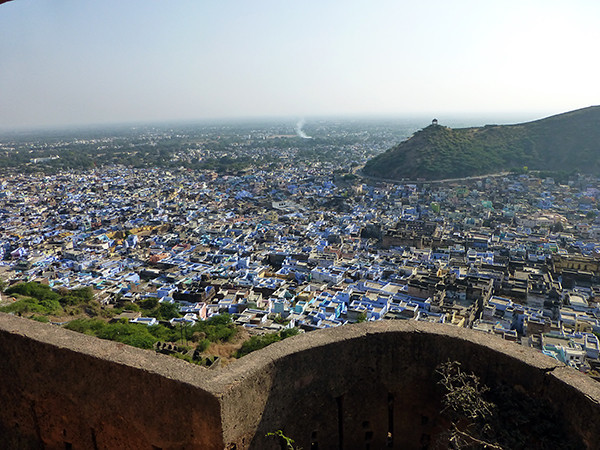 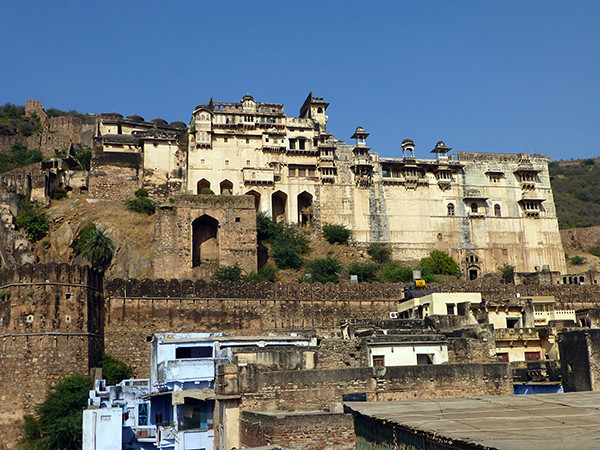 On November 17th, we began our final journey together, a journey that took us from Bundi to the impressive city of Udaipur. And even though this trip took about 7 hours, we had a 2 hour break at the Chittorgarh Fort halfway, a fort that was built in the 7th century and is apparently the largest in India. Inside the massive grounds one can find a collection of palaces, temples, holy lakes and the striking Victory Tower… 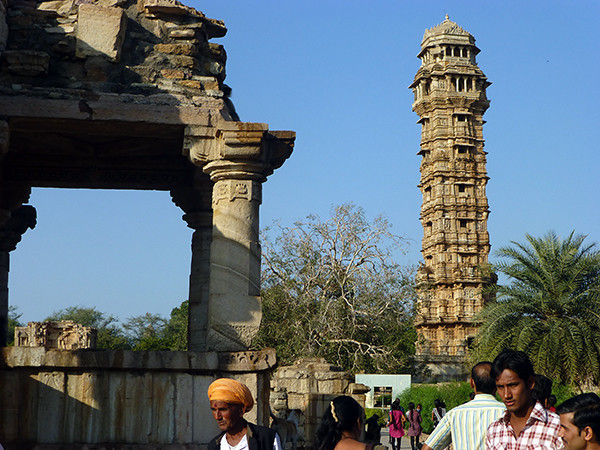 And then we arrived in Udaipur in the evening and the exploration of our final destination was underway. Over the next two days, we would walk around the Lal Ghat and Jagdish Temple areas, across the foot bridge to the other side of Lake Pichola, we would eat at the famous Biriyani House and the even more famous Natraj Lodge and we would spend a late afternoon at the Monsoon Palace, located on top of a mountain some 5 kilometers out of town, with some amazing views of the surrounding countryside. 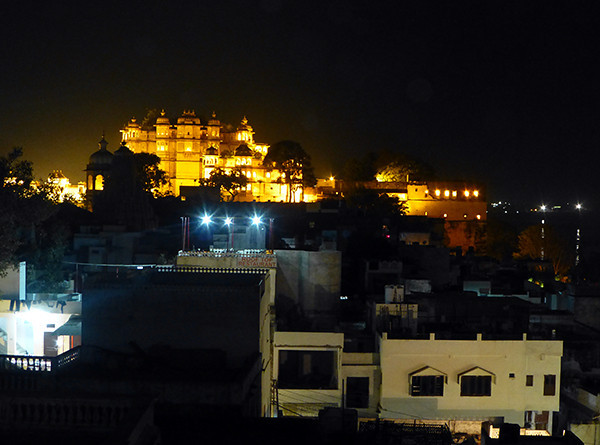 And of course, we also had a celebration while in Udaipur, a simple end-of-the-tour dinner party, an Indian meal and some drinks, on the rooftop of our hotel, overlooking the beautiful City Palace and the shining lake below.

Now I can’t speak for everyone else on the tour, but as we did eat that last meal and I looked around at everyone, listening to all the talking and laughing and storytelling, I certainly felt honored to have spent time with such a wonderful group of people on this first trip.

I was genuinely happy as the tour came to an end, not because everyone was leaving, but because I believe that this adventure was an overall success for all those who participated.

So, I now want to thank every single one of you who joined this first tour here in India. It was an absolute pleasure traveling with you and getting to know you as friends. And based on my experience over the years, it is almost certain that we shall run into each other again at some point down the road.

In the meantime, I now look forward with great excitement to the Wandering Earl Tours that I shall be offering next year. My tour to Mexico in March shall be announced within the week!