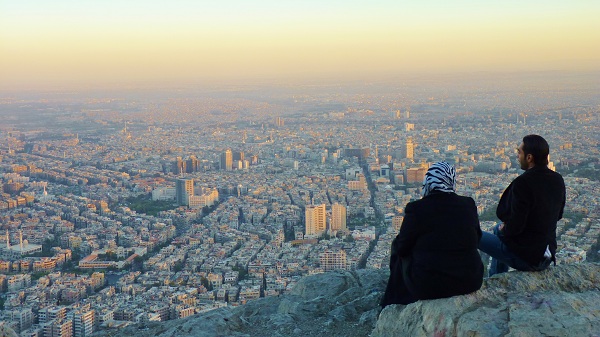 Last night I was sitting here in my room in Bucharest at 12.45am. I was exhausted from not being able to sleep the night before due to a severe headache. But despite the exhaustion, despite the headache, I turned on my laptop. I really wanted to try and reply to a few of the emails in my inbox, emails that had piled up quickly over the past few days, before I went to sleep.

However, before I started with the emails, I decided to open up Tweetdeck and send a few tweets out on Twitter because I hadn’t paid much attention to Twitter as of late. I did this for about ten minutes before going back to my email inbox once again where, somehow, another four emails had arrived in that short period of time. I felt my arms tense up for a moment upon realizing that I had received 74 blog- and work-related emails over the previous 24 hours.

After a big yawn, I attempted to answer the oldest message, but as I started replying, I suddenly began to think of all the work I currently have on my to-do list. As I mentioned in a recent post, I am quite inspired these days to accomplish many of the goals I’ve set for myself, yet I still find myself a little overwhelmed from time to time.

If a day goes by without me spending a good chunk of it working on my projects, I quickly fall behind. And last night, as the emails continued to pile up, as another day passed without me finding time to work on my new eBook, as my to-do list grew, as I neglected Twitter and Facebook for yet another day, I simply felt frustrated. So, I just stared at my computer screen, unable to do anything except shake my head in disbelief at the sheer amount of work I had ahead of me.

I then went into the kitchen, sat down and drank some orange juice. I washed the dishes. I folded two shirts and then unfolded them and then folded them again. And by the time I felt ready to sit down one more time and try to answer a few emails so that I could finally go to sleep comforted by an inbox that was down to a reasonable level, it was already 2am.

Thinking to myself, “I must go to sleep by 2.30am”, and with sleepy, half-closed eyes, I opened the next email and typed out a reply. And then I opened another…but before I could even finish reading it, I heard that all too familiar ‘bling’ sound coming from my Facebook page that I had accidentally left open. Someone wanted to chat with me and I swear to you, I was just not in the mood.

For a few seconds, as I let the increasing frustration of not being able to get anything done sink in, I thought about closing my Facebook page without even checking who had sent the message. But then, as if I needed to see who I should blame for interrupting my work, I decided that I should at least find out who it was.

NOT WHAT I EXPECTED

After angrily switching over to Facebook, right then and there, at 2.10am, as I was about to hit a low point and thoughts of tossing my laptop into a river began to resurface, I saw a message from a Syrian friend of mine whom I had met during my travels to Syria at the end of 2010.

He just wanted to say hello.

Naturally, I responded to his message and given the current situation in Syria, in which the government is attacking and killing its own people, I asked him how he was doing.

His response was short yet powerful. In fact, as I read his words, the entire frustration that I had felt up until that point instantly disappeared. My friend told me, “We are all just sitting here wondering when we are going to die”.

Here I am complaining about emails and Twitter and my friend is worrying about being killed by bombs that he informed me were “falling every day” in Aleppo, the city where he lives. And knowing how peaceful and beautiful and full of warm, friendly people this city was when I visited, enough so to keep me there for five weeks, it is simply heart-breaking to think of what’s happening right now.

My friend and I ended up chatting for about 45 minutes but to be honest, the entire time I felt quite embarrassed. After all, how can I respond to his question of “So, how are you?” while I’m sitting in an apartment in Bucharest, working online and trying to decide if I can squeeze in another short trip to Istanbul in the near future…and he is dealing with such a terrifying situation.

We continued to exchange messages, but they were quite basic given my friend’s fear of discussing any specifics. However, one thing was certain…by the time we finally did say goodbye and I proceeded to log off Facebook, I was without a doubt a different person than the one who was exhausted and upset at 2.30am. When I went to check my inbox again, and I discovered that another 8 emails had arrived while I was chatting with my friend, I no longer cared…at all.

All I could think about was my friend, sitting in his home in Syria, with nothing to do but listen to the bombs and wonder if today will be his last day of life.

If you’re reading this, chances are that you’re in a much better situation in life than my friend and countless other Syrians as well. And that is something we should all remember. We should remember that fact the next time we get frustrated with our own daily happenings or the next time we get upset about something as stupid as our overflowing inboxes.

I know I’ll remember that from now on. And I will also remember to spend a great deal of time each day thinking about those who really do have something to worry about.

It is my sincere hope that you will join me in taking a moment to realize how lucky we are and that the hiccups and obstacles we face in our lives are often just plain silly in comparison to what some of our other fellow human beings are facing.