The Taxis of Kabul

The Taxis of Kabul

The fact that Kabul lacks anything resembling efficient planning and the fact that street signs are as common as synagogues (there is one!), naturally leads one to believe that tackling this metropolis by foot would be a foolish endeavor. Certainly it would be much easier to jump into one of the 40,000 registered taxis driving around the city, pay the ridiculously cheap fare and enjoy a comfortable ride to your next destination.

However, as any visitor to Kabul quickly discovers, one’s feet, despite the never-ending maze of nameless roads and the abundance of heavily-armed citizens, are infinitely more reliable than any local taxi you’ll find.

When I had walked out of my hotel (read this and if you’ve ever stayed in a nastier hotel, I’d love to know about it!) in the Zar Nagar section of town, I wanted to pay a visit to the Iranian Embassy. (Even though US citizens are not able to obtain independent travel visas to Iran, I figured I would give it a try anyway.) Assuming that a taxi would offer the most direct, and safest, journey across this mysterious city, I flagged down the first one I saw.

NOT AS EASY AS I THOUGHT

I jumped in and gave the driver my destination, which the manager at my hotel had written down in Persian on a scrap of paper. The driver read the note, pointed off into the distance and nodded his head several times. He then drove me three blocks down the road, stopped the vehicle, turned around, shrugged his shoulders and said “Sorry!”. When I repeated the words “Iran Embassy”, he just shrugged his shoulders one more time.

A bit confused, I climbed out of the taxi and immediately hailed another one. But this time, before I opened the door, I asked the driver, “Iran Embassy?”. He confidently repeated the words several times and invited me to sit in the front passenger seat. Then, as we approached a traffic light two minutes later, the driver stopped the car and asked me whether he should go straight, turn left or turn right at the intersection.

My reply was a blank stare, which led the driver straight into a bout of hysterical laughter. And when he finally regained his composure, he simply threw his arms up in the air and, with a smile on his face, informed me, “You go bye bye”.

You see where this is going I’m sure.

It took me forty minutes to hail another taxi, and after being driven around in circles for twenty more minutes, I found myself being politely kicked out once again.

Finally, the fourth taxi of the day was able to take me the rest of the way to the Iranian Embassy, dropping me off exactly 90 minutes after I had left my hotel. It felt as if I had traveled across the entire country, but I later discovered that the Embassy was only 2 miles away from my hotel.

Unfortunately, my visit to the Iranian Embassy didn’t last long at all. As I crossed the street and walked toward the entrance, I stumbled straight into a group of over 500 Afghanis, all trying to storm the front door of the building despite being beaten with long wooden sticks by a handful of armed guards. Not wanting to get caught up in whatever situation was taking place, I quickly jogged off in the opposite direction. 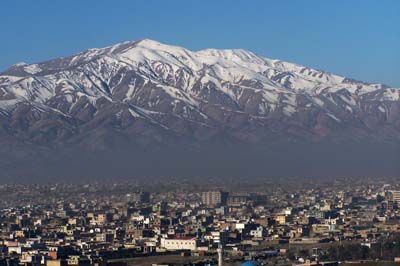 A DECISION TO MAKE

Confused, lost and a bit on edge, I seriously considered jumping into another taxi. But after the first driver that approached me shook his head when I mentioned the name of my hotel, I decided to just start walking instead. And off I went, despite having no idea where I was going.

However, it should come as no surprise that what turned out to be a six hour walk back to Zar Nagar proved to be the most rewarding and educational day of my visit to Afghanistan. During my adventure, I met a team of workers responsible for clearing the mine fields in the heart of the city, a group of children who insisted on holding my hand and guiding me around their neighborhood, the famous ‘King Fixer of Kabul’ Wais Faizi, a woman who had started one of Kabul’s first internet cafes and a friendly travel agent who was determined to grow his business despite having lost his sight and one of his legs in a bomb explosion.

Let me just say that when I finally walked back into my hotel room that evening, I was a different person from the one who had hailed that first taxi almost nine hours earlier.

The following morning, as I ate a breakfast of watery spinach and mushy peas with bread, the owner of the restaurant came over and sat down next to me. We had a good conversation, especially when he explained why my taxi experience was the most common kind of taxi experience in Kabul.

Apparently, the need for taxis was quite non-existent during the days when the Taliban controlled the city as people were unable to move around too freely. When the Taliban left Kabul, taxis were suddenly in high demand as the city began to grow rapidly and its citizens now had places they needed to be taken to.

And so, just like that, hundreds of taxis appeared out of nowhere.

The only problem was that none of the drivers had any experience given the earlier absence of taxis and as a result, nobody had any clue how to get anywhere. In addition, new businesses, schools, hospitals and more were popping up all the time and there simply was no way for the taxi drivers to know the exact location of the growing list of potential destinations. Throw in the changing of street names, frequent road closures and a population that doesn’t speak a common language, and its quite understandable that taxi driver’s spend much of their time shrugging their shoulders and asking their passengers for directions. 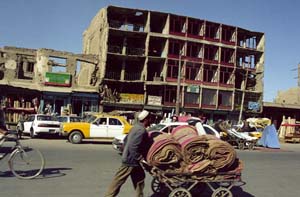 Needless to say, during the remainder of my stay in Kabul, I walked everywhere. Every day involved getting lost, several times at least, but by the end of my visit, it seemed that I had literally explored every single street, lane and alley. And all of that walking led to even more unforgettable interactions with an endless stream of local Kabulis, which is exactly what I hoped for when I made the decision to visit Afghanistan in the first place.

Of course, when I needed to get to the airport on my final day in order to catch my flight to Delhi, I did decide to give the Kabuli taxi system one last chance. After all, I didn’t feel too enthusiastic about walking the 16 miles with my backpack on.

Yet despite what I considered to be a very clear impression of an airplane – with my arms spread out wide, my back hunched over and airplane noises shooting out from my mouth – and despite hearing “Ah-ha!”, “Yes!” and “Okay!” several different times, I ended up being dropped off on three different street corners once again. Not one taxi driver knew how to get to the only International Airport in Kabul.

Luckily, just as I began calculating how fast I would need to run in order to reach the airport in time to catch my flight, another friendly local noticed me stranded on the side of the road and offered me a ride in his beat up SUV.