The “One Person Rule” That Can Change It All

The “One Person Rule” That Can Change It All 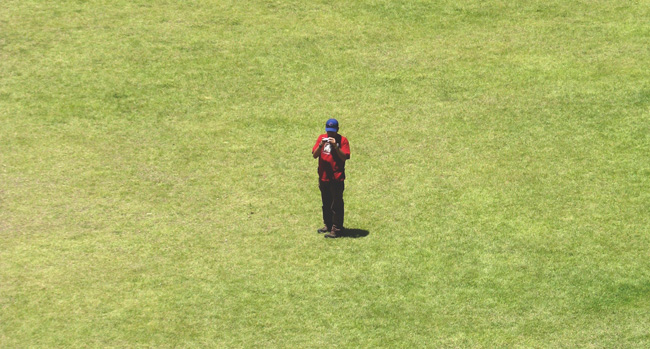 When I first began this blog several years ago, it was purely an experiment. I knew absolutely nothing about blogging and I had never really written much before, especially not for an audience.

I also had no idea how to attract readers, although that didn’t bother me since I never believed it was even possible for anyone apart from a few family members and close friends to be interested in what I had to say. Heck, I didn’t even know what I had to say or what I wanted to say.

And it turned out that my family and friends weren’t as interested as I had imagined anyway. After all, they were already familiar with my travel experiences since I had been traveling for ten years by the time I started WanderingEarl.com, so they understandably had little reason to hear about it all again.

Regardless, during those first couple of months, I wrote some posts anyway, mostly focusing on my experiences in Sayulita, Mexico (where I was living at the time) and some general travel thoughts. I wrote for fun, didn’t pay too much attention to the final result and didn’t care if someone actually read it.

Angelline was the first person to comment on my blog who wasn’t a family member or friend or friend of a friend. She commented on my post “Travel Rule: Buy Something, Throw Something Away” and I recall very clearly the morning when I returned to my apartment in Sayulita after a lengthy, and disappointing, surfing session, turned on my laptop and saw her words. She had written:

“Hey Earl, I’ll be packing next weekend for our upcoming trip to Puerto Vallarta (maybe I’ll see you in Sayulita)…anyway this blog has helped me re-think my packing plans. I will pack with the thought of any chacharas I buy in PV must include the rule of giving something away that I brought with me from home.”

My first reaction was, “Holy sh*t! Someone commented!” and then, after reading the comment over and over about a dozen times, I began running around my apartment giving imaginary high-fives to, well, every single one of the imaginary people that suddenly filled my bedroom, kitchen, living room and balcony.

And that’s the moment that changed the course of this blog.

A Few Beers & A Realization

After my high-five session had come to an end, I sat down in a chair with a bottle of Pacifico beer in hand and I did some thinking. First, I contemplated the idea that somehow, a random person out there in the world had not only found my blog but was actually interested enough to write a few words in response. That notion was absolutely mind-blowing and I wanted to try and understand what it all meant.

After a long while (enough time to drink a few beers) I eventually reached a simple, yet life-changing, conclusion.

If one person can find my blog, it is reasonable to believe that hundreds or thousands of people should also be able to find it. If one person is interested in what I write, there must be others who would be interested as well.

And, you guessed it, after this realization of the “One Person Rule”, I quickly found myself giving another round of high-fives before heading out to celebrate with actual human friends late into the night.

There was still plenty of work to be done of course, but the foundation had been set. The fact that one person had left a comment opened the door to endless possibilities.

How You Can Use This Rule In Life

If you’re starting your own blog, I encourage you to use this rule as well. I’m telling you, if one person has commented on your site, there’s no reason why you can’t enjoy 10 or even 100 comments on each post. Whoever that one person is, there are more people out there on this planet of 6+ billion who think the same or who are looking for the exact same information. As a result, your audience is definitely out there somewhere…you just need to go and find them.

Well, the “One Person Rule” applies to almost anything you may want to do in life. Just think…

When you seek out and find at least one person who is doing exactly what you want to do in life, you’re bound to enjoy a major boost in confidence and motivation.

Perhaps you want to travel but you have student loans to pay off or you can’t decide between starting a career or taking a year off to explore South America first or you really want to go to Australia and Asia but don’t know how you can fund that trip… concentrate on finding another person who has been in your situation and managed to make it happen. With the reach of the internet, it shouldn’t take you too long to find one person out there who has done what you want to do. Read their story, contact them and ask your questions and make the realization that if this one person has achieved such a goal, there is a great chance that you can do the same.

Maybe you want to start a business…what’s your idea? Email people you know and ask what they think. If one person replies that your idea would be very useful for them, well, chances are there are more people that will think the same way. One person is all it takes to gain momentum.

Do you dream of creating an actual lifestyle out of something that you’re passionate about? If you just sit around on your own thinking about how to turn your love of wine or horses or painting into something more than just a hobby, you’ll probably lose motivation at some point. You’ll start to ask yourself “How do I take the first step? Is this really possible? Am I being unrealistic?” and you’ll answer those questions with “It’s not going to work. I have no idea what to do. This is useless.”

Instead, I say, find one person who has already turned their passion into an actual lifestyle/career/job and learn directly from them. See what mistakes they made and listen to their advice, while always keeping in mind the “One Person Rule”. Use that one person you find as a constant reminder, as an unbreakable foundation of confidence and motivation, and the chance of you losing hope and giving up in frustration, will greatly diminish.

Let’s come back to this blog for a second. The truth is that everything I’ve done in relation to this site has been based on this “One Person Rule”.

– One person asked me for detailed information on how they could get a job on board a cruise ship and so I created my “How to Work on a Cruise Ship” guide. I reached the simple conclusion that if one person needed this information, there must be plenty of other people who were interested as well.

– Last year, one reader asked if I had ever thought of creating small-group tours to offer through this blog. I hadn’t thought of it before I received their email. It got me thinking though and, again, I reached the conclusion that if one person was interested in joining me on a tour, there could very well be many others. And that’s how my Wandering Earl Tours project began.

And those are just a couple of examples out of many instances where I’ve used the “One Person Rule”. In fact, if you leave a comment on this site and you ask a question, I will often use that question as the focus for an upcoming post. The reason is exactly what I’ve been talking about above. If one person is looking for that information, many people are probably looking for that information.

Keep in mind that I’m not trying to claim that following this rule makes everything easy. It merely provides a useful tool to base your decisions on. Hard work is always required, especially after making the realization that other people are interested in your idea or in your blog posts or after you find someone else who has managed to achieve similar goals to your own.

It’s not as if every post I wrote after “Travel Rule: Buy Something, Throw Something Away” was suddenly read by thousands of people simply because I now believed it was possible! But at the same time, I would never have started putting endless hours of effort into this site had I never received that original comment.

The first step towards anything, as they say, is typically the most difficult, and in my opinion, the first step is believing that what you’re trying to achieve is actually possible. The “One Person Rule” makes you believe.

And in my case, both in terms of this blog and my life in general, I have Angelline to thank for that.

What do you think? Have you used something similar? Does the above sound reasonable to you?