The Most Important Word In The World

The Most Important Word In The World

This article has been written as part of the “Most Important Word in the World” series, a collaborative project to inspire people to step outside their comfort zones and find adventure and friendship. Other contributors to the series are: 1 Year Sabbatical, Nomadtopia, the Dropout Diaries, Disrupting the Rabblement, Beyond Norms, Do Something Cool and A World of Inspiration.

Finally, I had found a town in Syria that was not as ridiculously super-friendly as all the rest. I had been expecting it to happen at some point, because, after all, it would be impossible for every single city, town and village in this country to maintain such a high standard of hospitality.

It’s not that the people I was now encountering were rude, but during my first two days in Palmyra, a small desert oasis surrounded by magnificent Roman ruins, the community seemed somewhat rougher than what I had become used to in other parts of Syria.

For example, my attempts at asking for directions were repeatedly either brushed away or completely ignored. Even when I went inside the “Tourist Office” in order to get a map of the ruins, I was told to leave because they were closed, even though the sign out front read “Open”, the front door was unlocked and there were two tourism staff members sitting at desks inside of the office.

And so, on my third day, while I was wandering the streets of town in search of a local place to eat lunch, I was no longer surprised by the lack of assistance I received. At one point, I simply gave up, stood on a street corner with hands on my hips and made the decision to buy some bananas from a shop near my hotel instead.

Of course, as most travelers would learn to expect, that’s also the very same moment that I heard a voice, in English, say “Hello.”

I turned around and found a middle-aged local man standing before me with a huge smile on his face and so I naturally returned his greeting, although all I could muster was a quick, mumbled “Salaam”. He then asked me if I was lost and when I explained that I was simply looking for some good local food, he didn’t hesitate for even one second before patting me on the back and stating, “Let’s go!”.  He then led me to his minivan which was parked across the street.

The next thing I knew we were speeding through the backstreets of Palmyra.

A FILLING LUNCH AND A NEW FRIEND

When we eventually pulled up to a local restaurant, my new friend, Samir, yelled out to a young guy behind the counter and two minutes later I had a large falafel sandwich in my hands. Samir even refused to let me pay. He also refused to let me pay for the local Palmyra-style sweets that he bought for me from a sweet shop down the road.

Samir then insisted on dropping me off in front of my hotel, and by this point, I was ecstatic that my opinion of Palmyra had been reversed as a result of this one experience. What I didn’t know at the time was that this was only the beginning…

Before driving away, Samir asked me to meet him outside of my hotel one hour later. That’s exactly what I did, and surprised was I to find myself inside his van once again, along with four of his friends, all of us on our way to the Camel Races, an annual event organized by the King of Qatar that takes place in the middle of the Syrian desert.

THE CAMEL RACES OF PALMYRA

The rest of the afternoon can best be described through the photos below. All I know is that I spent much of my time squished into the back of a pickup truck with about 20 others, all of whom were cheering loudly and pumping their fists in the air as we bounced along a dirt road alongside the racing camels. And I loved every single second of it.

As I tried to maintain my balance while kneeling on a sack of hay, the others around me held on to my shoulders to make sure I didn’t fall off the truck, while trying to encourage me to join in the cheering.

Samir and his friends kept a close eye on me as well, always checking in to make sure I was still enjoying myself. And of course I was enjoying myself. Considering how poorly my day began, I couldn’t be happier with the fact that I was now spending an afternoon in the mesmerizing desert, watching camel races and chatting with dozens of local villagers. Such experiences as these are exactly why I am addicted to wandering around this planet in the first place.

And it all began with a simple “hello”, a word that takes so little effort to utter, yet has the power to lead us on unimaginable adventures that can completely change the outcome of one minute, one day, one year or even an entire lifetime. 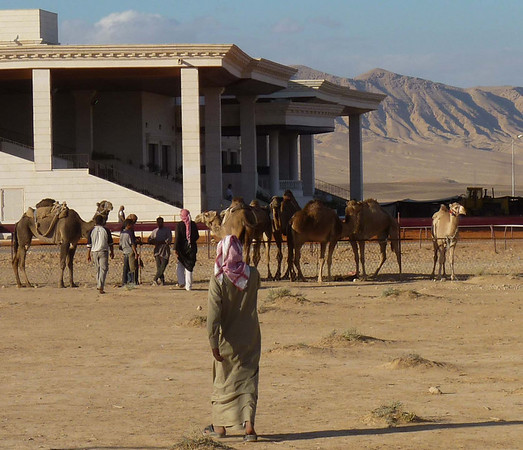 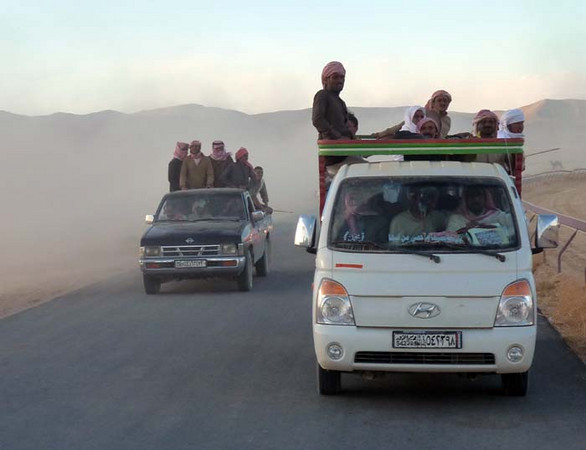 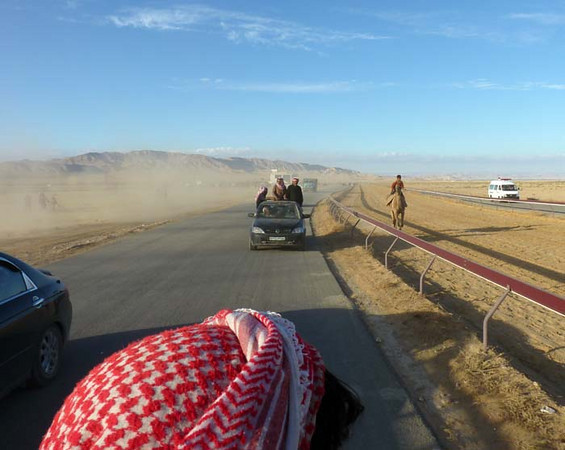