The Day I Was Followed By A Secret Agent In Beirut

The Day I Was Followed By A Secret Agent In Beirut

Standing at the reception desk of the shabby, low-budget Al-Shabaa Hotel in the Gemmayze neighborhood of Beirut, there was little I could do when the hotel owner informed me that the single room I had booked was no longer available. He apologized several times as he explained that due to the Eid al-Adha holiday, the city was overflowing with travelers and as a result, he was forced to turn all of his hotel rooms into dorm rooms in order to accommodate as many people as possible.

My options were to stay in a dorm room with three other people or to sleep on a thin mattress on the roof of the building, where twenty other travelers had already set up their ‘beds’. Considering that there were also people sleeping in the hallways and even two people sharing a narrow bench inside the kitchen, I happily agreed to take a bed in the dorm.

And so my stay in Beirut, Lebanon began…

For the first two nights, I shared the room with the same three people, two British travelers and a Jordanian driver who was driving a French couple (who was staying at a much nicer hotel) around the Middle East for a few weeks.

All was well in that room. Everyone got along just fine and in the evenings, after we had each spent the day doing our own thing (which in my case was exploring a neighborhood or two of this fascinating city), we would all walk over to Gouraud Street and eat dinner together. 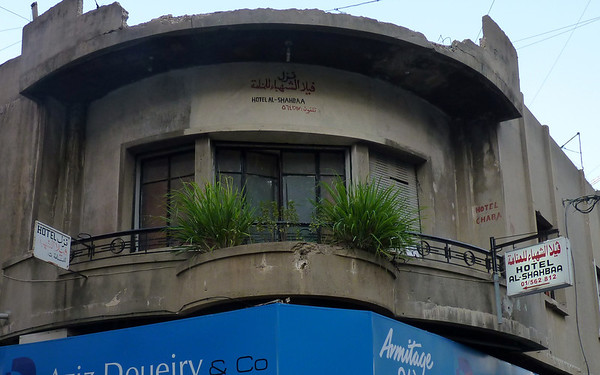 THE DAY I MET ‘DAVE’

My third day in Beirut started off just like the previous two. I woke up at 9:30am (everyone else in the room had already gone out by this time), I went into the hallway and waited in line for a shower and I then returned to my room to get dressed.

But when I returned to my room this time, I noticed that a new guy had apparently checked into the hotel while I was in the bathroom. He was a normal-looking fellow, possibly from a Middle Eastern country, with a thin beard and shiny brown shoes. He was sitting in a chair in the middle of the room with his feet up on the metal frame of the bed that the Jordanian driver had vacated earlier that morning. His small backpack leaned up against the wall at the foot of that bed and he had placed a packet of cigarettes on the pillow.

And while this new traveler did seem to give off a friendly vibe, I couldn’t help but notice that he appeared to be waiting for me when I had walked into the room.

After shaking hands and sharing pleasantries, ‘Dave’ told me that he was from a small town in Texas, something that wasn’t too surprising once I heard his strong Texan accent. He then continued to tell me more about himself as I started putting on my clothes…

This was his first trip abroad. He was planning to travel around the world indefinitely and Lebanon was his first stop (odd choice of a first destination I thought). I asked him if he had family in Lebanon and he said he did not. He told me that he was nervous about his trip, that he only spoke English, that his family didn’t approve of him leaving the US for such a long period of time and that he never wanted to return to his hometown again.

And then he informed me that he really wanted to visit Iran. 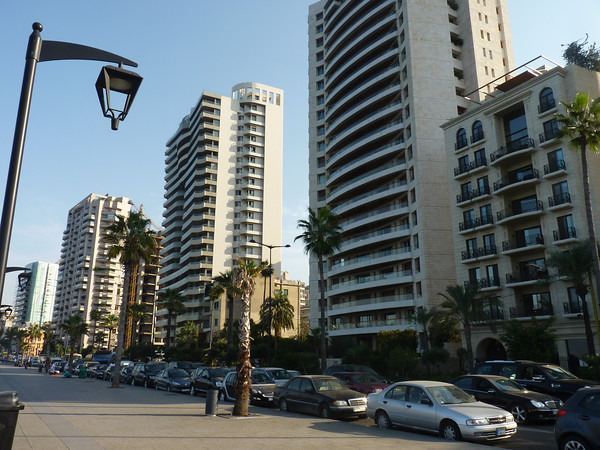 As I finished getting dressed, Dave invited me to tell my own story but, as I was eager to start exploring Beirut again, I just gave him a brief, one-minute version. However, this proved to be less than sufficient as suddenly, Dave was asking me an endless stream of questions.

My answer to all of those questions was ‘yes’ of course, and once he finished, I was somewhat confused. It was as if he already knew that I had spent time in these countries.

He then asked my why I have not been to Iran. I told him it is almost impossible for a US citizen to get an independent tourist visa from the Iranian government. He pressed me further, asking if I knew of any way to get around the Iranian visa rules or if I knew of any Iranian Embassy or Consulate where it might be easier to obtain a visa. I simply informed him that I had once heard about an Iranian Consulate in the far eastern region of Turkey that apparently sometimes issued independent travel visas to US citizens.

He continued asking me, over and over again, if I planned to try and visit Iran in the near future. He then began asking if I planned to return to Indonesia, Bangladesh, UAE, Pakistan, Syria or Afghanistan. Starting to feel uncomfortable, I replied with a quick, “I don’t know.”

At this point, I was all dressed and ready to go outside and when I informed Dave that I was leaving, he practically demanded that he tag along. Not sure how to handle this situation, I reluctantly agreed and out of the hotel we went, walking off in the direction of the Hamra neighborhood.

Unfortunately, Dave didn’t let up with his questions and this time, he seemed very interested in how I earned an income. Thinking that I could easily brush this one aside, I just said, ‘I work on board cruise ships’.

It didn’t work. For the next fifteen minutes Dave tried quite hard to find out whether or not crew members on board cruise ships ever participate in illegal activities such as smuggling drugs between ports. Many times he tried to pry some information from me with such statements as, “Come on, surely you’ve seen some illegal stuff on board ships.”

All I said was, “I don’t transport drugs and I have no idea what others do”. And this is when I finally reached the conclusion that there was no way Dave was just another ordinary traveler.

He then changed the subject and starting asking me if I had any contacts in Dubai, anyone who could help him with some business ideas he had. He told me he needed to find someone who knew how to ‘get things done’, whatever that meant. When I said I knew of nobody that could help him, he asked if I had any contacts in Kuwait or Bahrain or Saudi Arabia, at which point I shook my head and stopped talking altogether.

But after taking another ten steps or so, I realized that I was indeed feeling a bit dehydrated and so I turned around and entered the shop as well. And that’s when I saw and heard ‘Dave’ speaking with the man behind the counter in fluent Arabic, despite having told me earlier that the only language he spoke was English and that he had never been to the Middle East before.

I immediately backed out of the shop and walked to the next corner, but within a minute, Dave had caught up to me. And this is when I told him that now was the time to part ways because I wanted to check my email at an internet cafe. But, not surprisingly, he replied by stating that he would like to check his emails as well. 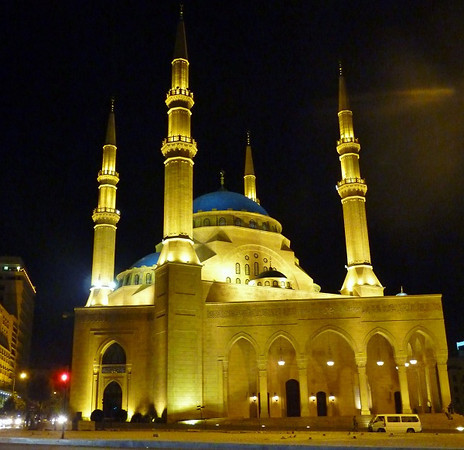 Five minutes later we were inside of a large, dark internet cafe and thankfully, the woman at the desk assigned us to two computers that were on opposite ends of the room. I sat down and opened my inbox and I spent the following forty-five minutes replying to emails without paying any attention whatsoever to Dave.

After I had cleared through most of my inbox, I then did what I do a few times every day…I went to crack my neck. However, when I turned my head to the right just before giving it a good solid crack, out of the corner of my eye I noticed another person not too far away. I quickly turned around and sure enough, there was Dave, sitting in a swivel chair only four feet behind me, staring straight over my shoulder at my computer screen.

And that was enough for me.

I logged off the computer, paid the woman behind the counter and told Dave that I was going to meet a friend. I then shook his hand, as if to emphasize the fact that this time I was indeed going without him.

Dave finally accepted our parting of ways, although, he still asked me if I wanted to meet him back at the hotel in the evening so that we could grab some food together. I said, “We’ll see” and I walked off, heading straight up some unknown street to meet a friend I didn’t even have, looking back over my shoulder every few seconds, wondering if I was still being followed around Beirut.

So, such a story might seem strange but perhaps the details have yet to convince you that I was actually being tracked or spied on by some type of secret service agent. Maybe Dave was just some weird character in the end.

But what about this…

When I returned to the hotel in the evening and I walked into my dorm room, ‘Dave’ was nowhere to be found. His bag was gone, his bed was occupied by someone else and nobody in the room claimed to have seen him.

And then, when I asked the owner of the hotel about this bearded traveler from Texas, he also told me that he had absolutely no idea who I was talking about and that nobody fitting the description had checked into the hotel that day.

So what do you think? Was I followed by a secret agent or just a strange traveler?