Two nights ago, I sat at a small plastic table just a few feet from the sidewalk, ready to eat one last meal at my favorite restaurant in Playa del Carmen, Mexico. As I sipped on my vanilla-infused mango shake, I kept looking all around me, trying to catch a glimpse of every tree, every storefront and of every person that passed by. I wanted to notice as much of Mexico as possible and to preserve as many memories as I could before flying back to the USA the following morning.

However, none of that has anything whatsoever to do with this story.

What does have to do with this story is that while I was in the midst of all these observations the other night, a dog approached my table. He was clearly a stray dog and didn’t look to be in the best of conditions as he began barking at my feet until one of the waiters shooed him away. And while I can’t be certain, this dog also appeared ready to take a nibble out of someone’s leg, a feeling I had after watching him chase pedestrians down the sidewalk, bearing his teeth, growling and barking ferociously until they ran away.

Eventually, I finished my meal and upon standing up, realized that this stray dog was now waiting for me as I was the last remaining customer in the restaurant. And so, I looked to the left, looked to the right and then glanced across the street, hoping I’d find the one thing I needed most at that very moment – a place to buy some yogurt.

A GOOD CHOICE OF SNACKS

During my travels I’ve come across a handful of dangerous situations, some of them quite serious and disturbing. However, whether it’s been a gun pointed at my face, an explosion in front of my cabin while working on board a cruise ship or even being kidnapped in Bangladesh, my greatest fear has always been of stray dogs.

It all began when I was in Chiang Mai, Thailand during the days when I was teaching English. I lived in an excellent apartment building near the main university and was within walking distance to everything I could possibly need. The only problem was that whenever I wanted to eat something late at night (which was almost every night!), I had to walk down a dark and isolated stretch of road for about ¼ mile in order to reach the nearest shop or food stall.

The first time I took this walk, I was convinced that my life was about to end. As soon as I had reached the darkest part of the road, six stray dogs came from behind a fence and surrounded me on the sidewalk. Acting purely on instinct, and without any clue of how to handle such a situation, I chose to start running as fast as I could, hoping to reach the first shop before being eaten by the dogs. Somehow, I outran the dogs, although I did lose a sandal in the process. 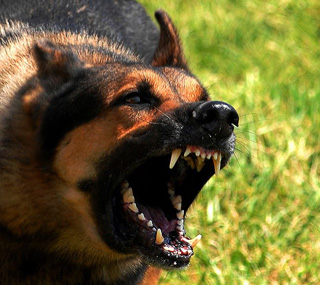 While in the safety of the shop, I purchased a handful of snack items while trying to decide whether or not to ask the owner if I could crash on the floor of his shop until morning. There were no taxis in this area at night and the only way to make it home was to walk. However, after twenty minutes, my brain had somehow convinced me, as my brain tends to do, that the situation wasn’t nearly as dangerous as I remembered, even though I clearly remembered six wild dogs lunging for my legs while I ran half-barefooted along a dark sidewalk at speeds that I was quite certain I would never be able to reach again.

I left the shop and waited some more, watching the dogs roam around in the distance. At one point, they all seemed to disappear and so I chose this as the appropriate moment to begin my speedier-than-usual walk back to my apartment.

Of course, as soon as I was enveloped in the darkness once more, the terror-inducing barking began and the dogs started sprinting towards me from the other side of the road. This time, however, instead of running, I decided to reach my hand into the plastic bag full of snacks. I grabbed the first thing I could, quickly peeled off the lid and dumped the contents out right in front of me.

Instantly, the dogs left me alone and began licking up the blueberry yogurt.

I took this opportunity to slowly back away, but in the end, I only managed to get about 10 meters down the road before the dogs finished the yogurt and began chasing me yet again. And so I pulled out another container of blueberry yogurt, and instead of dumping it in front of me, I scattered it all over the place, dripping a little here, a little there and so on.

In the end, I arrived at my apartment in one piece, although I had used all three of the yogurts I had purchased to ensure my safety and was now stuck with only two small bags of raisins. I also didn’t find the sandal that came off my foot either.

From that day on, my routine was quite simple. I made sure that I always had yogurt on me whenever I made that walk or any other night time walk that I took around the city. Sometimes the dogs weren’t there, but when they did approach me, I was always prepared with my weapons of bacterial fermentation.

And so, two days ago, after I finished my last meal in Mexico, I was disappointed to discover that there weren’t any shops open for me to buy yogurt. As a result, there was no way I was going to attempt the long stroll from the restaurant back to my apartment, the path of which took me down an unlit and quiet road. I certainly was not in the mood to be chased by this dog, nor any of his friends, and I also didn’t feel like losing another sandal.

I took a taxi home instead.

Always carry food when traveling, especially when walking at night. And even though I’m quite certain that there’s no scientific evidence to support this claim, yogurt seems to be loved by stray dogs all over the world. Yogurt, especially blueberry-favored, has never failed me, and I’ve used it to escape dog attacks not only in Chiang Mai, but in Calcutta, India; Melbourne, Australia; Mendoza, Argentina and San Salvador, El Salvador.

After all, as travelers we lock our backpacks in order to fend off pickpockets, we carry only a small amount of money in case we are robbed and so why not take this extra precaution as well and carry some food in case we encounter a pack of stray (and hungry) dogs.

Of course, some may think that having food on you will actually help attract these animals. But if you don’t have any food and you find yourself surrounded by six raging beasts, then your safety may then ultimately depend upon your performance in a a foot/paw race. Even if the dogs approach you because they smell the food, at least you can peel back that lid, spread the yogurt all around and get to safety as quickly as possible!

Any other tips or stories you can share about encounters with wild dogs or other animals? I’m sure someone has been through something a lot worse!!