How I Started A Small Tour Company

How I Started A Small Tour Company 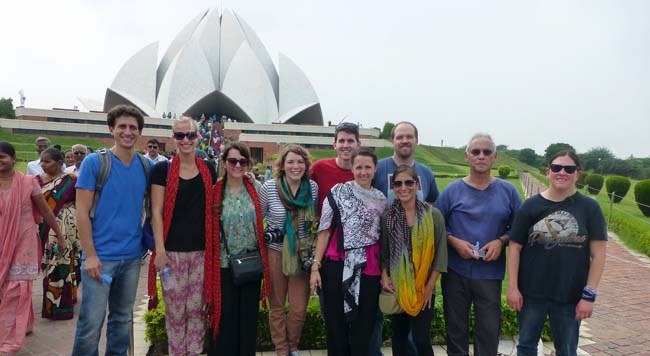 Not a single thing did I know about organizing or leading tours. However, back in 2012, after receiving several requests from readers, I decided to offer a tour to India anyway, taking on the project with the exact same approach with which I’ve taken on just about every other project I’ve started in my life.

“I’ll figure it out somehow.”

So, I sat down and got to work.

Fast forward to today and I’m staring at a spreadsheet on my computer screen, trying to decide how many tours I’ll be offering next year, and to which regions of the world. Somehow, I figured it out.

When I decided to offer that first tour to India, I was ready to do anything and everything possible to ensure that it was a success. I didn’t care if that one tour would lead to more tours down the road. All I cared about was pulling this one tour off, turning that little spark of an idea, the idea that a travel blogger could offer, organize and lead a rewarding tour, and that people would actually want to join such a tour, into reality. I made a general plan, studied potential itineraries, calculated expenses, got in touch with local contacts, researched rules and laws, studied every destination, imagined every potential obstacle…and then repeated it all over and over and over and over again until I felt completely confident in the tour that I had created.

And then, before I really even had time to think about what was happening, the India tour took place, it went ever so smoothly, and I soon found myself organizing trips to Mexico, Istanbul, Romania & Moldova and another one to India. The tours were announced, they sold out and off we went…five tours have now been completed, with more to come, and just like that, a small tour company was started.

Back to my spreadsheet for next year…I already know that I’ll be offering a third trip to India (March) and a trip to Iraqi Kurdistan (May) as well. At the moment, there are two spots left on the India trip and two on the Iraqi Kurdistan adventure, so if you’re interested, please send me an email and I’ll forward you the details. Other trips I hope to run in 2014 include Southeast Asia, another trip to Mexico and perhaps a trip to Romania and Bulgaria or maybe around the Balkans.

Just writing about these tours gets me excited. I’m excited because I get to organize and lead more tours, which I love to do, I get to meet and travel with more of you in person and admittedly, I’m also excited at the fact that I managed to figure it all out.

How You Can Figure Things Out Too

I had an idea. Actually, you, my wonderful readers, had the idea. I took the idea (to lead tours), focused on it and piece by piece, tried to build something larger. It took a lot of effort, plenty of experimentation and a good amount of time but for not one second did I ever think I would not achieve my goal. It is that undying belief, that pure determination to succeed, that drove me forward each time I sat down to work on this project.

And once that first tour to India had come to an end and I announced a couple of more trips, that belief carried over, and once again, I couldn’t imagine anything but that next set of tours being a success as well.

Think about this…when you sit down to work on something or you set your mind towards a particular goal, do you believe in yourself, do you fully believe in your ability to achieve whatever you are working towards?

Last week, I received an email from someone who wants to travel more than anything. Long-term, indefinite travel has been his goal for many years and as he inches closer towards the potential start of such a journey, he is feeling unsure that he will be able to make it happen. In fact, he is feeling more than unsure. He admitted that he is downright pessimistic about his ability to achieve his travel goals and he really doesn’t think long-term travel is actually possible for him.

When I replied to his message, the first thing I told him was this: “If you already believe you’re going to fail before you’ve even started, you might as well not even start. You will fail. When you find a goal that gets you so excited that you know you are going to achieve it, that’s something worth working towards.”

If I had started my Wandering Earl Tours project thinking that it wouldn’t work, or even doubting that it would work, the chances of it actually succeeding would have been incredibly slim. But as soon as I began entertaining the idea of offering such tours, I checked in with myself first. Did I believe I could make it happen? Hell yeah I did. And only because I believed so wholeheartedly in the concept, in the benefits that it would hopefully give those who participated and in my ability to somehow figure it out, did I move forward with the idea.

Of course, there are other factors involved with whether or not an idea will work. First, you need to have a good idea, one that makes sense – logistically, financially, etc. – an idea that shows all the signs of being a solid success if everything does fall into place. But assuming that you do have a solid idea, having a foundation built of determination and belief is going to give you the support you’ll need to turn that idea into something substantial, to achieve that end goal.

Let’s stop for a second and all ask ourselves these questions. Do you believe in what you are trying to achieve right now? Can you envision anything but success?

The answers to those very questions might help you determine whether or not your current projects/goals are a good match for you at this point in your life and whether or not you will be able to actually figure it out in the end.

So, how did you answer those questions? Please do share below.