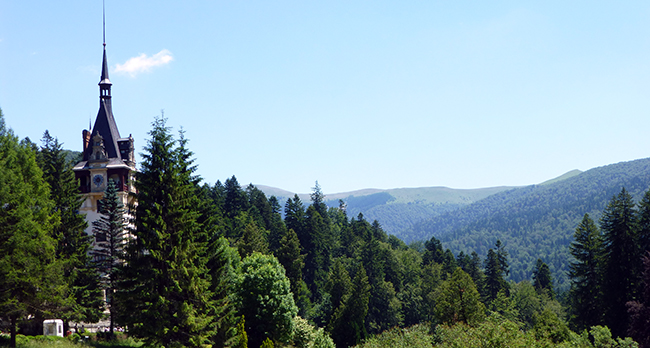 Living in Bucharest has been quite a positive experience so far. But I’m still a traveler and I can only sit still for so long. As a result, it should be no surprise that I try to take advantage of as many opportunities as I can to escape the city and visit other destinations in this remarkably diverse country.

So when Cezar, a fellow travel blogger from ImperatorTravel.com (who is from Romania), invited me to join him on an excursion yesterday, I had my day pack ready to go in a matter of minutes.

With not a single mountain, hill or even mound visible from anywhere in Bucharest itself, I was quite happy that our destination was Sinaia, a small town in the Prahova Valley that I had heard about endless times before but that I had yet to reach.

And had I known that a mountain escape such as the one I ended up having yesterday could be accomplished with just an easy one and a half hour train ride, I would have traveled to Sinaia a long time ago. For some reason I never realized how close this interesting town was to the capital.

Ever since I first arrived in Romania, locals that I have met have continuously told me that Peles Castle in the town of Sinaia (which was named after Sinai, Egypt by the way) is far more impressive than Bran Castle, the castle that most visitors, due to crafty marketing by the tourism board, believe to be the ex-home of Vlad the Impaler (Dracula) but which, in reality, has only very loose connections to Mr. Impaler.

Regardless, it is so very true that immediately upon first glimpse of Peles Castle, I was able to confirm that my Romanian friends were indeed correct. Peles is instantly spectacular.

Located at the end of a beautiful forest path, and set atop a hill amid the mountains, this castle was founded by King Carol I, the guy who was in charge when Romania gained its independence in 1877.

He was also the guy that decided to approve a plan for this castle that involved creating a massive chalet-type structure that had one-hundred and sixty rooms inside, everything from bedrooms to theaters, concert halls, weapons rooms, libraries, offices, card rooms, shisha lounges, apartments, bathrooms, rooms to hang out in after you take a bath, painting rooms, tea rooms, children’s play rooms, meeting rooms, breakfast rooms and formal dining rooms.

And that’s the basic part. The unique part is that every single one of those rooms, as well as the hallways and foyers, were decorated in a completely different style or theme, drawing from influences such as Turkish, Venetian, Florentine, French, and Moorish, among others.

So whenever you walk through a doorway or turn a corner, you have absolutely no idea what you’ll encounter. It’s an architecture and design fantasy-land with ornate wooden spiral staircases, interior balconies, massive decorated mirrors, odd statues, doors hidden inside of cupboards, a room shaped like an upside down boat, changing colors everywhere, a stain-glass roof that can be opened up during the summer and more.

Without a doubt this was the most bizarre castle (apparently it’s actually a palace and not a castle) I’ve seen anywhere during my travels. And I found it to be well worth the 2-hours I spent inside.

Unfortunately, this is not a cheap castle to visit and after paying the 70 lei ($23 USD) entrance fee, I opted not to pay the extra $12 USD to take photos of the interior. But one look at the exterior and you can get the idea that this is not a normal castle. 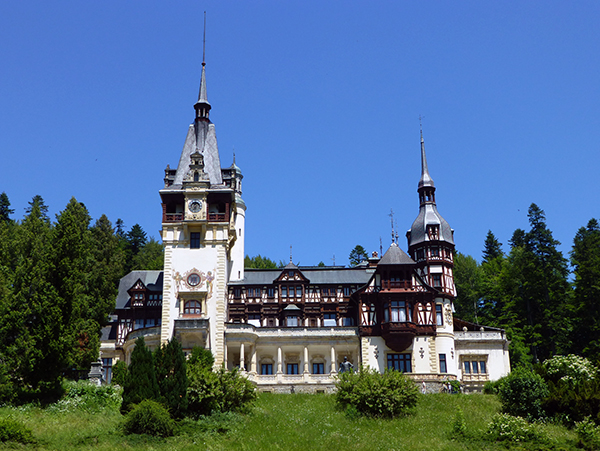 Right down the path from Peles Castle happens to be another castle, the Art Nouveau-style Pelisor (Little Peles), which, even though it is significantly smaller in size and much less extravagant than Peles, still makes for an interesting stop.

Unlike it’s giant and strange neighbor, in Pelisor you can actually imagine the past inhabitants (which included a young King Ferdinand and a Queen Marie) living there, wandering the hallways and eating their meals in the simply decorated dining rooms. Cezar said it best when he turned to me yesterday and noted, “This place feels more like a home.”

Indeed it does and it makes for a unique contrast to Peles Castle.

This is Pelisor Castle… 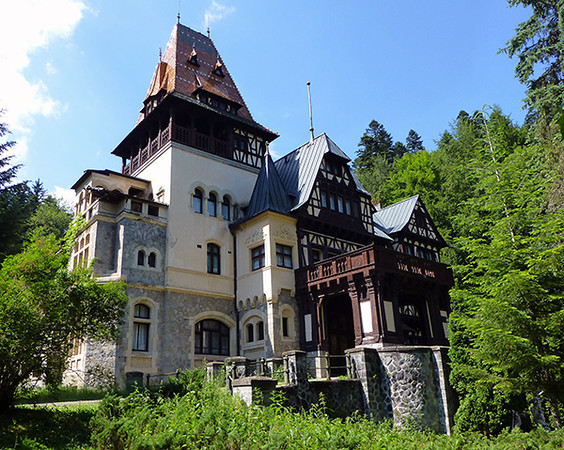 Next up was the monastery, a place where you can visit two Byzantine-style churches, one from 1846 and the other dating back to 1695, the older one still with many of its original paintings on the exterior. Apart from the churches, you can also take a rest and just enjoy the quiet atmosphere in the small courtyards located in the middle of the monastery itself. 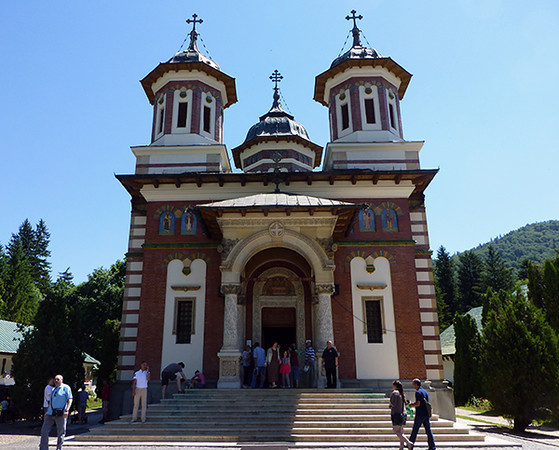 To The Top Of The Mountain

And from the monastery, you can descend back into the town center where you can grab a gogosi cu branza (cheese doughnut) or a strudel cu mere (apple strudel) from one of the local bakeries before heading over to the Telegondola. Built in the 1970s, these gondolas will take you straight up to an elevation of 2000 meters where you’ll disembark to views of the Prahova Valley below. As you glance at the forest-covered mountains and the small towns that dot the landscape, you’ll find that this is one view that is difficult to turn your eyes away from.

Luckily, there are two or three open-air cafes atop the mountain where you can have a seat, sip a drink and stare out over the region known as Transylvania.

From the top of the mountain you can either hike back down via a well-marked trail or take one of the two gondola options towards the bottom. We went for the newer gondola this time, one that landed us in the middle of the forest, still a decent distance above Sinaia.

From here it’s a peaceful hour-long walk into town along winding, empty roads, with only the occasional “Beware of Bears!” signs posted along the route to snap you out of your care-free, happy state. And as long as you don’t encounter any bears (if you do spot a bear, just play dead), your day shall conclude with those lungfuls of fresh mountain air spreading its therapeutic qualities throughout your body. Yes, it was that wonderful of a walk.

So there you go…

Have you been to Sinaia? Or do you have a place you love to visit in order to get away from city life or life in the town you live in?