A Quick Chat With My Younger Self

A Quick Chat With My Younger Self 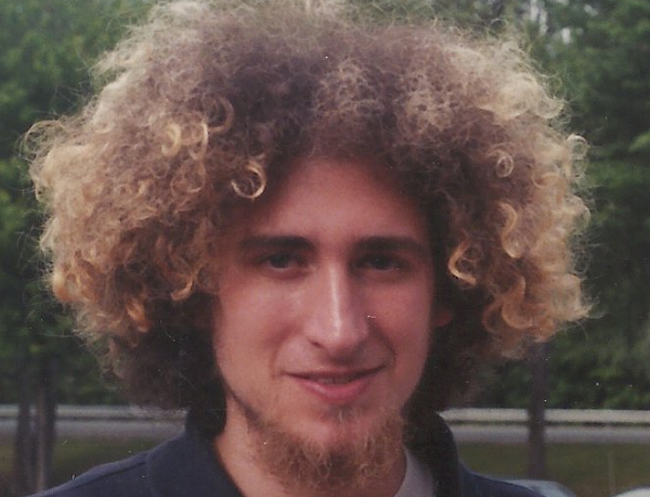 Younger Earl: “Not bad, yourself?”

And so begins the conversation I would have with my younger self, if ever such a conversation were possible. My guess is that, if we could organize such a meeting, we would meet up at Town Spa, a well-known pizza place in my hometown of Stoughton, Massachusetts.

I can see the hostess leading us to our table and then, after we both order an unsweetened iced tea, we would stare at each other for a few minutes, trying to get comfortable. I might chuckle at my younger self’s ridiculous attempt at growing a beard, and my younger self will most likely stare in confusion at my plucked eyebrows, but hey, once we get over these peculiarities, the conversation should flow smoothly, maybe.

Younger Earl: “And you’re having trouble? Haven’t you learned anything over the years?”

Older Earl: “Sure I have. I mean, let’s see….well, I’ve learned that Bucharest, Romania is a great place to live, especially if you ever plan to work online. And I’ve learned that arriving into Dhaka, Bangladesh by plane late at night is not such a good idea. Those taxi drivers will kidnap you, literally. What else? Here’s one…the best homemade taro chips you’ll find anywhere can be bought from a small general store in American Samoa. And….oh wait! Don’t worry about calling Capital One Bank before you travel anywhere because they’re going to block your account no matter how many times you tell them where you’re going. Yeah, that’s a good one.”

Younger Earl: “That’s it? That’s all you have to tell me?”

Here’s the problem. The more I think about it, the more I feel that a conversation with my younger self probably wouldn’t be as deep or as inspirational as I might have originally thought. In fact, such a conversation would probably disappoint my younger self and leave him wishing he had just gone out with his much cooler friends that evening instead of spending time eating pizza with me.

While I’ve certainly learned a great deal during the past fourteen years of traveling around this world, I’m just not sure there is much that I wish I had known before I began this adventure. At first, it might seem that I would have wanted to know all of the great life-changing lessons I’ve now picked up, that I would be eager to share the advice and wisdom, about life in general and about myself, that I have gained, and that I would want to spend hours and hours talking with my younger self so that he ventures into the world as a more prepared and knowledgeable individual.

The main reason why these lessons and bits of wisdom are so important to me now is because I had to work hard to learn them. I had to struggle, to fail and to challenge myself over and over again in order to gain a little more understanding about who I am as a person and about the world I live in. And in the end, it is the struggles, the failures, the challenges, as well as the successes, that have shaped who I am and that have led me to try and improve myself as a human being as much as possible.

And if I were to go sit down with my younger self, that innocent, naïve 21 year old who is just about to graduate from university, I wouldn’t want to spoil the adventure ahead for him. I wouldn’t want him to know what I know now or else he wouldn’t have a chance to figure out life on his own.

I want him to start off naïve and innocent and completely clueless, just him and his life goals, staring into the future, uncertain and unaware of where it will all lead. I want him to try and uncover what is most important to him, what he wants to achieve and which direction he should take in order to succeed.

This way, my younger self would be forced to learn, not from my words or the words he can read in books, but from his own life experiences, which in my opinion is the most important educational tool we have access to. The wonder of life lies in those very experiences and in the actual discoveries that we make about ourselves as we venture off into and through the unknown, with only an open mind to help us move forward. I could indeed share an impressive-sounding collection of wisdom and pieces of advice with my younger self, but without my younger self actually getting out there into the world and making the same mistakes and earning the same victories, without him hitting bottom and rising up again, without him feeling truly lost and confused and without him knowing pure fear and pure happiness first-hand, my words mean nothing.

Older Earl: “That pizza was good! Just how I remembered it.”

Younger Earl: “Older Earl, are you sure there’s nothing else you want to share with me? You’ve seen and done so much, surely you have some advice to give me.”

Older Earl: “Well, I already told you about my favorite beach hut in Goa, right?”

Older Earl: “How about working on cruise ships? It really is such a great opportunity to save money, network with people from….”

Younger Earl: “…all around the world, and have one hell of a good time in the process. I know, you already mentioned that, several times.”

Older Earl: “How about the amazing Dona Mary’s Tostada Restaurant in Playa del Carmen, did I forget to tell you that it’s closed on Mondays?”

Younger Earl: “You told me.”

Older Earl: “Hmmm…all that’s left to say is that you shouldn’t be afraid to get out there and live the life you want. You really can do anything you set your mind to, as simple as that sounds. Do you mind if I have that last piece of pizza?”

What would you tell your younger self if you had the chance?