Places Around The World That I Shall Never Forget

Places Around The World That I Shall Never Forget 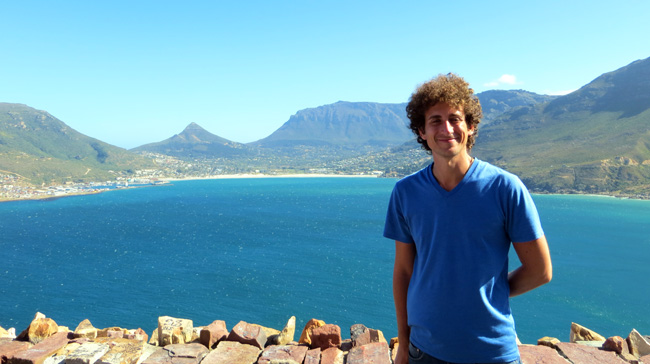 Who would have thought that sitting on a stone wall in the middle of the jungle would play such a role in my life? It was 1999. It was Angkor Wat, Cambodia. It was the location where I first decided that a life of indefinite travel might be the life that I was looking for.

While I always talk about the people I meet being the most rewarding aspect of a life of travel, let’s face it, sometimes people can truly ruin our day. Since I started traveling, I’ve been vomited on, spit on and hissed at. I’ve been peed on, yelled at, chased down the road, pickpocketed, threatened, shoved and hit by a car. I’ve been ripped off, tricked, cheated and just absolutely screwed over.

That wall, that temple, that jungle at Angkor Wat, Cambodia, back on December 31st, 1999, is one such example for me.

This post is to celebrate the locations that prove so meaningful to each of us during our adventures. And it doesn’t matter how well-known or unknown a particular place may be or what other people think of the place either. All that matters is that a single spot on this planet had a major impact on our life at some point in time.

My Favorite Spots Around the World

It’s not every day that I find myself in the middle of nowhere, in Yemen, standing on a massive rock jutting far out over a valley below, with a view so appealing that I could have spent one month right there without moving or ever closing my eyes. Why would I want to close my eyes when I had such a sight before me?

Luckily, however, I didn’t spend one month there in the end. If I had, I would have missed the opportunity to stand in a location that even fewer people will ever get a chance to see, a place so spectacular that even six months after my visit, I still had a difficult time believing was real. The only reason I know it wasn’t actually a dream is because I still have a piece of my boarding pass from my flight to Socotra Island…

That might be the Piatra Craiului Mountains above, in the heart of Romania or surreal Fanning Island, Kiribati, an island of 300 people way out there in the middle of the South Pacific, both of which have helped shape who I am…

There’s no way I can explain the feeling I had when I spent a couple of days along the too-gorgeous-to-be-real Napali coastline on the Hawaiian island of Kauai or when I drove from Darwin to Broome, straight through the most absolute nothingness I have ever seen, up there in the northwest of Australia, or when I just sat under the trees in the zocalo of Valladolid, Mexico, listening to the sweet tunes of a mariachi band, all while observing, and welcoming, the thoughts, the questions, the answers, the inspiration, the clarity, that those surroundings provided me.

And as I stated in my last post, you can call me a tourist for visiting, and enjoying, Las Vegas. Well, you can also call me a tourist for stating that I’ll take that touristy cable car up to the top of Table Mountain in Cape Town, South Africa any day, or that I’ll gladly contemplate life while looking out over the magnificent New York City skyline from 88 floors above the ground.

I’ll also always remember, as a younger, more naive traveler, crossing that rickety foot bridge over the Hunza River, just outside the small village of Passu, Pakistan. I remember stopping for a few moments half-way across, wondering if I was still on planet Earth as I stared at the magical Karaokaram Mountains, and knowing full well that after a visit into this remote, unchartered land, my life would never be the same again…

So, as I sit here today and allow my mind to wander through the years behind me, I instantly recognize that, from the Geirangerfjord in Norway to the Gros Morne National Park outside of Cornerbrook, Newfoundland, from the brilliant views of colorful Bundi, India while high up on the hill above town to my stay at the remote Bengstskar Lighthouse in the Archipelago Sea some 25 kilometers off the coast of Finland, I have repeatedly been inspired by so many remarkable places that I have visited during my travels.

Yes, I love the people I meet every day during this adventure of mine, but heck, I sure won’t forget many of the places I’ve been to either.

And I’m certain that every traveler would say a similar thing.