Overseas, I Read That It’s Beautiful Over There

Overseas, I Read That It’s Beautiful Over There 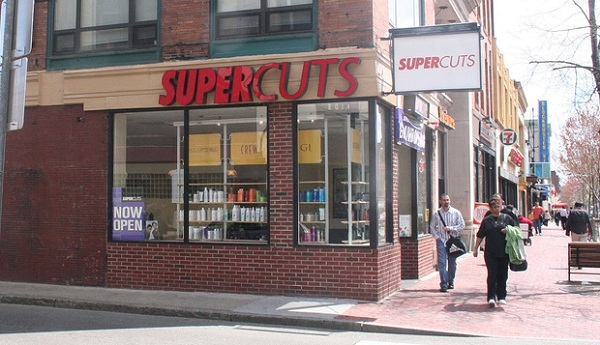 This past Tuesday I went to get a haircut in the city of Worcester, Massachusetts, a city that is located about an hour to the west of the city of Boston. I had simply woken up in the morning and decided that it was time to trim the hair and so I asked my uncle, who I was visiting with, where I could find a cheap place for a cut.

Thirty minutes later I was sitting in the chair at Supercuts, which, for those of you not familiar with this fine establishment, is a chain of budget hair salons located throughout the USA. And as the woman assigned to cut my hair threw that standard black cape over me and began spraying nearly an entire bottle of water into my thick head of hair, she began to engage in what is quite the standard hairdresser/client chit-chat.

“Do you have the day off from work?” she asked.
“No, I’m just here visiting family,” I replied.

And then, just as she started buzzing the sides of my head with a #4 clipper, she proceeded to ask the question that should naturally follow the previous one.

“Where do you live?”

To which I replied,

“I’m originally from Boston but I generally live overseas these days.”

Now let me tell you something about Marianne. She was a nice lady, with a bright smile and what appeared to be a positive outlook on life. She wasn’t exactly the best hairdresser I’ve ever met, but again, she seemed like a very sweet woman.

However, despite my guess that Marianne has rarely left the state of Massachusetts during her 30+ years on the planet, I still would never have expected the words she spoke only seconds after I answered her question about where I live.

First, she asked, “Overseas?” to which I replied, “That’s right, overseas.”

And then she stated, “Overseas. I’ve read that it’s beautiful over there. You must have had a long trip to Worcester. What is it, about three hours from here? Did you have to fly to get here?”

Yes, that is a word for word quote.

As I sat there a bit stunned, and no longer caring that my left side burn was now an inch lower than my right one, I quickly tried to go over several scenarios in which she might have misheard or misunderstood my original answer. But when she finally blurted out, “Overseas must be so nice”, I knew that she had heard the word correctly.

Naturally, I had to say something in response and after fifteen seconds of dumbfounded silence I just muttered, “Yeah.”

The rest of the haircut passed without another word being spoken and when Marianne held up the mirror so that I could check out her artistry on the back of my noggin, I just muttered “It’s fine” without really looking. I simply couldn’t get her words out of my head.

I’m not trying to make fun of anyone here. I just think it’s an absolute shame that the concept of ‘overseas’ is so foreign to some that they don’t even have the most remote idea of what it means. How does that happen?

Of course, it is slightly amusing as well and it does rank up there as one of the more bizarre travel-related conversations I’ve ever had over the years. And despite the terrible haircut, at least the 20 minutes I spent in that chair was somewhat entertaining.

I’m sure that many of you have also had some disturbing or bizarre conversations either during your travels or while talking about your travels with others.