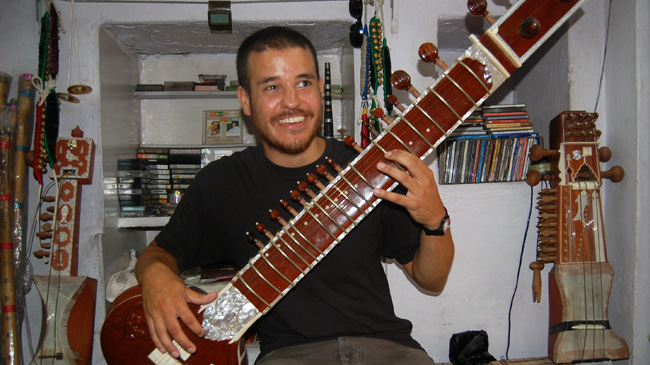 Ever since I arrived back in Bucharest some ten days ago, my level of motivation has been at an all-time high, so much so that even the gray communist-style apartment blocks scattered all over this city seem inspiring these days.

Where does all of this motivation come from?

As I often state as my answer to many questions….it’s all about the people.

Lately, I have been meeting such inspirational people that I can barely sit still, leaving me with a constant need to brainstorm, to create, to work on new ideas. Everyone I’m coming across, whether in person or online, just seems to have such inspiring travel stories to share and it’s pumping me up as well.

These people are not only interested in also turning travel into an actual lifestyle, they are dedicating themselves wholeheartedly to making it a reality.

Some of those I’ve met have already succeeded, others are well on their way. A few more have just started, completely fired up about the adventure ahead and completely unwilling to accept anything but the achievement of their goals.

And talking with each of them has undoubtedly increased my own motivation. Now I want to pass that motivation on to you by showing exactly what these people that I’ve met are currently up to. It is my sincerest hope that these examples will help convince you that you could do the same. Let us see…

Cruise Ship Work – One of my Romanian friends has just returned from working on board a cruise ship in Tahiti for the past four months where she admittedly worked very hard but also enjoyed the experience immensely, not to mention the several thousand dollars she saved, all of the French Polynesian islands she had a chance to visit and the friends and contacts she made as well. Not a bad way to boost the bank account and now she’s ready for even more travel and adventure, knowing that she could return to ‘ship life‘ at any time.

Starting a Hostel & Tour Company – A very motivated young guy, and passionate traveler, has recently started a chain of hostels here in Romania, along with a tour company designed to offer one-of-a-kind trips all over this country that focus on giving people as unique an experience as possible. He wants this concept to work so much that you can see the determination in his eyes when he talks about it. This is one person who won’t accept anything but success and if you spend just five minutes with him you’ll certainly find all the motivation you need to tackle your own life goals!

Taking the First Step – Despite working in a decent computer programming job for the past few months, another guy I met has made the decision to travel for one year starting next January. The decision is final and he’s about to book his flight now that he has started getting some freelance clients, whose projects he can work on from the road. This guy has always wanted to travel and he won’t let anything stop him, knowing full well that he has what it takes to make his dreams a reality.

Photographs & Documentaries – They’re a couple and they’ve taken their passions – photography and film-making – and turned them into an actual lifestyle. She takes the photos, which are often used in television commercials and magazines, and he shoots the documentaries which are shown on television stations around Europe. They both love to travel as well, which meshes perfectly with their skills and knowledge, allowing them to create ‘work’ as they explore different countries. And they are even planning to travel to Yemen soon where I have no doubt they’ll capture some incredible, and very sellable footage.

Escorting Groups Around the World – This creative individual worked out a deal with a travel agency in which the agency would sell small group tours to destinations around the world and he would escort those trips. He’s not the guide, but he acts as the liaison between the travelers and the local guides, hotels, transportation companies, etc., earning a decent amount of money per person while traveling for free at the same time.

Earning Money as a Waitress or Chef – Working at a resort on the island of Cypress, one girl I met spent four months there, saving up money in the process, which she then used to travel around Southeast Asia for five months. Her boyfriend worked as a chef at the same resort, where he was paid 1000 Euros per month, with apartment and meals included for free. They are thinking of heading back to Cypress for another contract in order to save up again for another trip, perhaps to South America this time around.

Using Social Media Skills to Travel – Another female I ran into has traveled around the world offering her knowledge of Twitter, Facebook and other social media sites to various hostels in exchange for a free bed and even a weekly payment. She boosts the hostels’ online presence, gets more people excited about the properties, increases their audience and more, making it a win-win situation for everyone.

Staying Put in One Place as an Au Pair – Sometimes it’s as simple as applying for a job through an Au Pair agency and before you know it, you’re taking care of a child in a foreign country. Sure, you have to work hard but you get paid as well and don’t have to pay much in terms of living expenses. One female traveler I know has been doing this in Istanbul for 5 months, allowing her to not only live almost expense-free, but to experience an amazing city more deeply than most people who simply visit for a short period of time.

Freelance Design from Anywhere – The freelance designer that I just met two days ago certainly impressed me with his story. He used his web design skills to gain clients on Elance.com, Odesk.com and other similar platforms where freelancers can find work and now he has no boss and no office. He works whenever he wants, wherever he wants and his portfolio continues to grow. With the money he earns, he can travel the world without having to worry about how to pay for his next meal or where he’s going to sleep, and he’s as happy as can be about it. (On a side note, this designer is absolutely brilliant so if you need any design work, let me know and I can put you in touch with him.)

How are you feeling right about now? Just read these stories over a few times and you’ll realize that these are all ordinary people, just like you and me, who simply had a desire to travel and a ‘nothing is going to stop me’ attitude. Yes, they were all afraid at some point, afraid to follow a path that had no clear structure or guarantees of any kind, but they summoned the courage regardless and plunged into the unknown. For all of them, it has certainly paid off, something that is quite clear from the positive energy they give off and the brilliant smiles on their faces when they talk about their projects and travel-infused lifestyles.

And those smiles are addictive and motivating, and over the past ten days, they have caused me to get incredibly excited about working on more of the crazy ideas bouncing around the inside of my own head.

I know that some of the above stories might not have the ‘wow’ factor you were possibly expecting, but that’s the point. Inspiring travel stories don’t need a ‘wow’ factor. The most important thing is to see that ordinary people have found a way to get out there and travel, often by taking simple, yet determined, steps.

Forget about ‘wow’. Look straight ahead and go for it, just as those above have already done.

How about you? Are you feeling motivated these days or are you in a rut?