My Struggle To Understand Beirut

My Struggle To Understand Beirut 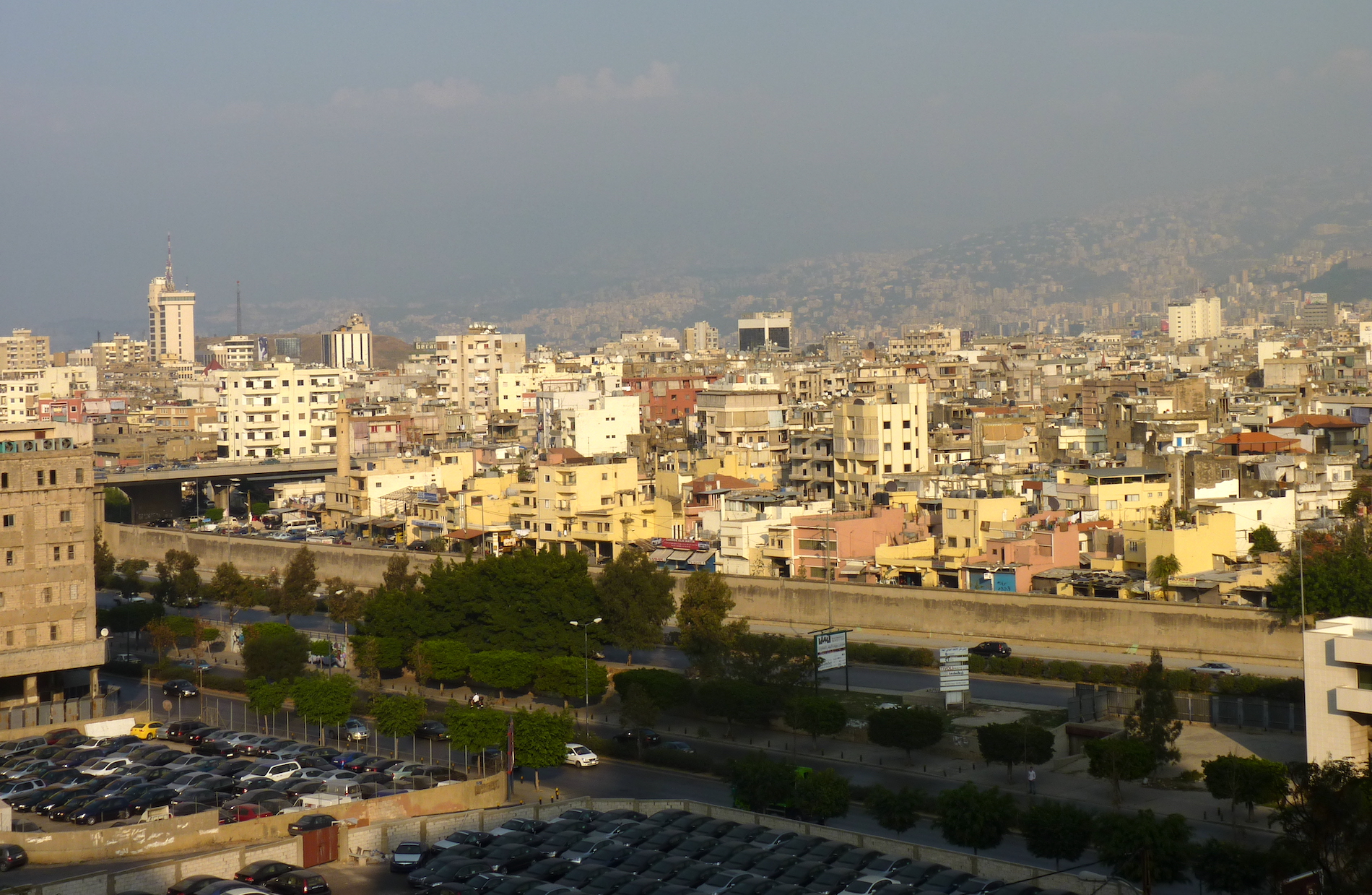 Beirut. One minute I want to pack my backpack and immediately leave this baffling city behind and the next minute I want nothing else but to stay here for several weeks more. And so it is no surprise that despite waking up each morning wondering why I am still here, I soon find myself reserving my hotel room for yet another couple of nights.

Before I continue, I must explain that this is my 12th attempt at writing this post. By now I have probably written 10 pages and some 15,000 words, but I’ve deleted everything I’ve written so far. Basically, writing about Beirut has proven to be a near impossible task, as every day this city proves itself to be more complicated and utterly confusing than any other city I have ever visited.

However, I’ve now decided that this is going to be my last attempt. Whatever I end up writing this time is exactly what I’m going to publish. And as a result, I apologize now for the potentially garbled and inconsistent post that’s about to follow. But in the end, that’s sort of the kind of place Beirut has turned out to be. 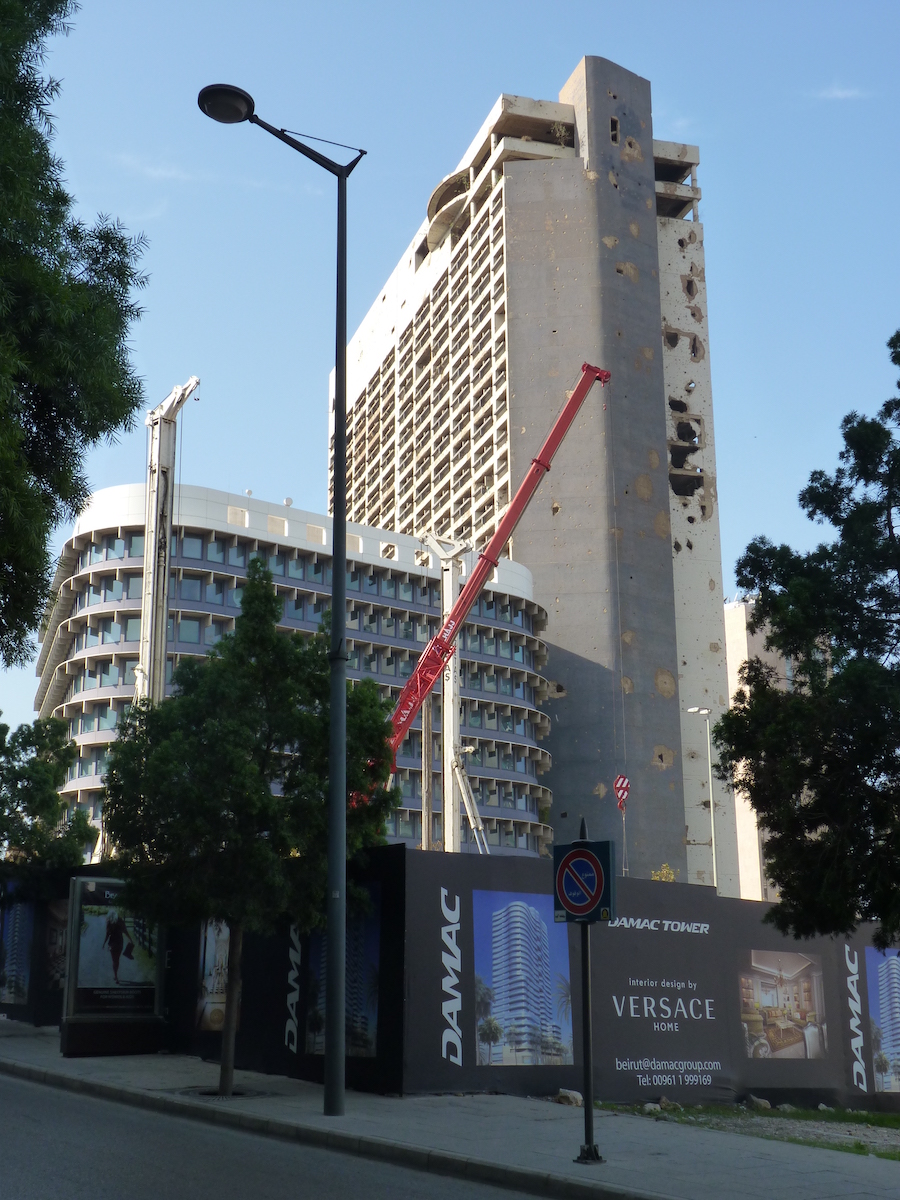 A CITY WITHOUT A CLEAR IDENTITY

Unlike most cities I’ve been to, where I am able to detect and ‘feel’ the vibe of the place, I have been unable to detect such a consistent vibe here in Beirut. I think back to my visits to such places as Mexico City, Bangkok or Melbourne, Australia and how I was able to confidently declare “This is Melbourne!” or “This is Mexico City!” soon after I arrived. The unique vibe of each permeated the air and was present in the lifestyle of every inhabitant, in the offerings of every street and in the activities of every neighborhood.

But after 10 days in Beirut (I know that 10 days is not a lot of time at all), I am instead faced with a city so full of seemingly disconnected parts, that when combined, ultimately creates such a fragmented environment that makes understanding Beirut as a whole a lifetime project.

To give you a quick example, let me recount what I witnessed the other day within a span of ten minutes and within a distance of about 3 kilometers. (I was in a car returning to Beirut after a day of exploring South Lebanon.)

And that was just one ten-minute period of my stay in this city! 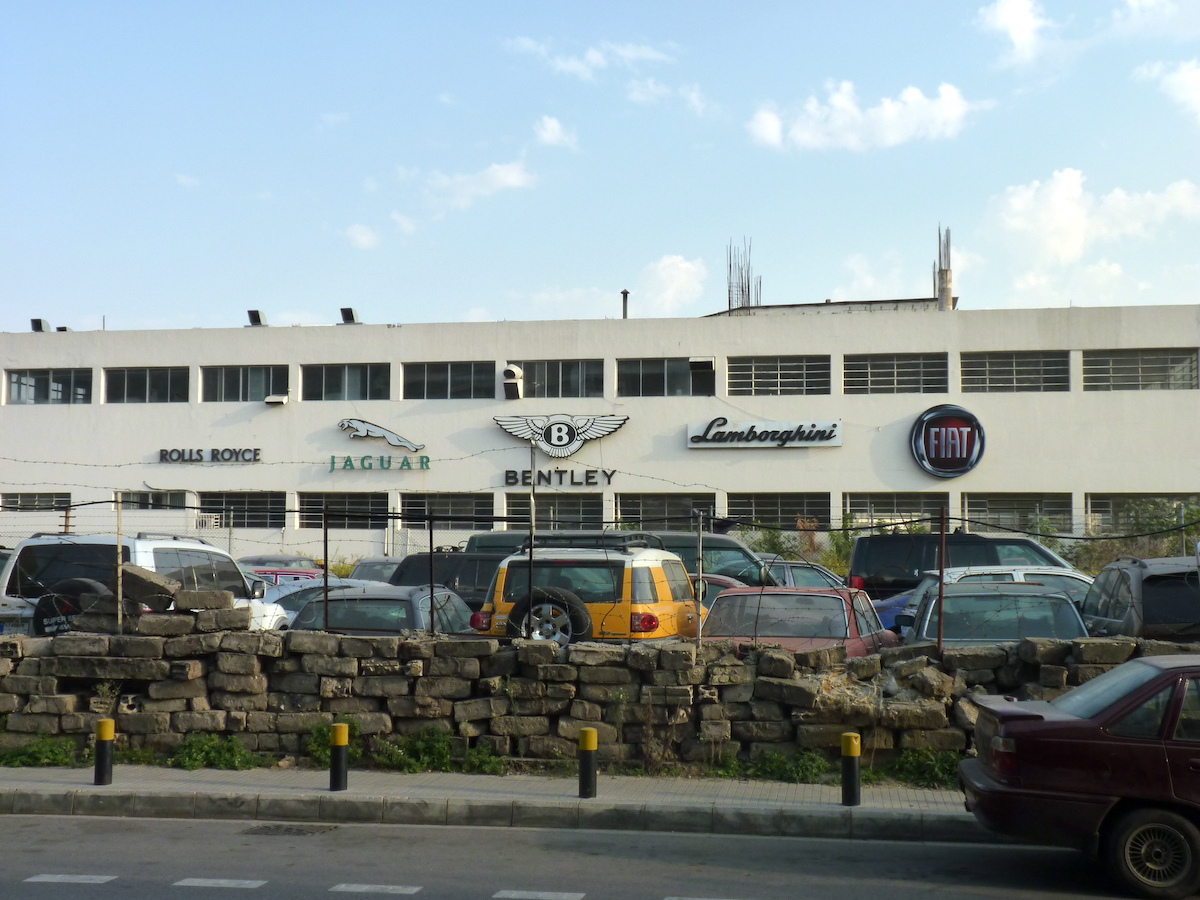 WHAT ABOUT ALL THE MONEY?

Clearly there is a great deal of money here, although my research has taught me that the population of this city consists of 20% super-wealthy and 80% poor, with virtually nothing at all in between. And it is the foreign investment, coming from places such as Saudi Arabia, Kuwait and Qatar, that apparently explains all of the “A Luxuriously Enchanting Lifestyle Awaits” billboards plastered everywhere, trying to entice the wealthy to purchase massive, yet-to-be-built apartments for millions of dollars. But this image of such extreme wealth seems so out of place (as does the presence of more Maseratis, Porsches and Rolls Royces than I have ever seen in my life) when behind these billboards and fancy cars lie the masses, many of whom are still living in dilapidated buildings or neighborhoods whose conditions could certainly use a significant overhaul.

So what is really going on here? Why is there such a need to transform Beirut into an ultra-wealthy, Dubai-style city? Is this even feasible if 80% of the population is unable to buy into the lifestyle that is taking over? And if this is such a fast-growing, seemingly cosmopolitan city, then why, at any given time, is 40% of the Lebanese population applying for a visa to live in a foreign country? (This statistic was given to me by two government officials yet I can’t claim that it is 100% accurate.)

I myself have only flimsy guesses and no solid answers. 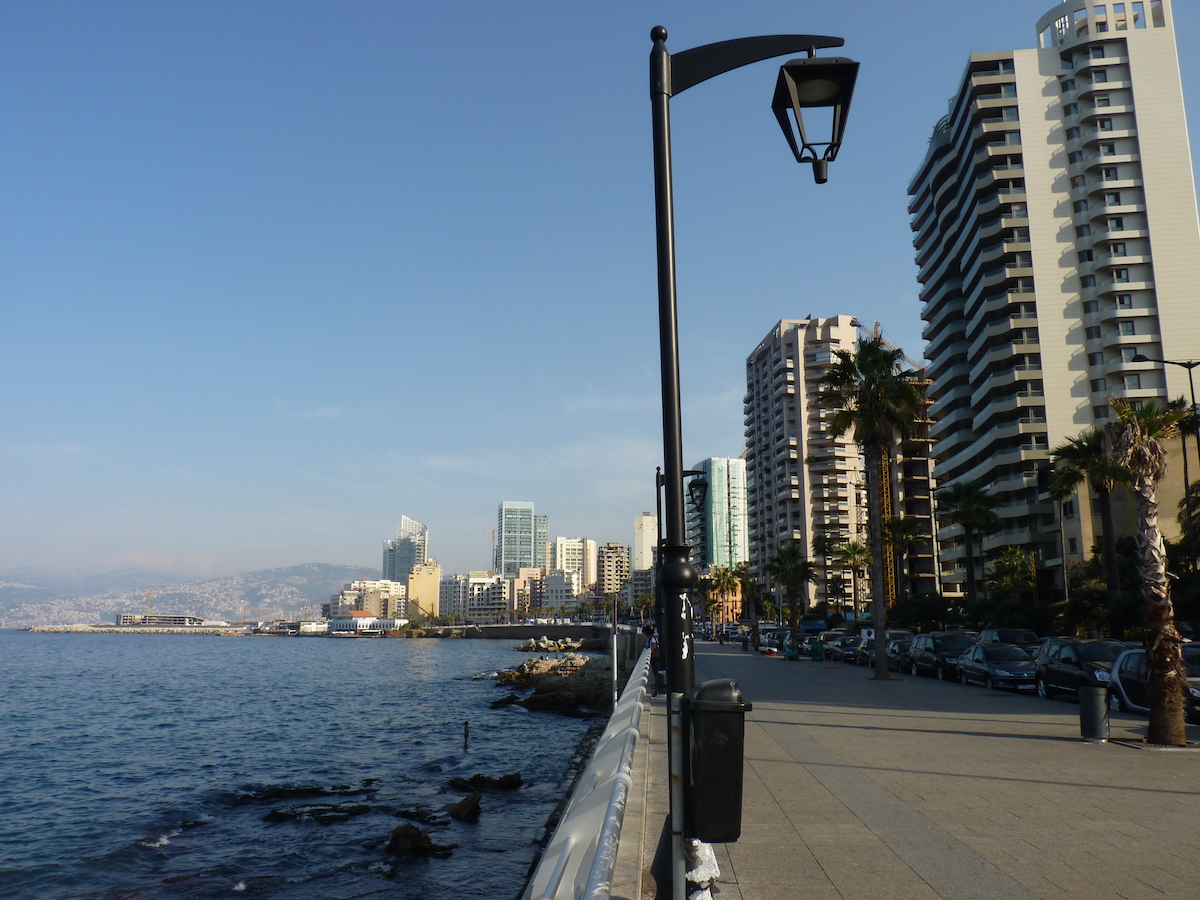 It is only natural that a city so focused on wealth and all things money, is going to be less focused on human connection and interaction. That’s generally how things go. When it’s all about me, me, me, we obviously think a little less about everyone else.

And so I’ve found Beirut to lack some of that human warmth that is often present in developing or more traditional nations. Locals tend to ignore my greetings, people look me up and down everywhere I go and asking for directions is often met with a short reply or uninterested wave of the hand. Beirut is the kind of place (at least in my experience) where you sometimes have to ask the restaurant worker three times for your food and then wait as he makes a phone call, watches a music video on the television and smokes three cigarettes before preparing it. Of course this doesn’t happen all the time, but some version of this scenario happened much more frequently here than in other cities I’ve been to around the world.

Also, if anyone can explain why Beiruti drivers will deliberately speed up and cut you off as you cross the street (even if you’re in a crosswalk) while yelling at you to get out of the way, I’d love to hear an explanation. I’ve seen some crazy driving in places such as Mumbai and Cairo, but nothing compares to the lack of respect for pedestrians that I witnessed in Beirut. And while these types of behavior are at times somewhat amusing, I also find that it says a great deal about how people treat each other.

Okay. Let me catch my breath for a moment!

I certainly don’t want this post to sound like a negative ‘review’ of Beirut (which I fear it has) when my goal is simply to try and show how incredibly enigmatic and fascinating this place truly is and how incredibly little I am able to understand of it. In the end, if I didn’t enjoy my time here, I certainly would have left days ago.

I’ve obviously been sucked in by this city’s…by it’s….by it’s…. I have no idea what ‘it’ is that has made me want to stay for 10 days so far, but there really is something about Beirut that has made it nearly impossible for me to leave.

Of course, by this point, I am no longer expecting to understand this city before I eventually do move on to my next destination. After all, how can I make any progress when, for example, during the ten minute stroll from this American-owned garden cafe where I am now sitting back to my hotel, I will pass by several bombed-out buildings (some of which are still partially-inhabited), a construction site for a 25-story complex of ultra-luxury apartments, a Caribbean-fusion restaurant, a British pub, Hezbollah-posters, emaciated Pakistani street cleaners, a Greek Orthodox church, armed soldiers patrolling the streets, a Saab dealership, mounds of trash 3 meters high, a $100/plate Italian restaurant, a bullet-ridden mansion, a French bakery, a family of homeless Gypsies, an Armenian district, a photography exhibition and a wall full of Anarchist graffiti.

I can’t make any progress. I get a headache if I try.

I’m also fully aware that I could simply ignore all of the above and focus on the pleasant cafe culture here, the nice shops and restaurants along Hamra Street and the lovely Corniche that wraps around the edge of this city. However, I am hungry for more than that as cute cafes can be found almost anywhere in the world. Clearly Beirut has so many hidden layers below it’s shiny and mysterious surface, behind all of those Maseratis, Winnie-the-Pooh balloons and bumper stickers that read “Don’t follow my car unless you want to be killed”.

Unfortunately, I have failed in my attempt to fully understand them.

This post is merely my quick impression of Beirut and I’ve traveled long enough to know that a hundred people will have a hundred different impressions of the exact same place. So if anyone has some insight to share, I’d love to hear from you in order to better understand this most complex and intriguing city.