Is Mexico Safe To Visit?

Is Mexico Safe To Visit? 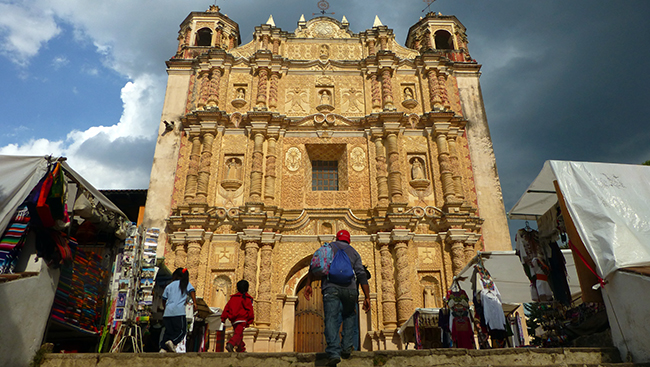 “Is Mexico safe to visit?” is a question that not only am I asked quite often but a question that I see popping up all across the internet as well. And due to the fact that, just about ten days ago, I finished leading my two-week Wander Across Mexico tour, a tour that involved me taking a group of ten fellow travelers around this very country, I figured this would be a good time to bring the topic up on my blog.

During those two weeks that we were in Mexico, our group visited approximately ten different destinations located in four different states. We slept in six different towns and cities and we covered a distance of around 2000 kilometers (1200 miles) from the starting point, Playa del Carmen, to the ending point, Oaxaca. Basically, we traveled across the entire southern part of Mexico.

And while I could write an entire post telling you that Mexico is much safer than you imagine, assuming you don’t wander around the far northern areas where the overwhelming majority of the drug violence occurs, I decided that I would ask the travelers who participated in my tour to share their thoughts instead.

Asking the Group – Is Mexico Safe to Visit?

Keep in mind that even though everyone was on a ‘tour’, there was plenty of free time mixed in to the itinerary and this group would often wander around in smaller groups or simply on their own, without me around at all, in just about every place that we visited. They went out during the mornings, afternoons and yes, even late at night, throughout the tour.

Now you might have also noticed from my previous posts about this Mexico trip that the majority of the group were females. As a result, I figured that their input would be especially valuable considering how many people, both males and females, feel that traveling to a country such as Mexico would be quite dangerous.

So, I made the following request, via email, to everyone on the tour a few days after it came to an end: “I was wondering if you could provide a few lines just about Mexico in general and whether or not you felt unsafe at any time in that country.”

And this is what they had to say…

Michelle
Maybe it was the smiling children, or the Mayan woman who invited us into her home for lunch, or the friendly greetings of “Hola, como estas, buenos dias” everywhere I went…..but “dangerous Mexico” is not a concept that I encountered, especially in the region we traveled. Don’t believe everything you hear….get out there and decide for yourself!

Rashelle
I’ve already been asked several times since my return if anything dangerous had happened. It just goes to show the level of propaganda people take so seriously is hugely misleading. I’d be MORE than HAPPY to SPREAD THE WORD THAT MEXICO IS SAFE!! Obviously you didn’t take us to the parts we shouldn’t go to where it is known for being dodgy, but you can generally cover a broad part of the country, visiting city after city without having to worry about anything. Not once did I feel threatened. Mexico was incredibly friendly and laid back, I never sensed any danger even when it was a few of us walking back home from a late night out. Anastasia and I went for a walk in Playa, it was after 9 (which isn’t that late) but we walked to parts where it was deserted and not once did I feel like someone was going to jump out of nowhere and attack us. I saw regular people out with their families and friends, people with their partners or on their own having a good time without hurting anyone. You can walk the streets of Mexico, smile at someone and get a genuine smile back without having to worry you may have rubbed someone the wrong way.

Queenie
During the time I was in Mexico, I think I told at least 5 people I was with that I felt safer walking around the streets there than I do back home (Northern California). There was not a single point during the tour that I felt unsafe.

Anastasia
As for personal safety, I felt safer in Mexico at night than I do in Denver. People are friendly, respectful and polite. At no time on this trip did I feel threatened or unsafe. It has to be mentioned that I did not wander into the deep neighborhoods of the outskirts looking for drugs or weapons. 😉 And regardless of where you are traveling one should be aware, cautious, prepared and use some common sense! The areas of Mexico that we traveled to are not a threat to anyone’s life or health. 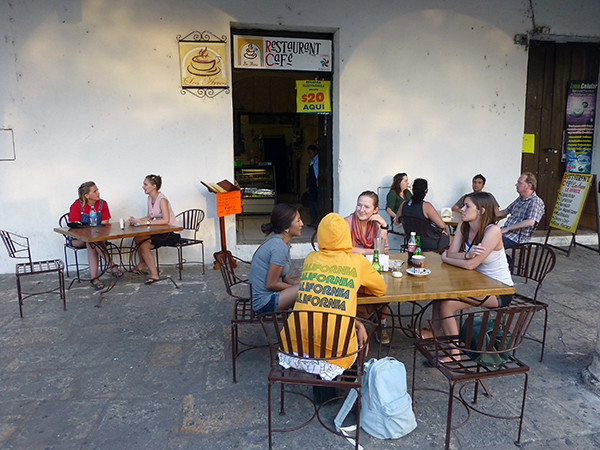 Alison
Mexico has a reputation for being dangerous and unsafe, but after spending about 3 weeks there in a few different places I feel this is quite undeserved. At no point during my travels did I ever feel unsafe. To the contrary, I was surprised at how safe it was and how relaxed the atmosphere felt.

Ken & Heather
During our entire trip in Mexico we did not feel concerned about our safety. We did note the policia made their presence clearly known. We live in Los Angeles, so we are used to being fairly vigilant and guarded against the deluge of clinically insane people wandering the streets here. While visiting various towns on the tour, we noted a strong sense of community. Families were out enjoying themselves even late at night, and many families had hand crafted gifts for sale. When we could not locate a restaurant or lavanderia, getting help with directions was fairly easy. Of course, the directions were not always accurate, but locals seemed happy to offer assistance any way they could.

Lisa
As far as safety in Mexico, I can only repeat what I have told a few friends and that is that I felt safer in Mexico than I do walking around in many parts of Minneapolis. The people were so warm and friendly, and everyone was so helpful. I think the kindness shown to us by so many Mexicans we encountered set an example that all the rest of us could follow.

Cindy
I have really enjoyed my time, 20 days so far, in Mexico. I must stress that never have I felt unsafe during my stay. To be honest, I felt safer walking down the main streets here than I have some places at home in New Zealand. As a blonde-haired, blue-eyed female, the only extra attention I ever had was somebody taking a second look at me out of curiosity. I never got hassled, even when walking alone. From Oaxaca to Playa del Carmen, I might have stuck out like a sore thumb sometimes but the way I was treated was with respect and warmth, just as they do with any other person. The people here are really relaxed and so is their way of life. I love it, and I wish I had given myself more time here.

There you have it, all of their responses, copied and pasted straight out of their emails. And I must say that I fully agree with everything they said.

If you’ve been to Mexico, did you feel safe? If you haven’t been, do you think it’s a dangerous place to visit? Any questions?