Impressions Of Romania: Transylvania To Bucharest

Impressions Of Romania: Transylvania To Bucharest 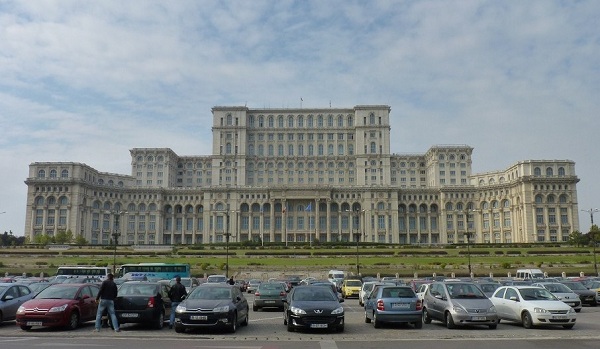 When I crossed the border from Serbia, my initial plan was to spend about ten days in Romania before continuing on into Bulgaria, where I hoped to spend the final week or so of my Eurail Adventure. However, three weeks later, I still had yet to leave Romania. My experiences from Transylvania to Bucharest made me want to skip Bulgaria altogether, which is what I decided to do.

The natural conclusion from this decision would be that I found it extremely difficult to leave Romania, a conclusion that would be quite true, although, for reasons that you might not expect. Romania certainly appealed to me, but not in the way that most countries appeal to most travelers.

In reality, I’d have great trouble talking excitedly about the actual towns I visited, the sights I saw and the activities I participated in during my stay in this country. I could talk a little about the food and the interesting history as well, but again, that’s not really what stood out for me either during my time here.

When you look at my itinerary, from Transylvania to Bucharest, which included visits to Timisoara, Bucharest, Brasov, Bran, Sighisoara, Sibiu and Targoviste, I spent time in a couple of popular travel destinations and a couple of less popular places. It goes without saying that I missed out on many places along the way, many amazing places I’m sure, but that’s just how things go. You can’t see everything and it is far more important to be happy about what you did see and experience than upset about what you didn’t.

So why did I find it so hard to leave Romania? Here’s my attempt to explain why by looking at a couple of the destinations I visited.

Before my arrival in Romania’s capital city, I generally had heard an endless stream of negative remarks about this place, from both locals and travelers alike. Most people told me that a couple of days would be more than sufficient and I would even hear things such as ‘we’re not so proud of Bucharest’ from Romanians themselves.

And so, I stayed just three quick days, spending my time walking around the small, but pleasant Old City, visiting the Parliament Building (which claims to be the second largest building in the world), eating in a handful of classic Romanian eateries, wandering down as many random streets and into as many random neighborhoods as possible, socializing in the evenings and even meeting a couple of wonderful readers of this blog.

However, I will admit that Bucharest didn’t stick out as my favorite city on the planet and I saw no real reason to stick around much longer than the three days. And so I boarded a train to Brasov, ready for a taste of Transylvania.

Just as I was told ahead of time that Bucharest was not the best of destinations, I was also informed by the same people that the city of Brasov would be a highlight of my trip. And yes, I would say that proved to be somewhat true, but mostly due to the people I met once there. Of course, it was quite a unique experience to spend a few days roaming around the town itself, soaking up the atmosphere in the Piata Sfatului (central plaza) with it’s impressive Council Building and the nearby Gothic-style “Black Church”, exploring both the Romanian and Hungarian sections of town, hiking from the White Tower to the Ecaterina Gate and even up to the top of Tampa Mountain for the swell views of the city and surrounding countryside.

Also, apart from the ‘nice’ town of Brasov itself, the owners of the guesthouse I stayed in also helped make this an interesting stop on my trip. The owners, an Estonian/Romanian couple who, interestingly enough, met each other while working on board cruise ships, had a refreshing way of making sure that their guests were well taken care of.

One night we were invited into the “Time Machine”, a room in the basement of their house where they insisted that we all get to know each other by talking whatever “bullsh*t” came to mind while sharing bottle after bottle of homemade palinka and wines. The very next night, we were invited to join the owners in the Finnish sauna they had in their backyard. At 9:00pm, as the temperature outside dipped below freezing, I wandered into the cold wearing only my swimsuit, and then spent the next two hours alternating between sessions inside the sauna, drinking beer outside in the cold and, on occasion, jumping into the swimming pool and its 7C (40F) water, which, surprisingly, felt quite wonderful.

Anyway, the point is, my time in Brasov was fun but simple. Some walking, some eating, some saunaing. Great place, but again, not enough to make me want to stay in Romania longer than planned.

Bran Castle is often referred to as the home of Bram Stoker’s Dracula and it is located about an hour away from Brasov. The character of Dracula is actually believed to be based upon Vlad the Impaler, a Romanian Prince that ruled the region of Wallachia between 1456 and 1472 and who was well-known for his campaigns against the Ottoman Empire and naturally, for his cruelty in the form of impaling those he didn’t take too kindly to.

However, despite the fact that Vlad the Impaler had only loose associations with Bran Castle, and never actually lived there, this castle was designated as Dracula’s Castle nonetheless, most likely to draw more visitors.

Well, it was a castle. A nice castle. A super-crowded castle, probably because I was there on a Saturday. In the end, given it’s close proximity to Brasov, it was well worth the day trip to Bran, but once again, this castle was in no way the reason I ended up finding it so hard to leave Romania.

And neither were my next two destinations, Sighisoara (the medieval town where I was almost eaten by dogs while in a cemetary on Halloween night) and Sibiu, the pleasant town where I took a break from being a traveler.

Those places were quite nice as well, but I’ve spent a great deal of time in ‘nice’ places over the past 12 years and so they didn’t really make such a powerful impression on me either.

After spending ten days overall in Transylvania, I suddenly made a decision that surprised even myself. Instead of continuing to head north to the town of Cluj, a town that was highly recommended by every traveler I know who has visited this country, I decided to just turn around and head straight back to Bucharest.

I knew it would be a gamble, to return to a city that initially failed to fully grab my attention, especially when there were so many other places in Romania that I could visit. But I’m a firm believer that we should always follow our heart, and my heart was telling me to get on a train and head back to Bucharest.

Well, thank you heart. Not only did I have the most memorable week of my European trip during this second stay in Bucharest, but I found myself to be the happiest I have been in quite a few months.

Immediately upon my arrival this second time around, the entire city seemed absolutely perfect. The Communist-era buildings, the dark streets, the construction sites, the decades-old tram cars, the waterless fountains, the florists on the sidewalks, the insanity of the taxi drivers, the simple bakeries and cafes, the statues of men on horses, the fresh juice stands in the parks, the crowded metro and even the fishermen on the Dambovita River….they all put a smile on my face like no other.

Is there an explanation for such an attraction to a city that seems to have such a negative reputation?

Of course there is, but I’m going to save the details for a future post. All I can say now is that my happiness had nothing to do with the random neighborhoods I walked around, the restaurants I ate in, the markets I visited or the museums I explored. It all had to do with something completely different, something that made my final week of this incredible Eurail Adventure, an adventure that has taken me across seven fascinating countries, the most memorable week of them all.

You never know how travel will work out in the end. You may travel across the globe to a destination you can’t wait to explore, only to discover that the connection you hoped for never happens. Or, as was the case for me in Romania, you may decide to stay in one country for much longer than you had ever imagined and for reasons that don’t always seem to make sense.

And the beautiful part is that everyone’s experiences are completely different and not everyone will like or dislike the same places. This is exactly why one person may have no desire to spend more than one day in Bucharest while not only can I see myself returning to this city very soon, but I can’t stop smiling when I think of the time I spent there.

Any experiences to share of a time you loved a random destination for your own personal reasons?