I Have Absolutely Nothing To Say Today

I Have Absolutely Nothing To Say Today 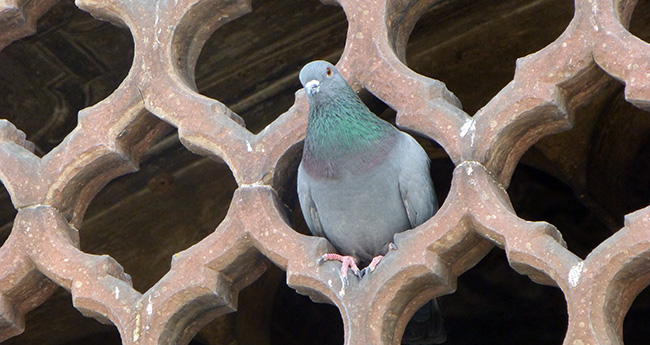 For the past thirty minutes, I have typed nothing. Not a word. And the staff here at the Cafe Coffee Day, a sort of Starbucks-like Indian coffee chain, have started whispering to each other every time they glance in my direction. My guess is that they are confused. Why would I be sitting at a table for so long, with my laptop open and turned on, with my hands on the keyboard in typing position but, without my fingers moving at all.

In all honesty, up until a moment ago, I was as equally confused as they have been.

The problem is that it’s been a struggle for me to write as of late. I sit down and my mind is blank, over and over again. As a result, I was even forced to skip my Monday post this week, something I try very hard to avoid doing.

As I mention often, it’s not easy working/writing while traveling and when that traveling takes place in a country as tiring as India, it is even more of a challenge. To constantly switch between a traveling state of mind and a work-focused state of mind is often a near impossible task (it takes time to prepare the brain for work and I can’t just pop back to my hotel for a couple of hours and get cracking) and it doesn’t take long to fall behind, very behind, when I’m unable to get in the right work mode. Once that happens, the pressure is on and my brain tends to stall.

And while my time in Goa over the past couple of weeks was delightfully relaxing, the final week was a little less so, which has led to my current writing struggles. I’m sure that my intense bout of fish poisoning (which still hasn’t completely gone away) had something to do with it and when the overnight bus journey from Goa to Mumbai a few nights ago ended up involving one badly broken bus, being stranded on the side of the road, taking two long rickshaw rides to towns I’d never heard of, being stuck at a bus station that had no buses going anywhere and eventually having to take an expensive taxi ride for the remaining 60 kilometers of the trip, it makes sense that I’m not really in the mood to blog right now.

Also, even though I do keep a list of potential post ideas in a folder on my desktop, ideas that I can always turn to whenever the inspiration is lacking, I’ve been unable to turn any of those ideas into actual posts either. Day after day I stare at my screen without making any progress.

However, when I woke up this morning, I realized that it’s Thursday and that I had no more time to waste. I needed to write a post today as I wasn’t about to skip two posts this week.

That’s why, as I walked out of my hotel in the Fort district of Mumbai at around 10:00am and began the one and a half kilometer walk to the quieter Colaba neighborhood, I found myself begging my brain to concentrate, to spend that walk doing nothing else but thinking of an idea for today’s post, or at least the beginning of an idea. I wanted to have a topic ready by the time I settled into my chair at Cafe Coffee Day so that I could get to work and finally accomplish something.

Unfortunately, whether it was the Mumbai traffic and all the noise, the death-defying street crossings I had to make en route or the mild headache that I woke up with today, I couldn’t concentrate at all. By the time I reached this cafe, and had ordered my cappuccino and taken a seat at the last remaining table, I was as lost for a post idea as I have been all week.

Incredibly though, just as the frustration really started setting in after thirty minutes of sitting here, right as I was shaking my head in disbelief and angrily asking myself ‘How can you have nothing to say?’, everything changed. It suddenly occurred to me that this one question was actually the answer to my problem.

That was all it took. After a quick smile at the thought of letting all of you know that I have nothing to say today, I shrugged my shoulders, licked my lips (which helped me discover a piece of toast that had apparently been stuck to my upper lip since breakfast and which was probably the real reason the staff at this cafe were talking about me) and started moving my fingers.

The result is this post, all about nothing. And even though I certainly do apologize for wasting a few moments of your day with this post about nothing, I must admit that it feels extremely satisfying and quite therapeutic to be writing it. I even contemplated writing a 500 word post where I would simply repeat the word “Nothing” 500 times.

Just the realization that it is perfectly alright to have nothing to say every now and then, and to also write about having nothing to say, has made me feel so much lighter and happier. I know that I could have very easily just skipped this post altogether and spared you from such nonsense, but I really couldn’t help it. I felt like writing it all down just because it feels so good. Sorry!

But here comes the best part. It seems a little rude of me to just end this post right now and to leave you with only the above written nothingness. The least I could do is to show you some video nothingness as well.

So here’s a short clip that was taken while I was in Goa a few days ago, at a time when I was unsuccessfully trying to get some work done despite dealing with, in addition to the fish poisoning, an incredible two-day bout of nonstop hiccups that suddenly appeared.

After searching for some hiccup remedies online, this video is the result of what I found…

Enjoy your weekend everyone and thank you for putting up with me today!

By the way, do you have any hiccup remedies to share?