How To Spend Your First 20 Minutes In A New Country

How To Spend Your First 20 Minutes In A New Country 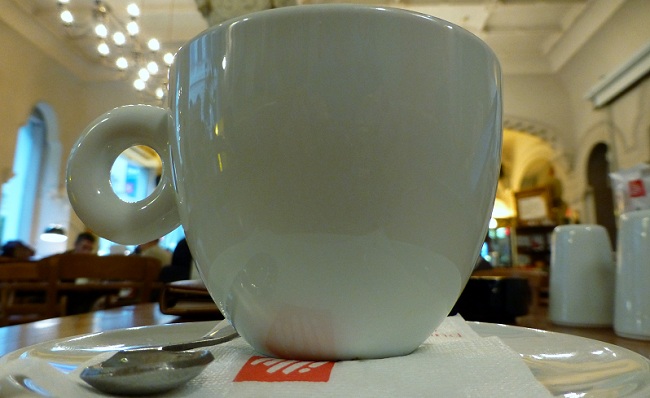 So, your flight lands. You walk off the plane and proceed to the Immigration lines. You receive your entry stamp in your passport. You collect your luggage from the luggage carousel and you walk through the Customs area without any issues.

And then you step out into the arrivals hall of the airport, ready to begin your adventure in a new land.

At this point, you may already have your transportation organized and somebody or some service is picking you up. Others might have spent a little time before their trip researching the best methods to get from the airport into the city on their own and some people won’t have done any research whatsoever.

If you’re the kind of person (as I am myself) who prefers to do only some very basic research or even no research at all before you arrive, I offer you the following suggestion of…

How you should spend your first 20 minutes in a new country.

You should take a break immediately upon arrival. This is an idea that I briefly mentioned on this site over 18 months ago, one that I learned from fellow traveler John Bardos over at JetSetCitizen.com (lots of useful information on this site for anyone looking to become location independent).

Taking a break is so simple, it makes so much sense, yet almost nobody does it.

Once you collect your luggage and proceed through the Customs inspection, head straight to an airport cafe, plop down in a seat and drink a coffee or tea or anything else you might desire. (If there’s no cafe, just sit down on one of the benches in the arrivals hall.)

As travelers, we tend to be taken advantage of most when we are tired, disoriented and unfamiliar with our surroundings, which is exactly the state we’re in right after landing in a new destination. So why not relax for 20 minutes instead of immediately trying to figure out how to get into the city? Enjoying such a rest allows you to take a few deep breaths, observe your surroundings and to clear your head before stepping out into the unknown.

You can also ask the staff at the cafe for reliable information about transportation and you can read the signs around the airport from your table without looking completely lost. Then, when you feel ready, you can calmly and confidently (you won’t be so overwhelmed anymore) head off into the city. And by this point, the unofficial taxi and shuttle bus representatives will have left you alone and you most likely won’t be bothered by anyone.

Also, if you’re two or more people traveling together, one person can wander around the airport learning the best way to get into the city while the other waits in the cafe so that you don’t have to stand around with your backpacks, exhausted and frustrated, trying to read signs and trying to understand where you need to go.

Taking such a break has helped me out several times, including…

Upon arrival in Istanbul during my first visit, a simple rest in a cafe at Ataturk Airport allowed me to figure out how to navigate the metro and tram system that would take me into the city center after a 17 hour trip from the US. Before I had my coffee, I found myself fending off several people offering a variety of taxi and shuttle bus services at prices that seemed much too high.

When I flew into Bucharest’s Otopeni airport, taking a seat on a row of benches in the arrivals hall (I couldn’t find a cafe) for twenty minutes helped me discover that the ‘official’ taxis in front of the airport charge 3.50 lei per kilometer ($1.15 USD) but if you walk one minute down the exit ramp you can hail a taxi that charges the standard Bucharest taxi rate of 1.39 lei per kilometer.

And when a friend of mine flew to Vietnam last week, he told me about how he took a seat at a cafe in the airport and how it saved him from getting ripped off by a taxi driver, something that had happened to just about every other traveler he met at the hostel where he was staying in Ho Chi Minh City. Simply by asking the waitress at the cafe for advice, he learned that he could catch a local bus outside the airport that would take him straight into the neighborhood he wanted for less than $1.00.

All it took was twenty minutes of relaxation upon arrival.

The following can make things even more hassle-free…

Find another traveler in the airport. Whenever I fly into a country for the first time – and I actually begin this process while on the plane itself – the first thing I do is to look around for other backpackers. If I don’t notice any on the airplane, I look around the immigration area of the airport, the luggage carousels and the customs area to see if anyone else looks like a traveler in need of a ‘buddy’.

If I do locate a fellow traveler, I strike up a conversation and ask them if they want to head into the city together. After all, backpackers usually tend to stay in the same area of a city, whichever area has the most budget accommodation options, so why not team up? Dealing with the initial challenges of facing a foreign language, foreign culture and simple lack of local street smarts in a strange land is much less intimidating when you’re with another clueless person.

The word ‘Official’ doesn’t actually mean ‘Official’ in many countries. In many airports, you’ll immediately notice booths and signs in the arrivals area advertising ‘Official Taxis’ and there will be people yelling out ‘Official this’ and ‘Official that’ in an attempt to convince you to use their services. But don’t be fooled, in some airports it seems that anyone is allowed to use this word, even those involved in the most unofficial of operations.

In fact, this is also true with the word ‘Government’ in some airports as well. Signs for ‘Official government taxis’ may lead you to an unlicensed guy with a car parked a mile down the road who will proceed to rip you off and just maybe, as happened to me in Bangladesh, kidnap you for a couple of days. So, this is where taking a break really pays off…it gives you time to find out exactly where the official ‘Official’ taxis or other transportation are located.

At the end of the day, you don’t have to plan every detail of your trip ahead of time and that’s not even something that I would recommend. But you certainly don’t want to arrive in Bangkok or Delhi or Buenos Aires or Cairo, overflowing with excitement about your upcoming travels, only to have all of that positive energy immediately sucked straight out by a negative experience as soon as you land.

And if the difference between a frustrating, upsetting initial experience and a much smoother, enjoyable one lies simply in a cup of coffee and sitting in a chair for twenty minutes, I imagine you’d agree that this is an idea worth following!

Any other arrival advice to share? Do you usually plan your transportation ahead of time or do you just figure it out once you get to your destination?