How to Handle a Sudden Change of Travel Plans

How to Handle a Sudden Change of Travel Plans 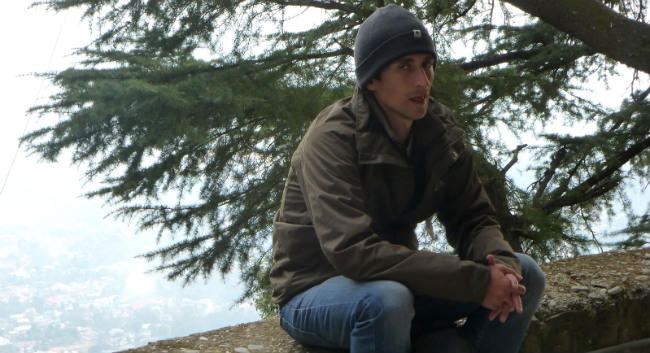 Three weeks ago, I attended my close friend’s wedding on a Sunday night in Vancouver. It was a great time, with great people, great food and just a great atmosphere. Once the wedding ended shortly after 1:00am, I then bummed a ride back to the apartment where I was staying and I went to sleep.

My plan was to spend the next four days exploring Vancouver before flying to the town of Santa Rosa, California for a mini-family reunion with some relatives I hadn’t seen in many years. After some time in California, I was set to return to Bucharest.

And then my grandmother passed away.

The night of the wedding, I ended up going to sleep around 2:00am and for some reason, I uncharacteristically awoke around 7:00am. And as soon as I did, I knew that something was wrong.

The light on my phone was flashing, I had seven new text messages and several urgently titled emails and FB messages from family members. I could only think of one thing, and I was right.

Jumping out of bed, I proceeded to spend the next four hours on the phone and laptop coordinating travel plans, re-arranging flights, renting a car, booking a hotel and of course, communicating with my family. I don’t remember much from those hours. All I know is the day passed by in a haze and just like that, the very next morning at 6:00am, I was on a flight to Seattle before changing planes and flying to New York City. Then, I waited for my sister’s flight to arrive, I picked up the rental car and we drove out to a hotel an hour away (thirty minutes had I not gotten lost of course).

The next morning, we drove to the cemetery for the funeral.

It All Happened So Fast

Interestingly, it wasn’t until I was standing there at the graveside service that I finally felt some calm, that I finally managed to clear my head and actually focus on what was happening. I had rushed around so much that I hadn’t even taken any time at all to think about my grandmother or to go through all of the memories I had of her.

Luckily, that all changed right there. During the funeral, and while with family at different times over the following week, we all thought about my grandmother and we all celebrated her 93 years in the way she would have liked, with plenty of story-telling, laughter and food. My grandmother would have actually loved the atmosphere of those gatherings, with all kinds of people showing up, just to spend time together.

(I could easily go on about the great time my family spent together and about my grandmother’s life as well, but I think I’ll keep those memories to myself. The idea of this post is to discuss how I handled the situation and what can be learned from it.)

And before I knew it, the following week I was on a flight back to Europe and back on my original travel schedule. But as I sat there for a long time in seat 25C, I unsurprisingly found myself reflecting on the previous seven days and the unpredictability of life. Here’s what came to mind…

1. FACT. Your plans will change.
One day you, too, will probably wake up and learn that your trip to California or Peru must now turn into a trip to NYC or somewhere else you had no plan of visiting right then, and it must happen immediately. That’s just life, simple as that.

It’s not something to be scared of and it’s nothing you can really prepare for. And while such a change of travel plans might lead you to places you didn’t expect to go or even want to go, don’t panic. Again, this is life. Accept it, do what you need to do, let everything settle and then get back on track whenever you can. The world will wait for you.

2. FACT. I should have stopped for a moment.
Barely had I opened my eyes that morning that I heard the news and, as I said, I was already on my phone, calling and texting everyone, running around, trying to make major plan changes, then changing those new plans and making newer ones, over and over again.

What I should have done is follow my own advice. I talk about taking a 20 minute coffee break when arriving in a new destination in order to relax and make better decisions as a result. The same applies here. Upon getting out of bed, I should have put the phone down and kept the laptop closed, and simply taken a seat in a chair. I should have spent some time letting the information sink in, collecting my thoughts and drinking a glass of water. I should have brushed my teeth, meditated for a few minutes or simply stared at the wall.

Instead of rushing into action without a clear head, which wears down the mind and can easily lead to frustration, confusion, bad decisions and even wasted time, it is far better to stop for a moment and get organized.

A calm, clear-thinking person is always a better decision-maker than a person who is freaking out. And when it comes to dealing with difficult situations, trying to avoid rushed and potentially poor decisions should be a goal.

3. FACT. Don’t be afraid to ask for help. People will help you.
I’ll admit, I absolutely dreaded the fact that I had to call two different airlines to change around my flights. When the time came for those calls, I prepared myself for an unpleasant exchange with the airline agents and I had already accepted the fact that I would end up paying massive change fees and be given crappy new flights just because I didn’t have the energy to argue right then.

First up was Delta. I dialed the number, waited for an agent and told them my situation. Then, somehow, within a mere fifteen minutes, I had managed to change my original flight (San Francisco to Bucharest) to a new set of flights (Vancouver to NYC and NYC to Bucharest). The change fee? Zero. The difference in fare? A heavily discounted $200. The quality of the flights? The fastest and best flights available.

I was almost shaking from the shock of such a pleasant, seamless experience with the agent on the phone.

Next up, Alaska Airlines. And sure enough, ten minutes later, I had managed to cancel my Vancouver to Santa Rosa flights and receive a full credit without any fees at all, thanks to some crafty assistance by the phone agent. It was, again, all so smooth.

The point? Don’t be afraid to explain your situation. It’s okay to tell others what you’re going through because, after all, every one of us is human, and we’ve all been through some tough times. Most people want to help and they will help to the greatest extent they can when you need it.

Another point? Don’t be afraid to learn. Learn from your own experiences. Pay attention to how you react or handle whatever comes your way. Reflect on it, figure out what you could have done better and how you can improve.

Every situation we face, especially in relation to travel, has the power to teach us many significant lessons, both great and small.

Have you ever had to make a sudden change of travel plans? Any additional advice to share from your experience?