How Safe Is Traveling To Iraq?

How Safe Is Traveling To Iraq?

Without even asking anyone, I’m quite certain that the reason Iraq doesn’t end up on many traveler’s itineraries is because of a strong sense of fear that bodily harm or even death is a very real possibility for any foreign visitor to this region.

However, traveling has taught me to expect the unexpected and so I figured that the best way to assess the safety situation in Iraq, was to venture there myself. And far from visiting such cities as Baghdad and Tikrit, which are both extremely dangerous, I instead headed to the semi-autonomous region known as Kurdistan. Of course, Kurdistan itself suffers from continued conflict with Turkey to the north and Iran to the east as well as having to fiercely protect it’s borders from the highly unstable regions of Iraq to the south. As a result, traveling to this part of the country is not exactly an automatic exemption from danger.

So the questions is….

Did I fear for my safety while traveling to Iraq?

With that said, traveling to Iraq is still not an adventure for everyone. I’m quite aware that everybody’s perception of danger is completely different. For me, after 11 years on the road and after trips to places such as Pakistan and Afghanistan, much of what might appear shocking, intense or just downright frightening to others, now seems completely normal to me. For example, if the sight of balaclava-clad soldiers standing in the back of pick-up trucks while pointing their massive machine guns in all directions seems somewhat terrifying, then Iraq may not be the place for you. 🙂

But before you make up your mind, let’s examine more closely some of the potential dangers (at least the perceived dangers) involved with traveling to Iraqi Kurdistan.

The chance of a foreign traveler being targeted for violence in Iraqi Kurdistan is extremely low. The Kurdish people are incredibly fond of foreigners, especially Americans, and not an hour goes by without a Kurd telling you how much they love George Bush and the USA. The Kurds benefited immensely during Bush’s eight year presidency, as the take down of Saddam led to a safer, freer and more autonomous Kurdistan. So there’s practically zero chance that foreigners would be targeted by Kurds for any violence and besides, the Kurds themselves are not committing violent acts on their own soil. And while it is feasible that non-Kurdish Iraqis could enter Kurdistan with the intention of harming foreign travelers, it would be quite a challenge for such a person to successfully pass through the dozens of checkpoints in the region. In addition, there just aren’t that many foreigners traveling here either. 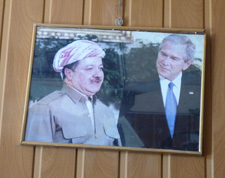 In conclusion, being a foreign traveler in Iraqi Kurdistan is not a problem at all and far from being a reason for concern, your nationality will most likely lead to interesting conversations, a lot of hand-shaking and everyone in the restaurant suddenly yelling out your country’s name while still shaking their heads in disbelief that you don’t speak Kurdish or Arabic.

Violent incidents that are not targeted at foreign visitors certainly do take place in Iraqi Kurdistan. In the past year alone, there has been a car bombing in Erbil, bombings from the Turkish army in the north and apparently, even bombings carried out by Iran on a few villages on the Iraqi side of the border. And only a few weeks before I arrived in Kurdistan, a man driving a bomb-laden car tried to ram through a checkpoint on the outskirts of Erbil as well (the driver was promptly shot by soldiers).

So yes, being caught up in random violence is always a possibility in Iraqi Kurdistan. Due to those highly unstable relationships with both Turkey and the rest of Iraq, it’s just not possible for a region involved in so much fighting to be classified as completely safe. But all of the roadblocks and checkpoints in place do offer a certain degree of protection as it would take considerable planning and effort for anyone with violent intentions to reach his/her potential target.

To give you an idea of the checkpoint situation when traveling through this region, during my 10 day stay, I passed through 91 heavily-guarded checkpoints (yes, I did keep track), about half of which required all passengers to hand over identification and for the vehicle to be inspected. 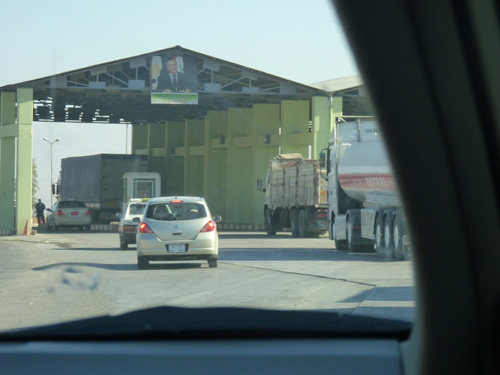 And besides, you certainly wouldn’t travel to any part of Kurdistan that is engaged in active fighting. If you stick to the main cities/towns such as Dohuk, Erbil and Sulamainiyah, your chances of ending up in the midst of a battlefield or danger zone are quite low.

However, changing sides once again, even though I personally felt safe at all times, it is important to understand that the situation could change instantly. All it takes is one act of violence or even a minor escalation of words between two warring sides and the relative peace and normalcy of life in most of Kurdistan would become quite chaotic and yes, very dangerous in mere minutes.

In my opinion, the most dangerous threat to your personal safety in Iraqi Kurdistan is the very real possibility of starvation due to the lack of variety in the Kurdish cuisine (at least with what is available in street stalls and restaurants)! Actually, if you love meat or chicken shawarma, then you’ll be absolutely ecstatic about the food. If you don’t, well, be prepared to eat it for every meal anyway or else be prepared to starve!

On a more serious note, from what I could tell, such typical travel concerns as pickpockets, scams and theft are no reason for concern at all when traveling through Iraqi Kurdistan. The Kurds are extremely honest people and you’ll often witness remarkable acts of trust. For example, in every town there are money changers who pile thousands of US Dollars, Euros, Iraqi Dinars and other currencies on a small, unprotected table on the footpath. And I was repeatedly shocked at how often these money changers would leave their table unattended (with all the money just sitting there) in order to go grab some food or a cup of tea, even if it was located on a busy street.

Due to the insistence of locals, I often left my backpack unattended in hotel lobbies, shared taxi stations and even on the side of the road while off doing something else as well. Nobody stole anything. While I can’t say that theft would never happen here, I’m quite sure that it’s not something a traveler needs to be overly concerned about. 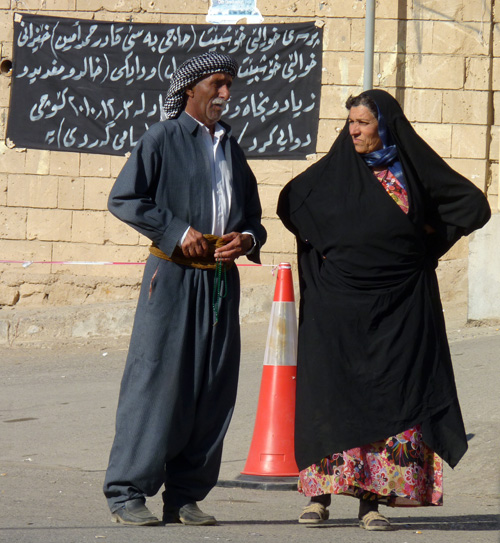 To some, after reading the above, it may seem that the region is quite safe, just as it did to me, and yet others may still feel that the potential danger is not worth the risk at all.

I feel that it’s important to repeat that this is still Iraq and in the end, it is a war zone. And that fact alone is not one to be taken lightly.

So despite any descriptions I make of a remarkably easy-going Kurdistan, despite almost every Kurd I met telling me that there are absolutely no safety concerns in Kurdistan whatsoever and despite the fact that walking around the streets, both during the day and at night, feels even safer than it does to walk around the streets of most towns back home in the USA, this is still not the safest of travel destinations. 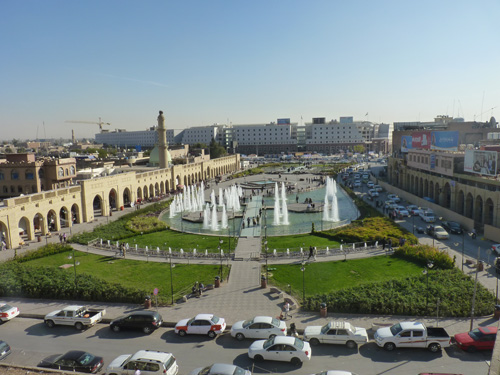 That peaceful surface is just too fragile to think otherwise.

A US Marine that Anil and I encountered at a checkpoint on the outskirts of Kirkuk (not the “Holy Sh*t!” Marine) gave us what is perhaps the most concise, yet realistic, explanation of the current state of things in Kurdistan. He said: “While the situation has calmed down significantly over the last couple of years, just remember that there is definitely still a situation here.”

So, who’s thinking of traveling to Iraq? Anyone?