How Much It Costs To Travel In Syria

How Much It Costs To Travel In Syria 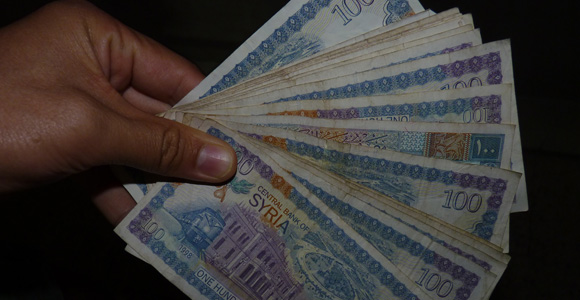 Now that I’ve been here for just under a month, I have a decent grasp on how much it costs to travel in Syria. And to be honest, this is a country that offers a quality adventure no matter how much money you’re interested in spending.

On the budget end of the spectrum, it’s quite possible to travel in Syria for about $15 USD per day, which involves sleeping on rooftops (see more below) or in dorm rooms, dining on shawarma and falafel sandwiches for most meals and using only local buses for transportation.

If you move up a notch and stay in private single or double rooms, eat a sit-down meal more often and use taxis to get around, you can travel here for about $25 – $30 USD per day.

At the moment, the exchange rate is approximately: $1 USD = 46 Syrian Pounds (SP)

To give you a better idea of the costs involved with travel in Syria, here’s some more specific information:

The visa situation seems to change quite often but as of right now, citizens of most countries are able to obtain a single-entry visa at the border. The cost varies between nationalities but for most Western European countries, as well as Australia/NZ and Canada, the price seems to be a somewhat consistent $99 USD. I will say that if you have the time, and in order to avoid any potential hassle at the border, it would be worth it to obtain a Syrian visa from the Syrian Embassy in your home country.

US Citizens have no choice but to obtain a visa through the Syrian Embassy in Washington D.C. (or at the Consulate in Los Angeles). The cost is $131 but if you include a short letter explaining that you would also like to visit Turkey, Lebanon and/or Jordan, they will give you a multiple-entry visa, which certainly comes in handy.

And even though every visa states a validity of only 15 days, this is actually no longer the case. Every visitor is now entitled to a stay of up to 45 days and every time you leave and return to Syria, you get another 45 days to use. If you plan to stay inside Syria for more than 45 days in a row, then around day #40, simply visit the Passport Office in whichever town you may be in and after a couple of hours you’ll have your extension. 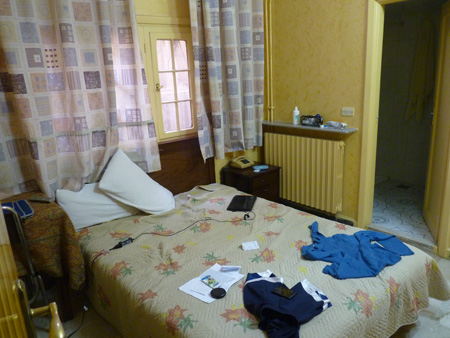 All budget hotels in Syria have the same basic setup and on the whole, I’ve found them to be clean, well-fun and quite comfortable. Generally, your sleeping options at each hotel will include:

Many hotels include a simple Syrian breakfast in the price of the room, which involves a plate of bread, cheese, boiled eggs, salad and tea or coffee. So if you’re on a tight budget, it pays to seek these places out!

Street food is everywhere and if you don’t mind eating the same handful of items over and over again, then your food costs will be remarkably cheap. I actually just came back from eating a falafel sandwich, a mini-Syrian pizza, two cheese pastries and a banana shake and I spent a total of 80 SP (less than $2 USD!).

Here’s what it costs to eat:

For a more in-depth exploration of Syrian cuisine, you’ll need to part with more money, which makes it somewhat difficult to enjoy the variety of food this country has to offer as often as we’d like.

Mezze style meal (selection of small dishes plus a few mains, all to be shared) – 350 SP per person

Also, most dishes in Syria do include either chicken or meat, but for vegetarians, there is always hummous! 🙂 And most most restaurants offer some version of salad as well as grilled vegetables (often aubergine) with rice or bread. You won’t go hungry but you will have to put up with far less variety. 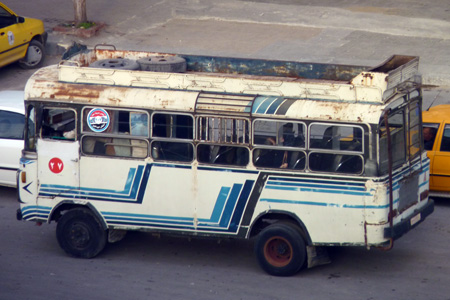 Walking is by far the best method of getting around every town and city. Taxis are plentiful but are really only necessary to visit the outskirts. And buses, well, they’re both cheap and efficient.

Share Taxis (Servis): Between certain destinations, and within big cities, these vans follow a set route and will pick up and drop off passengers along the way. Prices are usually between 10 – 50 SP.

Buses: The prices for long-distance transportation seem to be about 50 SP per hour of travel, making it extraordinarily cheap. And given the small size of Syria, you’ll rarely take a bus journey of more than 3 hours. Buses are clean and comfortable, generally leave on time, have assigned seats and usually include water, sweets and a movie. Not bad for $3 bucks!

Every major/minor sight around the country (i.e. Museums, the Dead Cities, Citadels, Palaces, Castles, etc.) has an entrance fee of either 75 or 150 SP. Anyone who can present a valid ISIC Student Card will have these fees reduced to only 15 SP. Compared to many countries, these entrance fees are an absolute bargain. 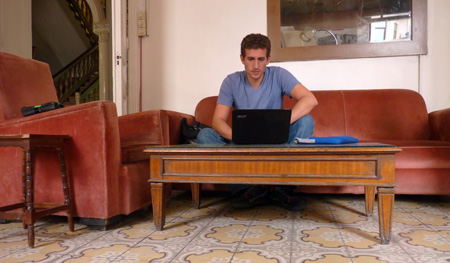 This is a strange one. In the two biggest cities, Damascus and Aleppo, internet connections are actually quite poor and wi-fi is not too common. And since I do need to work on the internet everyday, I’ve spent a good amount of time trying to solve this issue. So here’s what I’ve discovered:

Costa Coffee (next to the Four Seasons Hotel) offers customers 1.5 hours of reliable wi-fi with any purchase. Coffee prices are about 150 SP.

Al-Hamaraim Hotel is a popular budget hotel that offers its guests what has been the best connection in all of Syria so far. The only catch is that it costs 150 SP per day.

Apart from the above, internet cafes are also scattered around here and there, with varying speeds, reliability and prices. Expect to pay anywhere from 50 – 100 SP per hour.

In the new part of Aleppo, there are several reliable internet cafes for about 50 SP per hour.

For wi-fi, the manager of the Baron Hotel (Syria’s oldest hotel) will happily allow visitors to sit in the somewhat tattered but atmospheric lounge room while bumming the free wi-fi signal from the 4-star Ramses Hotel across the street. Order a tea or a beer and you can sit there and work for hours.

Oddly enough, in many of the smaller towns of Syria, internet connections are plentiful and often free at many budget hotels.

And while we’re talking about staying connected, a Syrian SIM card for my mobile phone from Syriatel, the country’s largest mobile communications provider, cost me 200 SP. I then purchased 400 SP of credit which has lasted me almost a month, although I’ve only used the phone to book a handful of hotels and make arrangements to meet up with people I’ve met.

If you want to try and earn some money while in Syria, I’ve found that there are plenty of opportunities to teach both English and French. In Aleppo, I was actually offered a job at a language institute where they asked me to teach 10 hours of English per week to classes of only 2-5 students. And they offered me 1000 SP ($22 USD) per hour, which is quite high considering that I don’t have a teaching certificate.

Another opportunity I’ve found is for web designers, of which there seems to be a major shortage over here. So far, I’ve already met 10 local Syrians (mostly managers of hotels and independent tour guides) who were interested in hiring me to help them set up a basic website for their business. I simply don’t have time (nor much skill in this area), but for anyone who does, you’d have no trouble finding endless work. And the Syrians I spoke with are willing to pay quite decent rates as well.

Before I finish this post, here are a few other things I’ve learned here in Syria that will hopefully help you save some money on your trip…you are coming to Syria, right? 🙂

If you have any questions about the cost of traveling in Syria that weren’t answered in this post, feel free to comment below or send me an email!