How I’ve Handled Travel Insurance Over The Years

How I’ve Handled Travel Insurance Over The Years 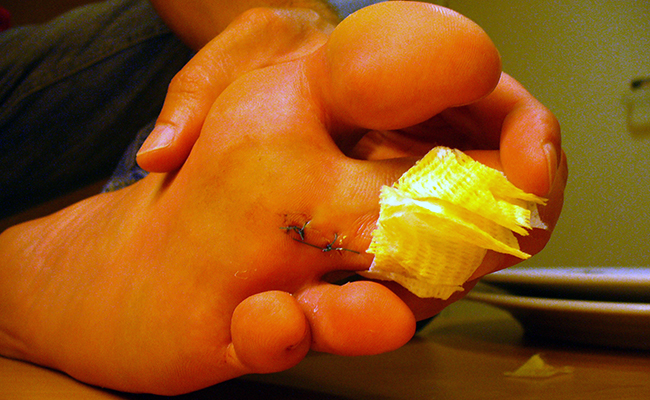 I can tell you very quickly how many times during my travels I’ve had an incident overseas that required real medical attention. Three times. In thirteen years.

The first time was when I fell into the moat that surrounds the Old City of Chiang Mai, Thailand. I had been celebrating the Thai New Year (Songkran) when I somehow lost my balance and ended up in the dirty water below. The problem was that during my rescue, which involved a chain of people reaching over the moat wall to pull me back out, I scraped my toes against some rocks and lost the toe nail on my big toe in the process. Off to the hospital I went where I spent two hours being fixed up by a team of doctors.

The second incident was when I got a stomach illness in India. After spending an hour walking around the Golden Temple in Amritsar in the mid-day heat, a kind, elderly man noticed how much I was sweating and offered me a cup of water which he had filled up from a nearby public tap. Not wanting to be rude, I drank the water, and then I proceeded to spend the next three days on the toilet, unable to sleep, eat or venture outside due to my condition. Eventually, the manager of the hotel where I was staying took me to the local doctor who gave me some medication to take and two days later, I started feeling better.

My third injury/illness occurred while jogging around the outside track on one of the cruise ships I worked on. It was night time and I couldn’t see the ground very well, and I happened to step right onto a broken wine glass. The stem of the glass pierced my shoe and shot right into my foot. With blood filling up my sneaker, I hobbled inside and down to the medical center on board the ship where I received two stitches and a legitimate excuse to take some time off work.

Apart from that, I also cut up my body quite badly while volcano boarding in Nicaragua, but I didn’t see a doctor in the end. All I needed was a pair of tweezers to remove the shards of volcanic rock from my skin and some ointments to heal the wounds.

So, if I’ve only had a few non-serious injuries and one non-serious illness during so many years of travel, do I think it’s necessary to have travel insurance?

What if I told you that the hospital bill after my injury in Thailand came to a mere $5.00 USD and that the doctor visit and medication in India only cost me $4.00 USD? If medical care is that cheap in many parts of the world, is travel insurance really worth it?

Even though the chances of something serious happening while traveling are quite low and even though medical care in many parts of the world is very inexpensive for travelers, having no insurance is a major risk. Anything can happen at any time…you never know and you certainly don’t want to end up in a foreign hospital with $100,000 worth of bills simply because you thought insurance was a waste of money.

What I’ve Used For Travel Insurance

Over the past 13 years, this is how I’ve dealt with travel/health insurance:

As you can see, apart from that one-year lapse of judgment, I’ve made sure that I am covered through some type of health insurance wherever I am in the world. And this is despite the fact that I’ve only spent a ridiculously low total of around $9 USD in 13 years on medical expenses for injuries and illnesses sustained during my adventures overseas.

All I know is that the last thing I want to worry about is having to dish out thousands and thousands of dollars in the event that something serious does happen to me and I suddenly need some major medical attention while in a foreign country. Again, the chances of that happening are of course quite small, but I’ll still gladly pay $100 or even $160 per month in order to eliminate that worry altogether.

How do you handle your own travel insurance? Do you have any tips or any questions?