How A Clock Tower In Albania Changed My Life

How A Clock Tower In Albania Changed My Life 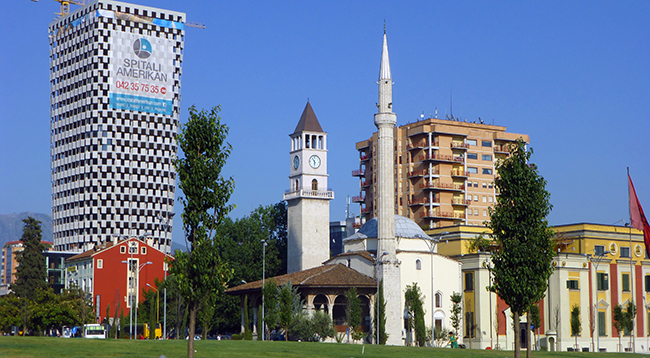 While my last post was all about the people you meet while traveling, I also want to make it clear that I do enjoy visiting the sights of a particular destination as well. Popular attractions are popular for a reason and so I often do try to seek them out in the hopes of discovering something interesting, educational or just plain fun.

And just like any tourist, I wander around, I take my photos, I say to myself ‘this is nice’ and then I move on to the next place.

My theory is that even though spending time visiting such mainstream attractions may not sound appealing at first, doing so can sometimes lead to the most unexpected of rewards.

For example, what may appear to be just a simple Clock Tower in Albania, one that is highlighted on the map you received when you checked into your hostel, could end up giving you the most memorable experience of your day or perhaps of your entire journey.

Yes, a Clock Tower, such as the one that caught my attention while I was walking around Tirana, Albania. It didn’t appear to be anything special but I had in fact seen it highlighted on my map and so I figured, what the heck, I’ll go take some quick photos before going to the museum across the square.

The Clock Tower in Albania

As I stood in front of this Clock Tower in Albania, snapping some shots while scratching my head as I repeatedly failed to fit the entire thing into the frame, a small door opened from the building to my right. An even smaller man, about seventy years old, well-dressed and smiling widely, came outside and walked straight up to me.

Immediately, he began looking up and pointing to the Clock Tower but it took my heat-affected, half-melted brain (that’s my excuse anyway as it was a hot day) about thirty seconds to understand that he was asking me if I wanted to go to the top.

So, this man unlocked the wooden door at the base, motioned for me to enter and then he just turned around and went back inside the building from where he came. Taking one last look at street-level Tirana, I then ducked my head (which was surprising as I normally end up banging my head every time I walk through a low entry-way), entered the tower and began the climb.

And as I climbed the hundred or so creaky metal stairs to the top, and the simple fact that I had a 200-year old Albanian Clock Tower all to myself sank in, I suddenly found myself to be more than delighted.

I began to sense that this was going to be a memorable experience, more memorable than I would have ever imagined. Sure, it’s just a Clock Tower, but my travels have taught me that ‘just a Clock Tower in Albania’ can sometimes prove to be so much more.

On Top of the World

Once at the top, I walked out onto the narrow balcony that surrounded the clock itself, strolled around until I found the perfect view of the city and I stopped. And that very spot is where I would spend the following one and a half hours. There are times when I don’t have the patience to sit on an idyllic white sand beach for one and a half hours, but up there in that tower, hovering over Tirana, Albania, spying on life below and taking in the views, the sounds and the smells of this intriguing city, I didn’t want to leave.

And then I leaned on the balcony railing, stared off into the distance and began thinking about my life, about where I’ve been, where I’m headed and how I feel about it all.

It was as if I had been picked up off the ground and sent high into the sky from where I could float above the world, from where I could see that world, and my place in it, from an entirely fresh perspective. Here I was in such a foreign city, on the balcony of a simple Clock Tower, having the kind of calming, clarity-producing meditative experience that I had not had in a long time.

And from this clarity I made some decisions about my life, I found some answers to questions that had been bothering me for a while and I uncovered a spark of motivation that had been lost.

I did not want to leave this balcony at all. I wanted to see what would happen next, to see where this transformation would lead. I already knew that the person I was when I entered would be left behind and when it came time to leave the tower, I would be a refreshed, inspired and even more focused version of my old self. That realization put a smile on my face and sent intense chills throughout my body. 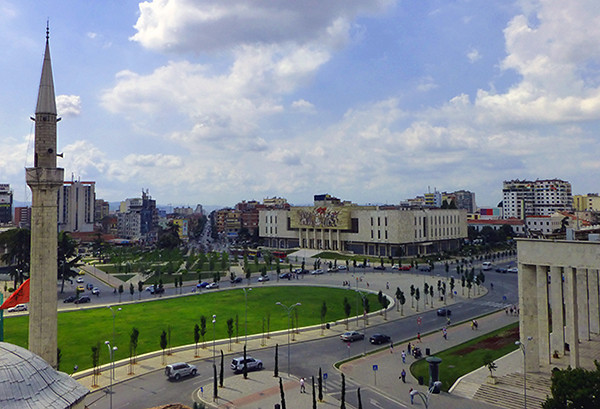 And the only reason I didn’t stay up there longer than one and a half hours was because the dark rain clouds eventually began to approach and I took that as a sign, a sign that, well, it was going to start raining hard.

So, reluctantly, I took one last look out over Tirana, enjoyed one last deep breath from the top of the world and I took my newly cleared mind and climbed back down the stairs to the bottom.

The man who had unlocked the Clock Tower door was nowhere to be found, so, unable to thank him for unknowingly providing me with one of the most memorable experiences I would have on my Balkan trip, all I could do was walk back to the Skanderbeg Square and into the National History Museum, just as the first drop of rain began to fall.

You never know what you’ll find when traveling and so I encourage you to visit everything you can, to walk down every street and every lane, to enter random buildings and to go take photos of every monument you pass. And of course, don’t forget to climb every Clock Tower.

Have you ever had an unexpectedly wonderful experience while visiting something that at first seemed ordinary?