Has Travel Made Me Dumber?

Has Travel Made Me Dumber? 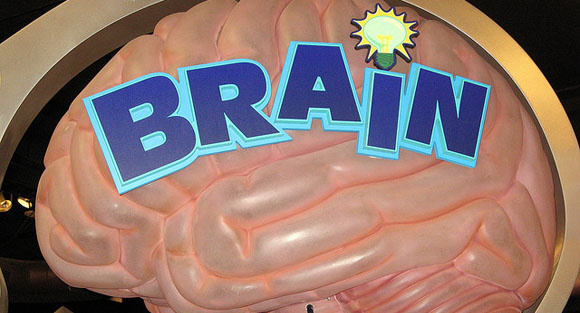 For all the talk about the positive benefits of travel, and more specifically, long-term travel, I’ve begun to realize that there is a completely different side to the story, one that is rarely, if ever, mentioned. And I will say that before I decided to discuss this unfortunate aspect of life on the road, I thought long and hard about whether or not my claim is actually true.

I think it’s the truth.

Traveling has made me dumber.

It goes without saying that what I like to believe is my open mind and respect for other people is a result of my extensive travels, as is a great deal of the knowledge that fills my brain, dictates my life and ultimately makes me who I am as a human being. And I am proud of who I am and every day I purposely take time to appreciate the life I’ve led.

However, it is also true that the culprit behind my frequent inability to speak clearly or to participate in intelligent conversations or to keep my mind as sharp as possible, is all of this traveling as well.

The first thing that comes to mind is that I’ve basically spent the past 11 years speaking in broken, baby English, so it’s no wonder that my vocabulary is not as extensive as I would have hoped by this point in life. Usually, I’m in a non-English speaking country and as a result, I must alter how I speak. Instead of complete sentences, I’ve been saying such things as ‘You good?‘ and ‘Bus Delhi?‘ and ‘Me Earl‘ and ‘Happy yes!‘. Come to think of it, not only am I speaking baby English, but I’m speaking baby caveman English almost every single day!

It’s also no mystery that it takes me an extraordinarily long time to think of words that should come into my mind much more quickly. Sometimes I’ll need 7.9 seconds to remember what I like to eat with my muesli in the morning (yogurt) and 12.7 seconds to remember that what I don’t eat is red ‘meat’ and not red ‘meet’. Just this morning it took me 10 minutes to remember the word ‘fabric’.

And even though my head is filled with the knowledge gained through constant cultural interaction, it often tends to be knowledge that is rarely useful when conversing with others. I personally could talk all day about Bangladeshi taxi mafias, the Syrian camel races or the details of every Central American border crossing, but those are not exactly topics that come up too often in conversation. As a result, such knowledge becomes buried in the bottom of my brain and then covered up with another layer of much the same. I love having this information in my head, but a good portion of what I learn is not at all useful to anyone other than a permanent nomad or long time traveler.

So what happens is that when I do find myself hanging out with people who are engaged in normal conversations while speaking intelligent English, I’m often left nodding my head, muttering ‘uh-huh’ every now and then and day-dreaming about my time at those camel races. 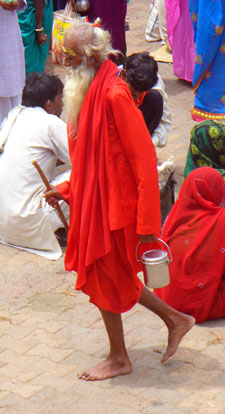 Another truth about long-term travel is that the life-changing intensity of new experiences can easily wear off and as a result, over time, the brain becomes less stimulated by what were once considered unique and eye-opening moments. Sure, the first time you see an Indian holy man walk up to a urinating cow, cup his hands together, place his hands directly into the stream of urine and then drink it, your brain is forced to re-evaluate everything that it once thought normal and acceptable in life.

But the second time you see it, you just shrug your shoulders and finish your chai.

Of course, I do put a great deal of effort into trying to ensure that my brain receives as much stimulation as possible and that I am constantly in situations that offer some sort of education. But it’s extremely tiring work, as the more I travel, the harder it is to challenge myself on a daily basis and the easier it is to just resort to a comfortable existence by vegging out on a beach for months at a time. When this happens, the brain is used even less and when coupled with the communication issue, it’s not hard to imagine how this can take a toll on a person’s intelligence.

So, am I really dumber because of all the traveling I’ve done?

To an extent, I really believe I am. Although, I don’t necessarily see this as such a terrible thing. I would in no way exchange what I have gained from travel for the ability to talk about stocks and bonds. But if or when I ever decide to alter my lifestyle in any significant manner, I might be in trouble. The relatively disconnected life I lead now might have so little relation to any other way of life, that I would lack the necessary knowledge and skills to adjust to a different path. Perhaps it is this truth that has kept me on the road for so long already.

MY OWN BEST FRIEND

And before I finish, I guess I should mention the ‘talking to myself’ issue as well, an issue that I believe springs from spending so much time on my own, often unable to communicate properly with others. Starting about three years ago, I began talking to myself and these days, I apparently do it so much, that I no longer notice it. While walking through the streets of Chiang Mai, Thailand a couple of weeks ago, my friends would often ask me whether or not I was talking to them. Unfortunately, nine times out of ten I wasn’t. It was just me engaged in some ridiculously long conversations with myself, conversations that I was told were as loud and clear as if I was actually speaking to another person.

I’ll admit that’s a little disturbing and while it doesn’t necessarily translate to being dumber, it is another reason for concern.

Ahhh….traveling. To be out on the road, exploring, interacting and learning. It all sounds so glorious!

Except that it now takes me 10 minutes to think of words like ‘glorious’ and then another 10 minutes to remember why I was trying to think of the world ‘glorious’ in the first place, all because I’m too busy having a deep conversation with myself about the therapeutic qualities of Slovakian mud baths.

So, to all of you hopeful world travelers out there….I wish you the best of luck 🙂

And I’m curious to know if any other travelers have also sometimes felt ‘dumber’ as a result of their travels?