Friendship and Travel: So Many Friends, So Many Goodbyes

Friendship and Travel: So Many Friends, So Many Goodbyes 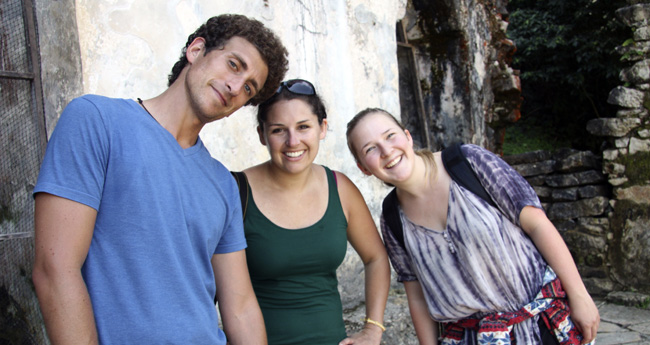 In the past week alone, I have met six new people. I’m not saying that I bumped into six people or that I exchanged a few words with six people. What I’m saying is that I met, spent a good amount of time, and became friends on some level, with these individuals. That’s a part of traveling, meeting so many new people everywhere I go, creating new friendships all the time, and to me, it’s the greatest part of this lifestyle.

But how do I handle the fact that I might never see any of these six new people ever again, no matter how close we became during the time we spent together? After all, I might be here in Bucharest today, but who knows where I’ll be next week, next month or next year? And the same goes for anyone I meet as well.

Unfortunately, this is also a part of the traveling lifestyle, this coming and going, this saying hello and then soon after, saying goodbye. Friendship and travel don’t always seem to be very compatible because, unlike those who live in one place, those who have the benefit of a stable social circle, a stable group of friends to spend time with and to share their lives with, long-term travelers simply don’t have that luxury. We do have friends of course, close friends too, but we often are unable to spend significant time with most of them.

However, despite all of that, I wouldn’t give up this ever-changing nature of friendships for anything. After all, I would never have met many of my good friends had I never traveled in the first place and there are still so many interesting people out there in the world for me to meet. And I know perfectly well that even if I don’t see many of my friends often, the majority will still remain my friends. I can count on them, they can count on me, at any time. I’m also confident that my closest of friends, especially those from back home with whom I spent my high school or university years with, will always remain my closest friends, no matter how many days per year we actually spend together or how many miles apart we may be.

Is It Difficult to Always Say Goodbye?

I won’t deny it though. Even with my love of meeting new people, it is most certainly difficult, even after so many years of travel, to fully get used to saying goodbye so many times as I move on and leave new friends behind (or vice versa). Nobody likes parting ways with someone they have enjoyed spending time with. But what does make it slightly easier to handle, is the fact that I actually do see the people I meet and become friends with while traveling more often than most would imagine. Yes, there are plenty of people I meet and with whom I get along with very well, yet, I probably won’t ever see them again. At the same time, because I’ve met so many people, I often have friends wherever I travel. Maybe I’m passing through their home country or maybe, since we’re both traveling types, we end up in the same location once again at some point down the road. However it works out, the point is that it does work out, remarkably often, and I am always meeting up with people I had met earlier in my travels.

Let me look at Bucharest as an example. Since I began using this city as my base last year, I would estimate that I have met up with about one person every week I’ve spent here who I had previously met while traveling at some point over the past 13 years. And this is Bucharest, a city that is not a major tourist destination. I’ve hung out with people that I originally met during my days traveling around Southeast Asia, from my time in Mexico and Australia, people I know from back in the US and on and on. I’m always surrounded by friends from my travels, even here, it’s just that the friends I’m surrounded with are not always the same all the time.

And while that may not be as ideal as seeing my absolute closest friends every weekend or more often in general, my situation is not such a bad deal either. My life has been significantly enhanced by all of the friends I’ve made around the world and I have learned a great deal about life, about myself and about other countries and cultures by having friends from all over the map.

You Never Know Who You’ll Meet

With all of this said, I can understand how this constant saying hello and saying goodbye stuff isn’t for everyone. And I do know people who couldn’t get used to it at all, so much so that the life of travel they once dreamed of became something they were no longer interested in pursuing.

These travelers have a hard time figuring out how anyone could possibly allow themselves to become close to new people they meet when they know they’ll most likely have to say goodbye at some point in the not-too-distant future. To an extent, yes, like I said, trying to mix friendship and travel can suck at times.

However, my theory has always been that it’s much better to dive in and bond with new people because in the end, you really never know where it might lead. You might have travel plans in place that will take you both to opposite ends of the world, but perhaps after spending time together with a new friend (or even a new “friend”) you decide that your friendship is more important or your potential relationship is more important, and you re-arrange your trips as a result. Maybe you plan to meet up later in the year, maybe you decide to cancel those flights you had booked for next month and travel together for some more time or maybe you decide to return to one of your home countries together for a while. Or maybe you just say goodbye to your new friend or friends, content with the idea that there’s always a chance you’ll run into each other again somewhere.

Every person you meet, anywhere in the world, could potentially be your next friend, maybe an extremely close friend, or perhaps a long-term partner or even a spouse. You just don’t know, and at least in my opinion, I’d rather meet as many people as possible, to bond and become friends with all those I connect with, to share great moments and memories and to know that some of these friendships will last, somehow, some way, despite having to say goodbye. Not all last, many fizzle quickly but some most definitely make it through the challenges of the traveling lifestyle.

As I mentioned, I’m always meeting up with friends I’ve met throughout my travels, no matter where I happen to be in the world, and I’m easily able to stay connected with those I really bond with via email, Skype and other methods. And that’s why, if I have a chance to meet someone new or spend time with someone I think could become a good friend, I simply won’t turn away, even knowing that soon I might already have to say goodbye. Instead, I go in with the mindset that life is full of surprises and that every “hello” I say and every hand I shake, could change my life forever.

And those potential life changes, and the friendships that are created, no matter what the form, are not something I want to miss out on.

How do you deal with meeting new people while traveling? Is it easy for you to always say goodbye or is it difficult? How do you feel about it all?