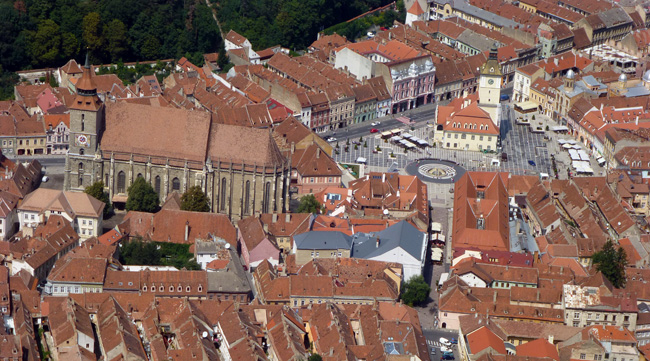 Two nights ago, my fourth Wandering Earl Tour officially came to an end. Our group of ten mighty fine individuals wined (drank beer actually) and dined for the last time together after having traveled around Romania and Moldova for the past two weeks.

And while I genuinely hope that everyone on the tour enjoyed their experience in this part of the world, I don’t hesitate for a second to state that I thoroughly enjoyed the experience myself. In fact, these last two weeks helped me reconfirm a couple of things.

First, I absolutely love running these Wandering Earl Tours. Never did I imagine I would ever work on a project like this but now, I literally can’t wait for every single tour to begin.

Second, I absolutely love Romania and Moldova and all of Eastern Europe in general. Despite the frustratingly poor customer service, despite the sometimes initially drab appearance of towns of cities and despite the fact that less things go according to plan over here than in India, there is a magic to this this region that makes it quite appealing to me.

And it is this second point that I want to expand upon below.

You see, during our group’s 8.5 hour bus ride from Chisinau, Moldova back to Bucharest a couple of days ago, I had plenty of time to think. My only other option was to massage the head of the man seated in front of me because of how far back he chose to lean his chair, but his hair didn’t look very clean and so I decided to just sit and think instead.   And as I jabbed my knee into the man’s back in an attempt to give him some indication that I would rather not have his head in my lap, that’s when I randomly started formulating a mental list of my favorite locations in Eastern Europe, the cities and towns that, when I take my collective experiences from visiting each one, have created the foundation of why I love this region so much.

Now I want to share my favorite travel destinations in Eastern Europe with you, just in case you’re considering at trip to this part of the world…

(And when I refer to Eastern Europe, I am not trying to offend anyone. I’m simply referring to countries that would be found east of any line drawn from north to south through the exact center of Europe.)

Affordable, welcoming city for foreigners that I would consider one of the most livable cities in the world. There’s no shortage of friendly Romanians interested in making friends with travelers here and Bucharest’s location is ideal for exploring not only the rest of Romania, but several other countries in the region too. Favorite aspect: Definitely the people. I meet more local people in one week in Bucharest than I would normally meet in one month anywhere else.

Whenever I end up in Brasov, I have a very difficult time convincing myself to leave. It’s a small (very walkable), medieval city wedged in between the mountains of Transylvania with a great mix of history, cafe culture, excellent food (try Restaurant Sergiana if you go!) and endless opportunities for day trips to surroundings towns, villages and nature activities. Favorite aspect: Overall atmosphere. I truly find it impossible to not be happy while in this town. Simple as that.

During our stay in Chisinau as part of my Wandering Earl Tour we didn’t see any other tourists in the city center during our four day stay. And that’s because there really are very few tourists who visit, maybe due to the fact that there isn’t a great deal of things to do and see. However, Chisinau is still a place where I could spend some significant time. You’ll be asked “Why are you here?” by locals every day and that often leads to conversations and new friends, almost instantly. Throw in some more tasty food, some great nightlife, inexpensive living costs and day trips to wineries, the impressively set cave monastery at Orheiul Vechi, the breakaway region of Transnistria and you have a fun, culturally interesting (for example, the mix of Romanian and Russian languages used in daily life) destination that offers more than it seems at first. Favorite aspect: Clearly being one of a handful of tourists in the city at any given time. You’ll stand out and people will want to talk to you as a result, once again making it very easy to interact with locals and have a social life here.

The main square in the Old City is quite an attractive one and while there might not be much to do except wander around every day, there’s something that makes Lviv the kind of destination you feel you could actually live in for a while. I planned to spend a few days and I ended up spending over a week here just a couple of months ago and the only reason I left is because I had a flight to catch. Favorite aspect: Ideal location for those who work online. During my time there, I had such a great daily schedule (when I wasn’t battling a cold) that involved a morning wander, a few hours of work at a friendly cafe, a delicious lunch, two more hours of work and an afternoon wander around the outskirts of town, all followed by a few drinks at one of the local bars or terraces around the city center.

Built along the Yantra River, on top of three hills, this community used to be a major cultural center during the Middle Ages and an old capital of the Bulgarian Empire. Now it is a stunningly located town with a castle, traditional old quarter, quiet villages on the outskirts, plenty of hiking opportunities, as well as delicious food, affordable accommodation, welcoming people and a laid-back atmosphere that often keeps travelers here for much longer than they had originally planned. As I’ve stated before, this town, as well Bulgaria in general, just might be one of the best value destinations on the planet. Favorite aspect: Eating and people watching. Most evenings I would head to the main street in the old town with a few other travelers, sit down at a restaurant, order some traditional food and just watch the people go by, often talking with those around us over a beer or two.

The window-heavy architecture of the homes in the old town is quite unique, the surrounding mountains are beautiful and the attractions (mainly the Citadel and the Berat Castle) are well worth a visit, but this town is all about taking a stroll. Each evening at around sunset, hundreds of locals walk out to the main avenue in the center of town where they simply walk up and down for a while. It’s a great scene, with both men and women checking each other out, friends meeting up along the way and those needing a rest throwing down some beer or coffee at one of the cafes that line the street. As a foreigner, you should just show up, join the crowd and see where it all leads and believe me, you’ll want to partake in this evening event every single day. Favorite aspect: That evening walk.

Maybe it’s because I visited this coastal town at the perfect moment, right when I needed a one week beach vacation away from my laptop but my stay here was one of the most relaxing and therapeutic experiences of my life. I imagine it had something to do with the view from the balcony of the apartment I rented, although, the nearby beaches, picturesque old town and friendly locals had something to do with it as well. Favorite aspect: The view. I could have sat on my balcony all day, every day just staring out at the Adriatic Sea, feeling the light breeze while allowing my head to clear more and more every minute.

Many places are described as having a ‘fairy-tale’ setting but Kotor might fit that description the best. As soon as you step through the main entrance to this fortified, medieval town, you realize you’ve entered someplace special and that feeling remains whether you’re walking around the narrow cobblestone lanes, climbing the fortress for unreal views out over the Bay of Kotor or going for a swim just outside the city walls. There’s also yummy baked goods being sold at several bakeries, a large fruit market, plenty of bars and terraces for the evenings and some great cafes located along tiny plazas amid the maze of lanes…not to mention Kotor being a short distance away from several other towns along Montenegro’s coast. Favorite aspect: Climbing the hill to the top of the fortress in order to watch the sunset. You won’t want to come back down.

Another of my favorite capital cities, I immediately took a strong liking to this place when I visited. In fact, I enjoyed my stay so much that I quickly wrote a post called “I’m In Love With Ljubljana“. Read that post and you’ll see why I am so fond of this city! Favorite aspect: Everything.

So there you go. For one reason or another, those are my favorite travel destinations in Eastern Europe. I have nothing against any of the places that I left out. The above locations just happen to be those where I truly appreciated my experiences more than usual.

There are thousands of more destinations in this part of the world to visit of course and I am always meeting other travelers, and locals as well, who have been or who live in these countries and who have offered their suggestions of places I should visit. It’s never ending over here, although, the main problem, at least for me, is that the good weather only lasts for half the year at best!   I’ll get to them all eventually even if, after I ask this next question, my list of additional destinations to visit in Eastern Europe once again grows considerably.

What are you favorite locations in Eastern Europe? If you haven’t been, is there anywhere in this part of the world you would love to experience?