Less than two minutes after walking into the ticket office at the train station I walked back out into the streets of Lucerne holding my freshly printed train ticket to Vienna. Sure, I would have to travel from Lucerne to Zurich on Switzerland’s train system and then switch to Austria’s international rail service that would take me the rest of the way, but with my Eurail Global Pass, the two separate trips were treated as one journey, making the reservation process as hassle-free as possible.

I simply informed the ticket agent of my desired final destination as well as the day and approximate time I wished to travel and she immediately printed out two tickets, one for each leg of the trip. And that was it. Done deal.

Then, the following morning, I returned to the train station and the actual train journey began, a journey that started off with a smooth 50-minute ride to Zurich, an easy transfer to my next train and even better, the discovery that I would be sitting next to a Tibetan monk who was on his way to a Buddhism conference in Salzburg, Austria. We ended up chatting for almost an hour, sharing stories of Dharamasala, India as well as recipes for spinach and cheese momos, until the ticket collector came by and kindly pointed out to the monk that he was sitting in the wrong train car. Of course, being a Tibetan monk, Joshi took this news quite well, laughing and smiling the entire time as he gathered his backpack, shook my hand and said goodbye.

With Joshi gone, I settled into my seat and hoped that the remaining 8 hours wouldn’t be too painful. Little did I know at the time just how painless this journey would prove to be. In fact, this was perhaps the most comfortable, and easiest, long-distance journey I’ve ever taken in all my travels, on any form of transportation. Not only were the seats uber comfortable, the leg room more than sufficient for a giant, the train cars spotless and the staff friendly, but the on board menu was also impressive (food and drinks did cost extra but were reasonably priced) and every seat had it’s own personal plug outlet. As a result, and while sipping tea and nibbling on a sandwich, it didn’t take long for me to realize why so many travelers rave about train travel in Europe. 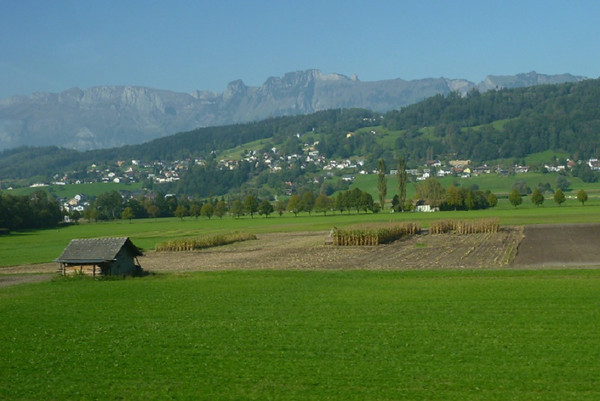 From the Swiss Alps to the Austrian Alps, from Buchs to Bludenz, Landeck-Zams to Innsbruck, Salzburg to Linz, this was the kind of scenery that any normal human being could stare at, in complete awe, for hours and hours on end, which, in my case, was perfect considering that it took nine hours to reach my destination. At one point, I decided to turn on my laptop and start watching a movie, but after 30 minutes I realized that I had not been paying attention at all as I remained fixated on the mountains and country villages passing by. So I turned the movie off and closed my laptop. 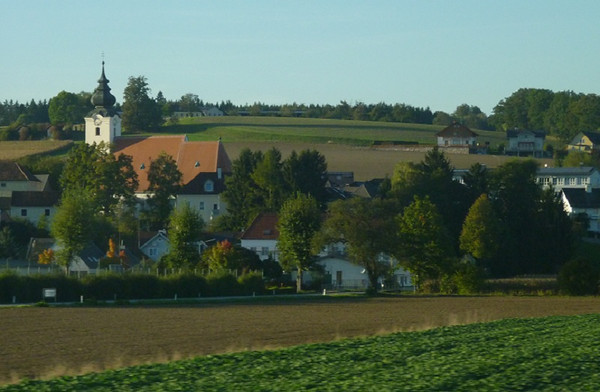 I might have taken a short nap at around hour five, and I did read a few pages of my book at around hour seven as well, but in reality, when the announcement was made that Wien Westbahnhof (Vienna) would be the next stop, I found it difficult to believe that 9.5 hours had passed. I literally walked off of that train feeling as fresh as if I had just taken an all-inclusive holiday to a Greek island.

And so the first leg of my Eurail adventure came to an end, with me not only looking forward to spending some time wandering around the Karlsplatz and Stephansplatz in Vienna, but also looking forward to the next travel day of this trip. I must come clean and admit that I was not expecting to enjoy train travel this much but with my Eurail Global Pass in hand and a dozen destinations ahead of me, I can’t think of any other method of transportation I’d rather use to explore this continent.

While this is my own adventure, I must make a note that Eurail.com has provided my Eurail Pass as part of their Blogger Project for 2011. With that said, I am completely free to write about my journey as I see fit (I would never participate in any project that would not allow me to do so) and as always, my posts are my own words based upon my own personal experiences.