Do Human Rights Play A Role In My Travel Decisions?

Do Human Rights Play A Role In My Travel Decisions? 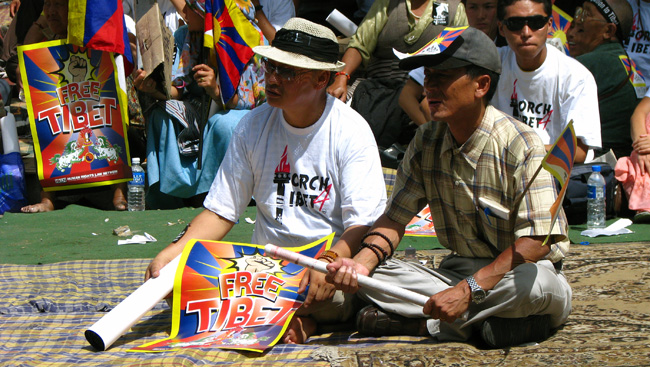 If a country has a reputation for human rights abuses, would I travel there?

If a country has laws that suppress a certain segment of the population, will I go?

If a country is considered to be anti-gay, anti-minority, anti-anything-I-don’t-agree-with, will I still place it on my list of countries I wish to visit?

These are questions that I wrestled with often during the first few years of my travels, but eventually, my experiences around the world helped me to reach an actual conclusion, a conclusion that I’ve stuck with for the past several years now. And I still believe it to be the right decision for me.

So, how do I deal with human rights and travel? Will I visit countries that fit the above descriptions?

First off, if I create a rule in which I avoid countries with a history of human rights and/or other abuses or troubling issues, I basically couldn’t travel at all. There’s almost not a single country without some kind of problem that I, and many people, would be disturbed by or object to. And this includes my own country, and probably most of your home countries, as well. So, not only would I be required to stop traveling, I wouldn’t be able to go home either.

Where would I draw the line?

As a traveler, I aim to see the world with my own eyes, to learn from the world through first-hand experiences and as a result, I prefer not to draw a line at all. I am comfortable with traveling anywhere and everywhere in order to meet people, learn from them and hopefully have them learn from me. If I refused to travel somewhere, I would be contradicting my very own belief in the importance of travel by allowing myself to reach conclusions based on second or third hand information.

Sure, there are indeed countries with a very clear lack of free speech, countries that treat women terribly and countries with large anti-gay movements. In fact, Ukraine, where I am right now, is known for being quite anti-gay itself. But that doesn’t mean that everyone in Ukraine is anti-gay. In fact, the other night at the guesthouse where I’m staying here in Lviv (a city in Western Ukraine), the very topic was discussed among a large group of both foreign travelers and locals. And not one of the Ukrainians in the room was anti-gay at all.

Again, I’m not denying that there are major, and unbelievably disturbing, human rights abuses taking place around the world, but I’m simply not going to hold such abuses, no matter what the situation, against an entire population. There are good, respectful people everywhere, in every single country, and they shouldn’t be isolated because of the actions of some others. In fact, they should be supported by visiting them and their communities, staying and eating at their establishments and using their services. I tend to believe that supporting those who believe in human rights for all is infinitely more powerful than distancing yourself from those who don’t.

Is it possible to visit a country and ensure that your money is only spent with such people? Of course not, but we can try as hard as possible to make it happen and even when we fail, I still think the benefits of travel outweigh an occasional negative.

By traveling to countries that are home to movements or policies that you don’t agree with, you also have a chance to create some open, healthy debate. Human interaction and the exchange of ideas leads people to re-evaluate their beliefs. After all, this is exactly how I’ve grown and changed as a person over the years myself. I’ve met people all over the world who think differently than I do and I’ve listened to their stories, tried to understand their points of view and then, I’ve examined my own belief system and often made adjustments as a result.

Avoiding a country altogether just seems like a far less effective ‘protest’ than bringing your own beliefs, aligning with the portion of the population who believes the same and hopefully engaging in conversations in which all ideas are shared and discussed.

(I’m sure some of you will disagree with this of course, and I look forward to hearing your thoughts below.)

And once again, as I stated above, I feel that it would be quite inconsistent of almost anyone to avoid traveling to countries for such reasons as human rights abuses and/or other problems given the fact that very few countries would be exempt from such a list. Whether it is a lack of any number of freedoms, the presence of torture, corruption, political intimidation, an anti-gay movement, racism, poor environmental policies, gender inequality or any one of thousands of other issues that the world currently faces, such issues are indeed present all over the world.

Do you make travel decisions based on the presence of such issues? Would you make such decisions?