Do Budget Travelers Travel In Comfort Or In Poverty?

Do Budget Travelers Travel In Comfort Or In Poverty? 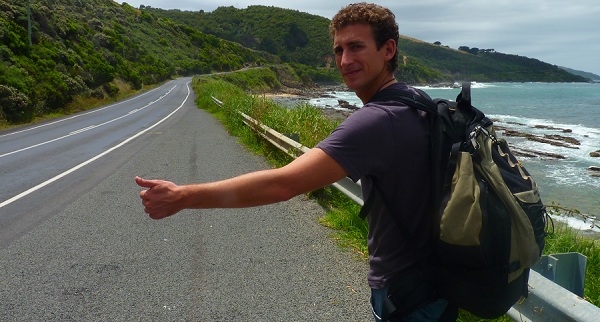 I’m always telling people that $1000 per month is more than enough money to travel around the majority of the world. There’s even been a few times on this blog that I’ve mentioned $500 being enough to travel, and travel relatively well, around certain regions.

But there is a problem with such claims and that problem lies right there in the previous sentence. What on earth does ‘relatively well’ really mean?

The more I think about it, the more that I realize that what is ‘relatively well’ for me might be absolutely miserable to someone else, or on the other end of the spectrum, my traveling style may even seem luxurious to others. And because of the wide range of possibilities that ‘relatively well’ may represent, any post I write about how much money I spend while traveling or how inexpensive traveling can be is nowhere near complete if I don’t clarify what ‘relatively well‘ means to me.

If I claim to spend $1000 per month or less while traveling, am I sleeping on the streets, eating only one plate of rice per day and hitch-hiking everywhere I go in order to keep my expenses as low as possible?

It’s easy to get excited about the possibility of traveling around the world for such a small amount of money, but it would probably be significantly less appealing if such budget travel involves you having access to a shower only once per week, sleeping in rat-infested abandoned buildings and begging for food.

So what does $1000 or less per month get me while backpacking?

First, I would never promote budget world travel if my claims of being able to do so for little money involved sleeping on the streets and starving oneself. And while it is true that I slept on the grass in the middle of the Ala Moana Park in Honolulu one night while passing through Hawaii, that was the only time I’ve slept ‘on the streets’ and that was purely by choice (which proved to be quite a poor choice once the sprinklers automatically turned on at 3am).

It is a fact that I am definitely a budget traveler. My goal is to travel around this world of ours while spending as little money as possible to do so….comfortably. Yes, I need a little comfort while on the road. While I may opt for very cheap accommodation options and I never eat in expensive restaurants, it is not my desire nor interest to travel around in poverty.

To give a better idea of what it’s really like to travel on a budget of less than $1000 per month, let me break down some of the more common expenses I face.

I usually sleep in hotels, budget hotels. These days, I rarely sleep in hostels as I prefer a little more privacy and personal space than what a dorm room can provide. There’s nothing wrong with hostels at all, and they are an absolutely excellent option for budget travelers, with cheap dorm rooms, a lively atmosphere and an instant social life with so many travelers being on one place. However, for me, after sleeping in dorm rooms for so many years, and because I now work online, I need that extra comfort to ensure I stay sane while traveling.

Interestingly, this ‘upgrade’ from hostels to budget hotels really hasn’t affected my expenses much at all. In many countries, budget hotels are a surprisingly good value, offering private rooms that often have a private bathroom as well. While prices do vary widely by country, in many parts of the world that have proven to be budget traveler-friendly destinations, I’ll typically spend between $6 – $20 USD per night for such a private room.

With that said, you won’t find any white-glove service at these kind of establishments and chances are you’ll have to lug your backpack up the stairs yourself. The rooms will usually be clean, but not even close to spotless and such issues as a faulty faucet, a couple of dead mosquitoes splattered on the wall or a missing tile on the floor are to be expected, as is having to put up with it and realizing that the chances of such issues being fixed are slim to none. (Here’s an amusing rant from UncorneredMarket.com about what is typically missing from such budget hotel rooms.)

But again, you get a private room, a bed to lay your head and a shower and toilet that you don’t have to share with a dozen other people, all for a price that most budget travelers can afford.

You won’t ever find me cutting back on food as I’m addicted to sampling as much of a local cuisine as is humanly possible. Whether it be dining in local restaurants or grabbing a snack or quick meal from a street stall or food market, in no way whatsoever would I say that being a budget traveler has had a negative effect on my ability to eat well. While we may be used to paying $10 or more for a meal in the western world, that amount of money could feed you for 2 days in many other parts of the world where hearty meals can be had for as little as $1 or $2.

And don’t be fooled. Such cheap prices does not mean that you will be eating in dirty, unhygienic places or that three minutes after finishing your pad see ew from a street stall in Thailand, you’ll be stricken with a debilitating stomach illness. If a restaurant looks dirty, don’t eat there, but if you find a local joint that is full of locals, you can bet that the food will not only be tasty and cheap, but safe to eat as well.

As an example, during the time I spent in Mexico, a typical meal from a popular local restaurant would cost between 30 – 60 pesos ($2.50 – $5.00) and street stalls sold such items as tamales, esquite, quesadillas and tacos for as little 10 pesos (75 cents). You could eat five times per day without even making a dent in your $1000 budget!

One thing I should add is that I simply do not eat at expensive restaurants while traveling. First, I have always found it difficult for me to justify spending 2 or 3 night’s worth of accommodation on one meal. Also, I much prefer to eat where locals eat, as apart from the chance to eat real, freshly-prepared local food, such local eateries often prove to be great places to meet and interact with people. Eating a simple meal of yummy tostadas and huaraches, while surrounded by a friendly group of customers and restaurant staff, always sounds more appealing to me than eating a filet mignon at a tourist-oriented steakhouse that charges $30 USD per plate.

I travel somewhere in the middle, which is not only quite comfortable most of the time, but extraordinarily good value.

Second-class trains typically offer cushy benches with assigned seating in an acceptably clean environment. Local buses, or non-first class buses, usually offer decent enough seats, open windows that play the role of air-conditioning and a nice slower ride that allows you to share the journey with the other passengers.

Again, almost every time I travel, I do so in a proper seat. Not the floor, not on the roof and not hanging out the door while holding on for dear life with one hand. And the times that I do not travel in a seat are always by choice. Sometimes I want to sacrifice my comfort for a chance to have a unique cultural experience, such as traveling on a third-class train in India, on a stranger’s lap in a ‘taxi’ in Cambodia or kneeling down on a sack of wood shavings in the back of a van in Syria.

And while I always prefer to travel overland, sometimes it’s impossible and I need to take a flight to my next destination. Whenever this is the case, I’ll always seek out budget airlines in the region I’m visiting (examples include AirAsia, FlyDubai and Vivoaerobus), as such airlines often offer very low fares, especially if you’re flexible with your dates and/or actual destination.

And even though sometimes I may never have even heard of the airline I buy my cheap ticket with, such flights still take place on airplanes that look like all of the others I’ve flown, I’ve never had goats, buffaloes or armed guerrillas sitting next to me and the person in control of the aircraft has always seemed to be a highly trained pilot. Not bad for a $250 one way ticket from Bangkok to Melbourne, Australia on AirAsia or a $55 ticket from Mexico City to Puerta Vallarta on Vivoaerobus.

TRAVEL IS A BARGAIN

As you can see, my travel style is anything but luxurious, however, I hope it is as equally clear that I do not travel in poverty either. Truthfully, I could spend more than $1000 per month if I wanted to, but I’m quite happy with my current travel style. I’m comfortable, not lacking for anything and I have money left over for such important things as travel insurance and even saving a portion of my income to be used later in life.

Of course, it goes without saying that how much you spend to travel ‘relatively well’ does depend on the country you’re visiting and your own idea of what is ‘comfortable’. But for anyone looking to travel for the first time or to simply test the waters of long-term travel, it’s usually a good idea to begin such an adventure in inexpensive, budget traveler-friendly parts of the world, which is where I do most of my own traveling. Regions such as Southeast Asia, India, Central or South America and even parts of the Middle East and Africa are all good options.

And if you think you may want to enjoy a little more comfort while on the road, then you just have to plan on spending a little more money. On the other hand, if you don’t mind roughing it more than I do, you’ll be able to get started with even less cash in your bank account.

Either way, I’d say that being able to travel around the world for around $1000 per month is an undeniably remarkable bargain that more of us should take advantage of!

What do you think of budget travel? Is this your style or do you prefer a different method? Does $1000 or less per month sound reasonable to you?