Dengue Fever Is Nasty & It Made Me Cry

Dengue Fever Is Nasty & It Made Me Cry 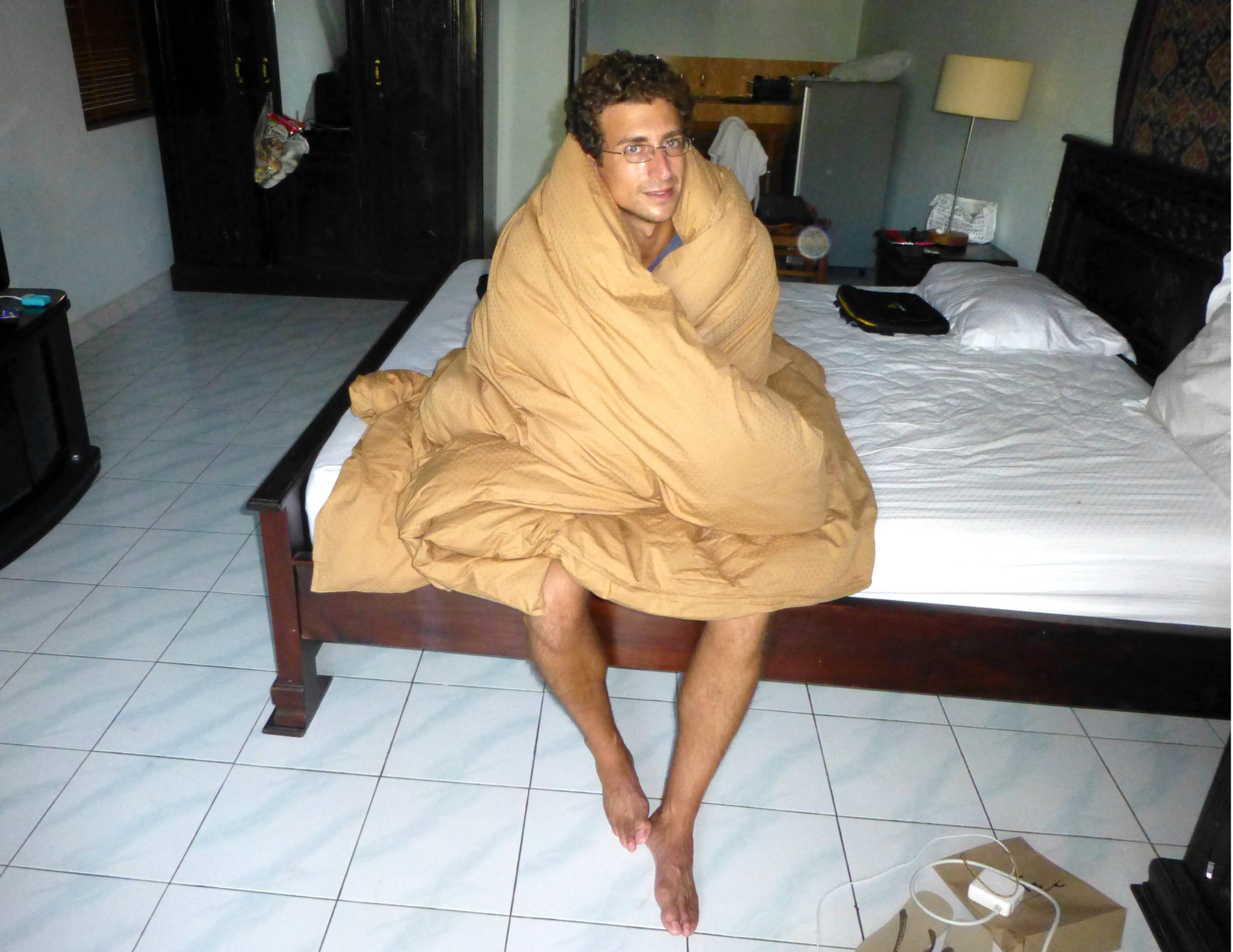 Hunched over, with my hands on my knees, I tried to breathe but found it difficult. My head was pounding, I was covered in sweat despite the air-conditioner blasting cold air throughout the room and the dizziness made it difficult for me to even remain standing. I remember mumbling some nonsense. I remember a tear or two or three dropping from my eye and down my cheek. I remember thinking, “I’m so damn tired” as I felt worse and worse with every passing second.

It had been my plan for the month of July to take a break from the blog. I had decided to take two weeks off from writing so that I could rest a little and spend some much needed time away from the laptop. Those two weeks passed and I actually managed to enjoy some rest, but as soon as I was ready to return to blogging, I found myself unable to do so.

As luck would have it, during my two week ‘holiday’, which I took with some friends in Bali, I contracted dengue fever. Yup, dengue fever. And I kid you not when I state that I have never been through anything in my fourteen years of travel that has knocked me down, destroyed me and completely obliterated my sanity, as much as this experience with dengue fever.

For three days straight I had an extremely high, uncontrollable fever, which all led to that very night early last week when I found myself hunched over in my hotel room at 3am, barely able to breath, dizzy and nauseous, feeling as if I wouldn’t even make it to see the morning.

On the fourth day, the fever began to subside, and I forced myself to leave my hotel and visit a hospital. Some blood tests confirmed the dengue and I then experienced a week of on again, off again fevers, a bad lung infection, painful coughing, constant congestion, frequent headaches, body aches and a level of exhaustion that had me in great need of a major rest after less than three hours of being awake.

The range of feelings that I went through during those initial stages of the dengue fever included a strong desire to get rid of the illness as quickly as possible and return to my normal routine all the way to a strong desire to throw my laptop into the ocean and hole up in a small beach bungalow for the rest of my life. I have never felt so up and down, with moods and levels of discomfort changing so rapidly and so often, and I have never spent so much time in bed either.

The fevers are now gone, but there are still occasional headaches and I am absolutely exhausted most of the time. My white blood cell count hasn’t returned to normal yet and I certainly don’t feel even close to being my 100% normal self. Just the amount of effort it took for me to write this post up until this point has led to a guarantee that there will be a long nap in my near future.

The good news is that I can breathe and that I’m no longer awake in the middle of the night, dizzy and feeling hopeless. And if I’m able to complete this post, that will be a good indication that I can slowly – very, very slowly – start returning to my work.

So, my apologies for not being able to write for almost one whole month. It was weird not to, but it just wasn’t possible. I’ve also been quite slow at replying to emails naturally, but I will get to them all in the end, that I promise. For now, I just plan to continue resting and to continue drinking plenty of fluids, scattering some work in between, and making sure that I rid myself completely of this dengue fever sooner rather than later.

With that, I shall now leave you so that I can go and take my nap. Before I do though, I do want to sincerely thank you all for sticking around even though I haven’t been able to write. It certainly does mean a great deal to me, assuming that there are some of you who have stuck around!

Hope you’ve had a more positive July than me so far and for those of you who are out there traveling, I definitely wish you dengue-free adventures ahead…

If you wish to share any of your own tales of being sick on the road, please feel free to do so below!