The Death Of Random Travel Experiences

The Death Of Random Travel Experiences 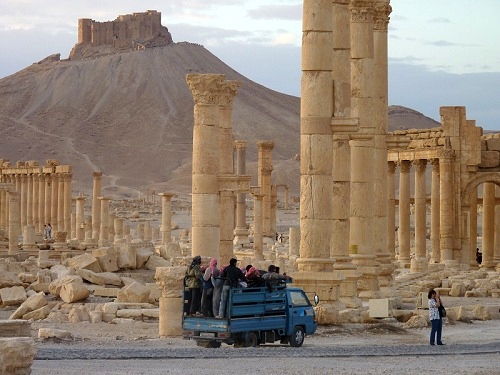 Do you know those days when you find yourself stuck in a foreign city, standing on a street corner, dripping in sweat from the burning heat, your shoulders in pain from carrying your overstuffed backpack, unable to find any hotel that has an available room and suddenly realizing that you are completely lost in a part of town that looks anything but welcoming?

Perhaps you do remember such a day or maybe you can imagine such an experience happening to you, when you’ve been so lost and frustrated that you just lean up against a wall, on the verge of tears, wondering why you took your trip in the first place. You close your eyes for a moment and wish that you could be instantly transported to a more familiar land.

Maybe, after a few minutes, you manage to gather some strength and you slowly walk towards a tiny shop down the street that sells cheap shoes, with the shopkeeper sitting out front, cutting his toenails and smoking a cigarette. The shopkeeper lifts his head and begins to stand up, staring intensely into your eyes and making you feel even more uncomfortable. You immediately clutch onto your belongings tightly, fearing that this man might pull a gun from inside his jacket and steal everything you own. You think of turning around but you realize there’s no avoiding this man now and so you bite your lip and accept the oncoming trouble.

You try to remain calm, but the shopkeeper slowly pulls his hand out of his pocket, clenches his fist and gets ready to throw what is surely going to be a violent punch to your head. He draws nearer, his fist only inches from your face, and then..

Shocked, you quickly, yet clumsily, return the first bump and upon doing so, the man then shakes your hand and welcomes you into his shop. Before you know it, you are sitting on a small wooden stool, surrounded by shoes, sipping tea and nibbling on stale cookies that this man has saved for many years in the hopes of such an encounter with a foreigner. Through broken English you chat and laugh for over an hour and he even calls up his cousin on the phone and invites him to join you.

His cousin soon appears, along with two of his friends, and immediately, this new group of friendly faces invites you to dinner at the family’s village home about three hours outside of the city. You naturally accept the invitation, and in a battered old pickup truck, you soon head off, along with the shopkeeper, the cousin and the cousin’s friends, as well as a goat, a rusted out refrigerator, a live snake kept in a paper bag, and a ridiculously large sack of bananas, into the mountains beyond the city limits.

Rolling down a gravel road through a landscape full of bright sunflower fields, with the most impossibly located villages scattered in the mountains high above, you munch on bananas with the others and take a swig every now and then from an unmarked mystery bottle that is being passed around.

Upon arrival in the village, you are quickly escorted to the home of the village chief, a kind man with only one leg, his other leg, according to the incredible story he tells, having been lost during a fight with a tiger that had attacked the village some years before. Members of the community, many of whom had never before seen a foreigner so close, excitedly invite you to join them for dinner on a patch of grass right next to a colorful wooden temple built in honor of a spirit that the villagers believe inhabits the mountains.

Several local delicacies are served, with dozens of plates being passed around and the locals forcing you to be the first to try every dish. Villagers approach you throughout the meal, pat your back, giggle, pinch your cheeks and even place droplets of ‘magic water’ on to your head to see if you would disintegrate. The children find it amusing when you spread your arms out wide as if you had performed a magic trick by not melting into the earth.

After the three-hour meal, the shopkeeper and his cousin invite you to sleep in their family home that night and they build you a comfortable bed out of blankets and mats, placing several sunflowers on top of you before you go to sleep, something that is done to all visitors in order to protect them from the spirit.

You sleep better than you’ve slept in months and when the sun rises the following morning, you are awaken by several smiling people, and encouraged to quickly rise out of bed and join the group outside. It is the annual Yak Festival and the entire village is full of thousands of beautiful yaks roaming around. As a guest of honor, you are placed atop the largest of yaks, whose local name, for some unexplained reason, translates as “Apple”, and you are led on a long procession, along with dozens of other villagers, through the mountains. You eventually reach an idyllic lake, with water so blue and the surrounding scenery so impressive that you feel as happy as you have ever felt at any point in your life.

After going for a quick swim and admiring the views, you head back down the mountain to the village, where you discover that preparations are under way for the Yak Festival celebrations. You are immediately invited to attend the ceremony and festivities, which you are informed will last for 4 days.

And so, for 4 more days you remain in that village, celebrating, sharing stories, laughing, riding yaks, racing yaks and participating in a tug-o-war against yaks, and also getting to know so many wonderful people. You spend one night camping out under the stars, another night sleeping in the mountains with several of your new friends and on your final night, you don’t even sleep at all as the chief organizes another celebration specifically for you.

As you dance throughout that final night, in this remote village, so isolated from any world you have ever known before, you realize that your reasons for traveling have been confirmed as valid once again.

On the fifth day, you say your goodbyes, shake hands and hug everyone in the village several times. Before you are allowed to leave, the chief takes you to the top floor of the colorful temple and says a prayer for your safe journey. He then hands you a cherished yak testicle as a gift, which you hesitatingly accept even though you do not have a bag to put it in.

You are then given a lift back into the city, once again in that old battered pickup truck. The driver of the truck, who decides to take the longer route through the canyon in order to show you more of his homeland, eventually drops you off in the afternoon, in front of a budget hotel in the city. Your new friend, the shopkeeper, goes inside with you and helps you secure a room at a local price.

After throwing your backpack down on the bed, you go back outside and begin to wander the streets. Before long, you find yourself in a familiar place, on the very same street corner where, only 5 days prior, you had been, and felt, so lost. However, there are no tears of frustration this time, only a smile, a smile so wide that you are certain it will remain on your face for quite some time.

What Is Happening To Such Random Travel Stories? 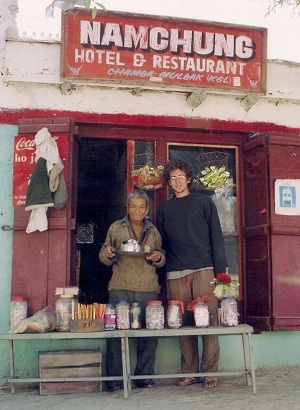 I’m talking about those fascinating stories that leave readers and listeners in complete and utter awe, barely able to believe what they have heard and so inspired that they never want the story to come to an end. (I’m not saying that my story above fits that description, it was just a somewhat fictional story pieced together from several of my own experiences.)

I believe that one of the reasons such unique, random travel stories have seemed to fade is that today, when we find ourselves lost on that random street corner in a foreign country, frustrated and unsure of what we should do, we no longer walk over to the shopkeeper or ask the stranger in the street for directions or assistance.

We simply pull out our iPhones instead, and have Google Maps instantly tell us where to go. Or we quickly tweet to the world, “Stuck in Tashkent, where should I stay?” and receive a response from others within seconds.

And while those tools certainly have their benefits, the result of using them is the elimination of much of the spontaneity and randomness that typically leads to the experiences that make travel so wonderful (and travel stories so intoxicating). Simply because it is easier to look at a map on our phone doesn’t mean we have to do just that.

So, before we reach for our iPhone next time, let’s stop and think about the wild and unexpected travel experiences that we may miss out on by choosing to rely on the technology we carry instead of choosing to interact with all of the interesting human beings around us.

I’m very interested to hear your thoughts on this one…what do you think?