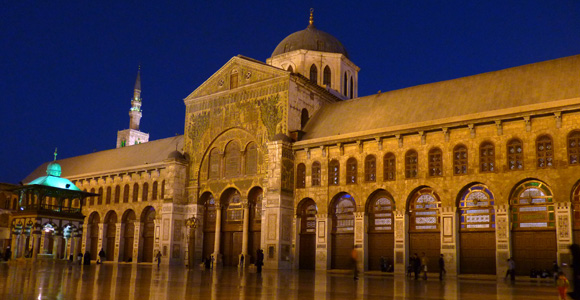 Damascus, one of the oldest continually inhabited cities on the planet.

So much to see, so much to explore, yet I did very little during my first couple of days in Damascus. Sure, I wandered around the Old City a couple of times, devoured a large vanilla ice cream cone topped with pistachios and cashews from the famous Bakdash ice cream shop and sat quietly for some time in the Umayyad Mosque.

But apart from that, I was unfortunately quite busy with some website issues.

It all began on my first full day here, when I sat down at an internet cafe in order to check my emails. As I scanned through my inbox, one particular message immediately caught my attention:

The subject read: “Your Bluehost Account Has Been Deactivated”

At first I thought it was ‘spam’, but upon closer inspection, I discovered that it was the real deal. Bluehost, the company that hosts all of my websites, had indeed deactivated my account and as a result, all of my websites were down, including WanderingEarl.com.

Of course, after reading the email over several times in a bit of a daze, I still had no idea why my account had been deactivated. I’m not the most technically-oriented of bloggers and the reason for the deactivation might as well have been written in Aramaic.

I spent about twenty minutes just staring at the computer screen, trying to process the situation and allowing the tension that quickly built up inside to run its course before I devised a plan. Once I was finally able to think somewhat clearly, the adventure that has proven to define my stay in Damascus, finally began…

FROM ONE CAFE TO THE NEXT

After returning to my hotel in order to grab my laptop, I practically ran across the city to a Costa Coffee cafe, one of the few places in all of Damascus with reliable wi-fi. I hurriedly ordered what turned out to be a barrel of cappuccino and I sat down on the most comfortable sofa I could find, ready to try and tackle the issue at hand.

Unfortunately, after three hours at Costa Coffee and finding myself no closer to solving the problem, I was forced to leave the cafe. Costa only allows customers to use the internet for 1.5 hours and I had already begged the store manager to allow me to use an extra 1.5 hours as well. But when that allotment finished, I knew it was time to go. And so I packed up my laptop and ran back towards Souq Saroujah, the area where my hotel was located, in search of any kind of cafe that might offer some degree of Wi-Fi.

And I found one. It was a small, outdoor cafe set down a lovely, quiet lane.

A BAD CHOICE OF CAFE

Now before I continue, let me try and offer some advice to anyone who may experience major problems with their website or internet business while traveling. When you are required to suddenly work on such a major problem, you don’t have time to be picky about which cafe you choose. As long as they have Wi-Fi, you better sit down and get to work.

However, I have now realized that there is one type of cafe that you should probably avoid, no matter how desperate your situation. You see, for some asinine reason, in my unstable state of mind, I thought it would be a good idea to sit down at a shisha cafe and puff on some apple shisha while trying to solve my website issue. This was perhaps the dumbest thing I could have done as after a few puffs of this fruity-flavored tobacco, I not only found myself to be disturbingly light-headed, but quite jittery as well. I simply couldn’t sit still, my body was vibrating and I could barely see straight, never mind focus on the issue at hand.

And to make matters worse, I had just received permission from Bluehost to enter my WordPress account in order to try and fix the problem. They kindly agreed to grant me this temporary access under the one condition that I fix the problem immediately and preferably within the following 30 minutes. So there I sat, hands trembling, sweat pouring down my face, my eyes bugging out and the street around me spinning, all while trying to make sense of scripts, databases and slow query logs.

So naturally, after 45 minutes, I had again made absolutely no progress. And when the internet suddenly cut out (and I was informed that it wouldn’t come back on for the night), I quickly paid my bill, knocked over my chair while trying to stand up and proceeded to stumble down the road to a proper internet cafe that my waiter recommended.

Then, for the next 7 hours I sat in front of a computer in a shisha-induced haze, communicating with several AMAZING people that had replied to my frantic emails and twitter messages asking for help (see below for a list of these wonderful people!). Slowly, progress was finally made, and by midnight, I had all of my websites back up and running. However, I spent another three hours trying to make some further changes to this site in order to prevent this situation from occurring again in the future.

(The cause of this problem turned out to be a spike in traffic at WanderingEarl.com. Due to some database issues, my site’s performance was affected which put extra strain on Bluehost’s servers, causing them to shut down my account.)

At 3am, I finally left the internet cafe and walked back to my hotel, a bit less wobbly than earlier but still exhausted beyond comprehension. And of course, I didn’t really sleep at all that night as I could not stop worrying about this situation, just hoping that the issue was actually resolved.

At 9am the following morning I was back at the internet cafe where I proceeded to spend another 9 hours working on my site as there were still many changes to be made.

I still don’t know if the problem is fully fixed (about a week has now passed) but it has definitely improved and Bluehost has kindly re-activated my account. Hopefully this issue is behind me and WanderingEarl.com can move forward once again.

So that was my introduction to Damascus.

Luckily, after the above situation, once I could relax a bit and breathe a little easier, I was able to enjoy the city and surrounding area significantly more. Between daily wanderings through the Old City, attending the Damascus International Film Festival, being invited to a local family’s home for an evening, visiting the only remaining Aramaic-speaking town in the world and meeting such a wonderful group of fellow travelers, I eventually left Damascus one happy Earl.

THESE PEOPLE ARE AWESOME! 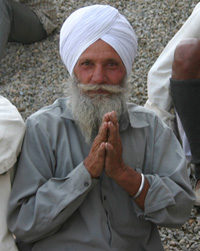 I want to give a huge thank you to everyone who responded to my website ‘crisis’ and offered their assistance. It was your advice, whether through Twitter, email or Skype, that ultimately helped me solve this issue.

So thank you for taking time out of your days to help me out!

Ashit Vora for your Twitter messages and emails
Doug Farnes for sharing your knowledge via Skype
Randy from YearlyGlot.com for all of your super-helpful emails
Jenny from WhereIsJenny.com for offering to put me in touch with her Website Developer
Kyle from OnOurOwnPath.com for explaining the problem in a very easy-to-understand way
Raam from RaamDev.com for replying to my email so quickly
Ali Dark for responding to my email and directing me to someone who could possibly help
Dan at TropicalMBA.com for offering any assistance he could provide

And if I missed anyone, I do apologize. Even with a decent connection over here Twitter and Gmail keep cutting out and I know that some messages and offers of assistance were lost as a result.