Countries You Can Visit For $1000 Or Less

Countries You Can Visit For $1000 Or Less 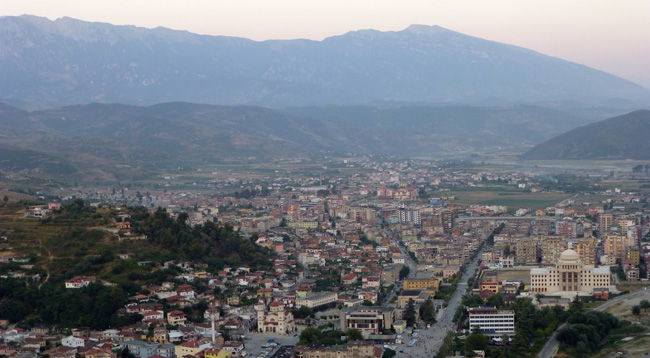 When I first started this blog three years ago, I made the claim that it’s possible to travel the world for $1000 USD or less per month. And that is a claim I still believe to be true today.

I am confident that if I averaged out the amount of money I’ve spent during all of my own travels, the figure would indeed be right around that $1000/month mark. Of course, there are countries you can visit that will require you to spend much more money, but at the same time, there are plenty of countries you can visit that will allow you to spend less, and in some cases, much less.

The question for this post is – which are the countries that can be visited or lived in for less than that $1000/month figure?

Here is my updated list based on the countries that I have visited myself. (And for those countries I haven’t been to within the past 12 months, I’ve contacted fellow travelers in order to confirm prices, so the information is as up-to-date as possible.)

Western Europe is tough to make happen on $1000/month but it can be possible if you really transform yourself into a budget traveler who is willing to cut costs wherever you can. Central, Eastern and Southeastern Europe, on the other hand, are a different story, offering a diverse collection of interesting countries that can be thoroughly explored for much less money. I’ve been spending a great deal of time in this region over the past year and a half myself and I am repeatedly amazed at how good of a value these countries are for travelers. Just head to some of the destinations on the below list and you’ll understand what I’m talking about. In this part of the world, accommodation can be found for less than $15/night and as low as $7/night (for a bed in a dorm room at a hostel), local meals can be eaten for $2 – $10, bus and train transportation is very reasonably priced and other activities (entrance fees) are typically less than in Western Europe as well.

Another region of the world that typically falls into the ‘you can travel for $1000/month’ category, you could spend months traveling around most of Central America on a tight budget. I know of many travelers who begin their adventure in a place like Guatemala and several months later, they have still yet to leave. For those interested in a relatively low-cost introduction to the Spanish-speaking world, Central America is a solid option. And if you add Mexico into the mix, you might get stuck in this region forever. Mexico is one of the most underrated countries I’ve ever spent time in. It’s an incredibly diverse land, full of friendly people, with excellent food and intriguing culture everywhere you turn (it’s also much safer than most people think) and you can experience it all quite well even as a budget traveler.

With so many countries to choose from, and with most of these countries more than ideal for budget travelers, it’s no wonder that Asia, especially Southeast Asia, is often the first stop on many travelers’ itineraries. With countries such as India and Indonesia offering some of the least expensive travel options on the planet ($500 USD per month is possible) and countries such as Thailand offering some of the best value travel experiences you can find anywhere, Asia is as good as it gets for anyone looking to travel for less than $1000 per month.

I’ve now been to South Africa twice and while my particular trips were not exactly as budget-friendly as usual, I did notice that $1000 per month would allow you to travel quite decently over there. You’d have to pay some attention to what you spend each day, and when it comes to the main attractions (ie. wildlife safaris) you’d want to check out the budget options instead of the pricier game lodges, but budget travelers in South Africa can definitely get by and have as rewarding an experience as anyone else.

Turkey is another country that can be visited for $1000 or less per month, although, that might not be true if you spend a lot of time in Istanbul, a city with prices that are on par with Western Europe. But outside Istanbul, prices drop significantly and $1000 per month is enough money to ensure you don’t end up broke after one week.

Also, over the course of this summer I hope to travel around Georgia, Azerbaijan, Poland and Lithuania, all countries where I’ve been told that $1000 is more than sufficient to travel well. I won’t be spending a full month in each place but I’ll be sure to report back after those visits to let you know how much it really does cost to travel in those areas.

So, even a few years after initially making the ‘travel on $1000 per month’ claim, much of the world can still be seen for this reasonable amount of money. Tell that to those who believe travel requires thousands and thousands of dollars and that it can’t be accomplished on such a low budget. One’s own spending habits and travel style also plays a role naturally, but if you’re able to travel simply (which is not the same as traveling in poverty as some believe), you really are able to experience the world, and benefit from that first-hand education that travel provides, for less money than you are probably spending at home.

Again, the list above consists of countries that I have personally been to so it goes without saying that there are plenty more out there that are perfect for budget travelers. And that’s why I want your input as well!

What country(s) have you traveled to or lived in for $1000 USD per month or less?