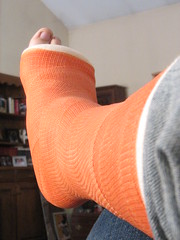 When I was a freshman in high school, I remember the day when a good friend of mine broke his ankle and showed up to school with his leg in a cast. In the 15 years I had been alive at that point, I had never broken any part of my body and so, upon seeing my friend, I couldn’t help but wonder what it felt like to break a bone. In fact, I spent most of that school day wondering how it must feel and I didn’t stop thinking about it after school either. That night, moments before I went to bed, I even took it so far as to wish that I would break a bone myself. I wasn’t looking for a major break, like a leg or collarbone, just a minor one, so that I could get a taste of such an injury.

Two days later I broke my wrist while playing basketball.

When I was 17 years old and still in high school, another one of my friends was arrested one night for fighting during our town’s annual Portuguese Festival. In front of hundreds of people he was cuffed by the police and carted off to the police station where he spent most of the night in jail. And being my curious self, I immediately began to wonder what it must feel like to get arrested. Of course, I didn’t really want to get arrested, but I once again couldn’t help making a wish that night, wishing that I could somehow feel what it was like to spend a night in jail.

One week later I was arrested.

My arrest took place at a large Saturday night party that was broken up by the police and where I committed those typical teenager crimes of being a minor transporting liquor and public drinking.

And even though my crimes were quite insignificant, I certainly got a taste of what it’s like to be arrested. I was slammed against a car, handcuffed and forced to stand in the middle of the car park as dozens of cars, full of my fellow high school attendees, drove by one by one. I was then transported to the police station where I was given my one phone call and then tossed in a cell for 5 hours, where there was nothing to do but sit on a hard bench, just staring at the wall.

I even had to appear in court that Monday, where, luckily, I was slapped with only a minor fine after receiving a stern lecture from the judge.

So why on earth was I thinking about my broken wrist and my night in jail?

Well, when I left Mexico almost a year ago in order to travel around the Middle East, I remember quite well the day I packed up my belongings and moved out of my small apartment here in Playa del Carmen. I remember it so well because, as I drove away for the last time that day, I set a goal for myself. If I were to ever find myself living in Playa del Carmen again, I wanted to be able to afford a more comfortable lifestyle.

I’m not talking about a luxurious lifestyle, not at all. I’m merely talking about one in which my apartment would be a little more spacious, the kitchen a little more suitable for cooking and the living room consisting of more than one chair. Consider it a slight upgrade, one that I often kept in mind while slaving away on my computer ever since.

Now, here I am, back in Mexico, having just decided to spend the next couple of months living by the beach once again. And sure enough, the hard work and lack of sleep and the determination to work on new project ideas over the past 10 months have paid off. My apartment this time around is exactly what I wanted (and it even has a swimming pool!). 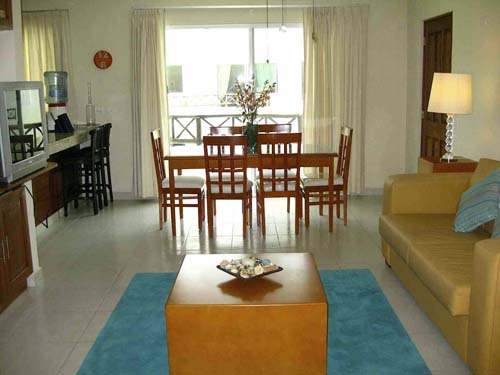 The simple point is that if we don’t wish, if we don’t dream, if we don’t imagine or believe every single day in the goals we want to achieve (both big and small goals), we might as well not even have those goals in the first place. There’s often more to it of course, such as endless hours of dedication and battling a steady stream of obstacles, but having the right mindset is where it all begins.

I used to spend many nights lying awake, able to do nothing but wish for and dream about living a lifestyle in which I could travel around the world, wherever and whenever I wanted. It certainly took a ridiculous amount of work to get there, but had I never spent so much time believing that it was possible, I’d be back home right now wondering what my life could have been like.

So there you go. If you’re unable to buy that plane ticket to Buenos Aires or Bangkok just yet, or take off for that 6 month trip you’ve been dreaming of, whatever you do, don’t stop dreaming. If you stop believing that you will be on that plane one day, you’ll never make it.

Always remember, you too can get arrested if you really want to.

(On another note, if anyone is headed to Playa del Carmen, I might be able to help you find a suitable apartment as I’m now familiar with every single accommodation option in town after my recent apartment hunting session!)