An Early Morning Stare Down With An African Lion

An Early Morning Stare Down With An African Lion 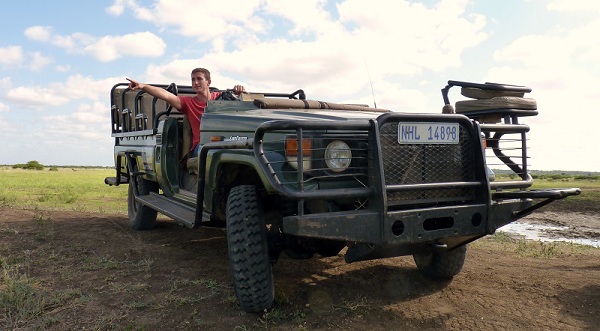 In previous posts, I’ve already written about the hippopotamuses and about the crocodiles that I ‘ran into‘ during my visit to South Africa back in December, and I’ve already posted photos of the zebras and the penguins of Boulder’s Beach as well. Now they’re all nice animals and everything but there were also quite a few other creatures that played a large role in keeping my mouth wide open in complete awe every single time I jumped onto a safari vehicle and entered the bush.

In fact, the most memorable experience I had during a safari was on the last day of the trip, early in the morning, as we drove around the impressive Phinda Game Reserve. We were on a mission to find lions, although us passengers merely had to sit back and try not to nod off (it was 6am after all) while our safari guide and wildlife tracker did all the work.

And a lion, a massive male lion, they did find. 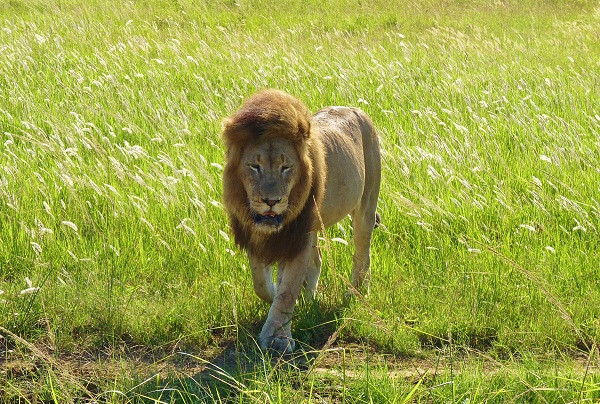 Okay, so I saw a lion. That’s cool. The lion actually walked right past our vehicle, just a few meters away, and even though I thought I saw the lion give me an evil stare for a moment, I was able to quickly laugh off that moment of fear once the lion moved on.

Our guide then started up the vehicle, but instead of heading off to look for more wildlife, he decided to circle around and get ahead of the same lion so that we could catch one more glimpse of this cat.

And sure enough, the lion approached once again, this time walking only three meters away from me as I was in the back row of our open-air vehicle, right up against the side closest to the lion’s path.

Now I’m not usually paranoid, but I was quite certain that the lion paused for a moment while right next to me, turned his head slightly and stared me straight in the eyes yet again. For a brief second I entertained the thought that it was only my tricky imagination, but when the lion finally passed, the rest of the group in the vehicle confirmed that the beast did indeed stare me down.

With an increased heart rate and an abnormal amount of early morning sweating, I tried to return to a normal breathing pattern as our vehicle pulled away.

But alas, our driver wanted us to have one final view of this lion and so he drove ahead of the creature one more time and waited for the lion to approach.

This time, I moved a little closer towards the safety zone that was the middle of the bench and I sat still, as still as possible, merely glancing at the lion out of the corner of my eyes as he strolled up less than two meters away from me. And I kid you not when I say that he clearly was not impressed with my attempt to avoid his gaze. One more time he stopped and tried to look into my eyes and from what I could tell, he also made a face that indicated he would love to bite off my head for breakfast.

He didn’t look up at anyone else. He wanted me and only me. And as flattering as that may sound, when you remember that he may have wanted me for a meal, the word ‘flattering’ really loses its meaning.

Luckily, the lion soon wandered into an area of thick trees and even though our driver tried his best to follow him, we eventually lost his trail, which I certainly had no complaints about.

Then, only a few minutes later, as we bounced along the dirt road that crossed the seemingly infinite prairie, we encountered an animal of a different sort, a family of warthogs. And upon sight of these silly things, I immediately started to feel better. Believe me, if you need to find a way to calm down after nearly being eaten by a lion, a group of hand-sized baby warthogs darting ever so adorably all over the place will do the trick. 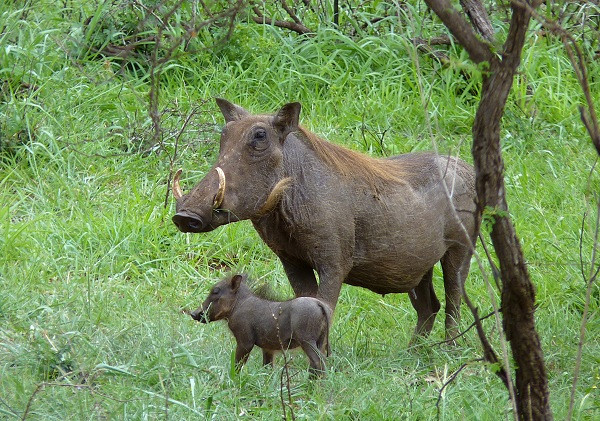 Of course, I still continued to stand up and use binoculars every few seconds for the following three hours or so, just in case that lion decided that a male human head, or arm, or maybe leg, would make for an ideal breakfast in the end.

THE ‘OTHER’ ANIMALS OF SOUTH AFRICA

While everyone wants to see a lion while on safari in Africa, there is naturally no shortage of other wildlife roaming around the game reserves that are equally as impressive when seen up close. And since this post focuses on my own safari experience, I thought I’d share a few photos of some other animals that we encountered at remarkably close distances… 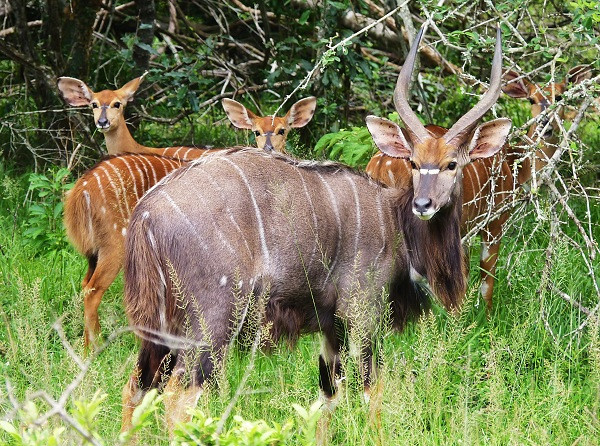 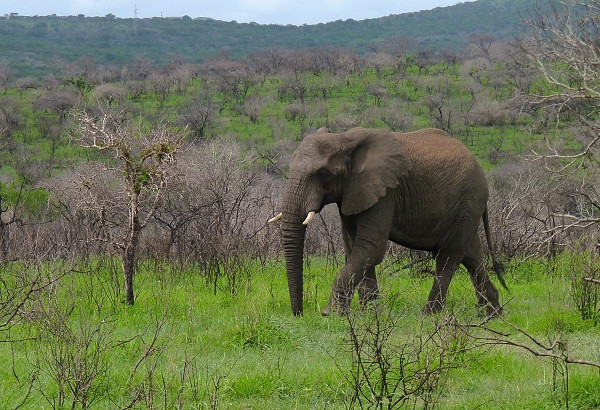 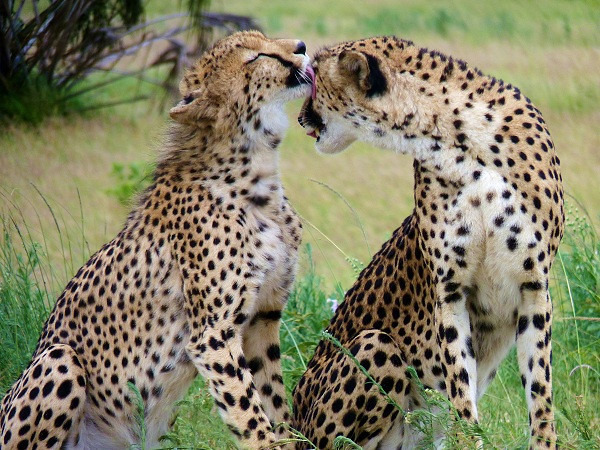 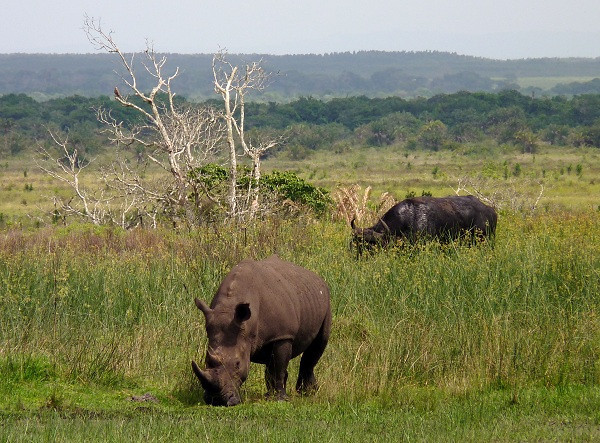 Those are some of the animals that await you in South Africa!

If you were going on a safari, which animal would you be most excited about seeing in the wild?