Amid The Ruins Of War In Bosnia & Herzegovina

Amid The Ruins Of War In Bosnia & Herzegovina 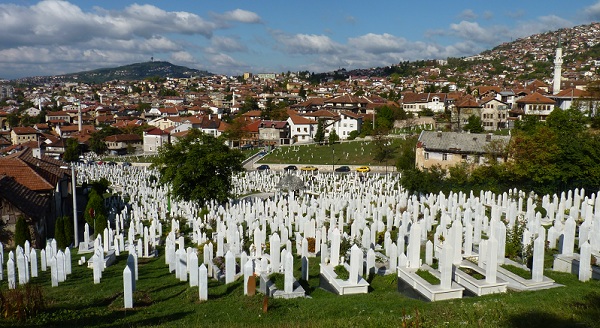 As a long-term traveler, I have certainly witnessed a great deal in my life, however, there are some things that, no matter what, I will never be able to truly understand. And one of those things involves what it feels like to experience war first-hand.

While I’ve traveled through Pakistan and Afghanistan post-9/11, ventured to the front line of the battle for Kashmir, roamed the bombed out neighborhoods of Beirut, the killing fields of Cambodia and areas of Central America that have seen much fighting over the years, I’ve never actually lived through war. My travels certainly allow me to gain a significant amount of knowledge about many of the conflicts that have taken place on this planet, or are still taking place, but I will always remain an outsider looking in, unable to comprehend watching the destruction of my country, of my home, of my family or perhaps even of my own life.

Sadly, there are far too many human beings on this planet who know perfectly well what it’s like to live during a terrible war and for many of these people, wondering whether or not they’ll live another day becomes as common as wondering what they’ll be eating for their next meal.

From the moment I entered Bosnia and Herzegovina, until the moment I crossed the border into Serbia some 10 days later, I had no choice but to constantly think about the 1992-1995 Bosnian War. There’s no avoiding it, no matter what your motivation for traveling to this region, not when almost every single building in the country is covered with bullet holes, when the aftermath of heavy shelling and deadly bomb explosions are still ever so present and when the situation in Bosnia during the years since the war ended has clearly been filled with immense challenges and struggles for the 3.5 million inhabitants of this country.

Destroyed buildings, both partially and completely, line many of the streets in Sarajevo, as well as those in dozens of other cities, towns and villages. In fact, the destruction, which was more than I’ve seen in any other country, made it terribly difficult for me to believe that this war took place some 15 years ago, especially when there are still empty buildings littered with broken glass, bullet shells and even business files left scattered on the floor, as if these places had been attacked yesterday.

A VERY BRIEF SUMMARY OF THE BOSNIAN WAR

This war, which resulted from the breakup of Yugoslavia, began after the Socialist Republic of Bosnia and Herzegovina declared independence in 1992. The referendum was signed by the political representatives of all of Bosnia’s ethnic groups, including those of the Muslim, Orthodox and Catholic faiths, except for one, the Bosnian Serbs. The Bosnian Serbs then decided to create their own Republic, which they named The Republic of Srpska. Following this declaration, and with the direct assistance of the Serbian Forces, the Army of the Republic of Srpska attacked Bosnia and Herzegovina in order to gain and secure as much land as possible.

And so this brutal war, which involved the ethnic cleansing of Bosnian Muslims, repeated massacres and four years of almost non-stop shelling of Sarajevo and other cities and towns, began.

Despite having superior strength, in both manpower and weapons, the Serbian Forces eventually lost momentum when the ethnic Bosniaks (the Muslim population) and the ethnic Croats (Catholic population) of Bosnia joined forces by creating the Republic of Bosnia and Herzegovina.

Then, in 1995, shortly after the Siege of Sarajevo and the Srebenice massacre, an instance of genocide in which 8000 Bosnian Muslims were killed by members of the Army of the Republic of Srpska who were under the control of a Serbian General, NATO joined the war by attacking key Srpska positions. These attacks helped bring about an end to the fighting.

These days, all three ethnic groups have equal status within the entire territory of Bosnia and Herzegovina and one can easily pass between the two as if they are one unified country. And according to locals I spoke with, all three ethnic groups, for the most part, co-exist in harmony, preferring to live in peace than relive the fighting that took place in the 90s.

SO MANY BULLET HOLES

Even though the situation is relatively quiet today, again, it is basically impossible to avoid thinking about or talking about the war every day while visiting this region. For every bullet hole, of which there are millions upon millions, there is a story to be told, so many of which involve the loss of life, of constant sniper attacks and non-stop shelling, of concentration camps, indiscriminate and unnecessary killing, ethnic cleansing and human beings inexplicably behaving at their very worst.

Upon watching the videos that document some of the events and upon hearing these first-hand stories from those who witnessed the war, I often found myself transported right into the middle of the struggle. It all seemed so real when I would look into the hills where the Serbian Forces launched their attacks and when I would pass yet another building that has yet to recover from the war. But even during those moments when I really could imagine the bombs landing and the missiles flying above, I still remained an outsider, only able to listen and watch, to ask questions and make observations about the past.

As much as I learned about this war, I still don’t know what it feels like to have sniper bullets whiz by my head as I run across an intersection or to watch my friends die in an explosion while buying bread at the market. 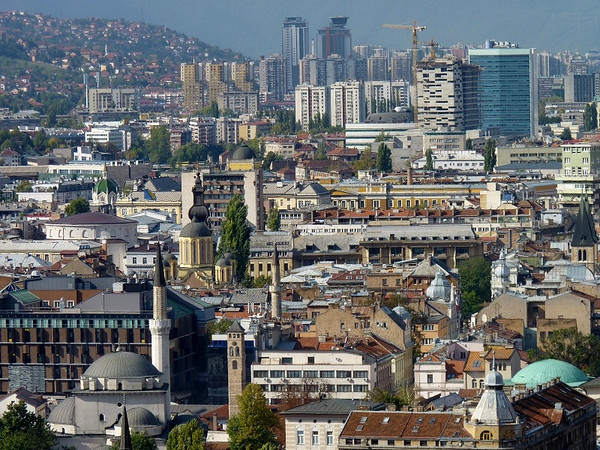 As I walked around Sarajevo, from Bascarsija to Kovaci, from Bistrik to Mejtas and over to Grbavice, day after day amid the ruins and results of the Bosnian War, trying to understand this land and its people, through both its history and its present-day situation, I naturally found myself feeling quite distraught quite often.

However, at times, as I struggled to accept how cruelly humans can act, I must say that it seemed as if I was the only person dwelling on the fact that life in Bosnia and Herzegovina, from the start of the war up until today, has been extremely difficult to say the least. With the widespread destruction that took place, this region lost almost all of its industry, leaving it unable to compete with other countries and severely struggling in terms of its economy and the ability of its citizens to create new lives for themselves.

But, no matter where I looked, who I met or where I went, I seemed to always end up surrounded by Bosnian people who, despite what they have lived through, have opted to greet and spend each day with such a positive attitude, with so much laughter and with the brightest of smiles.

While I’d certainly hesitate to conclude that their laughter and smiles are the result of a genuine happiness with their current situation, which, as I mentioned, is not an easy one, I do believe that Bosnians have chosen to focus on appreciating what they do have instead of dwelling on what has happened in the past or what their lives now lack.

And again, this is a remarkable occurrence, especially considering that the older generation almost unanimously wishes for a return to the stable times under the rule of Josip Broz Tito and the country’s youth know only war and a constant struggle to survive. Yet, despite the differences in opinion, and even despite the religious and ethnic differences, Bosnians seem to have accepted the current situation with a relaxed shrug of the shoulders and a ‘let’s make the best of it’ attitude.

As a result, I often found myself surprised, and even inspired, by the warmth of the Bosnian people I met, by their light-hearted outlook on life and their decision to try to enjoy their lives as much as possible. If the people of a war-torn country can smile in the face of such a recent history, then someone such as myself, who has not dealt first-hand with war, should be able to do the same.

Upon reaching this conclusion, I soon discovered that the bullet-holes, the crumbling buildings, the war memorials, the heart-breaking stories, while they all felt so recent and troubling at first, eventually faded somewhat into the background for me, just as they have now done for most Bosnians. Despite appearances, that war has ended.

And by the time I finally left Bosnia and Herzegovina, the truth is, I left not as a traveler disturbed by the horrific tales of devastation and death, but as a more knowledgeable and appreciative traveler, one who realized that even the brutal destruction caused by unnecessary war is still no match at all for human beings determined to find a way to live in peace and to smile.