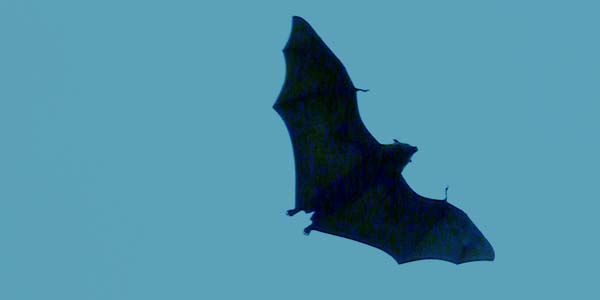 As travelers trying to stretch every dollar we have, it only becomes natural that we should try and find the absolute cheapest airfare we possibly can when it comes time for us to fly somewhere. As a result, I’m sure we’ve all found ourselves at some point staring at the computer screen after an hour of flight research, trying to decide whether or not to fly to Cairo on British Airways or to save $150 bucks and fly with Bob’s Flying Bathtubs instead.

And the fact that saving $150 happens to require us to fly to four different continents, spend two nights on airport floors and finally arrive in Cairo at a most inconvenient 2:30am, doesn’t seem to matter. Saving that money is much more important.

When I needed to travel from Bangkok to Dhaka, Bangladesh, no other airline could beat the $90 fare being offered by Bhiman Bangladesh, the country’s official airline. However, as soon as I arrived at Bangkok’s airport, the fun began. Not only was the flight ultimately delayed 11 hours, but when we finally did board the plane, all of the passengers were told to go directly to the rear of the aircraft because of a technical issue that affected the balance. People honestly sat on the floor, stood against walls and even let their children run up and down the aisles…during takeoff! Throw in windows that were duct-taped together, an unscheduled stop in Yangon, Myanmar and an eventual arrival time of 2:00am (which is what led to my kidnapping as soon as I stepped out of Dhaka’s airport) and I’m not quite sure this experience was worth the $50 I saved.

After spending a week looking for flights from NYC to Melbourne, Australia, I couldn’t find a single one-way fare for under $1000 USD. And so, I eventually decided to book a ticket with Qantas that involved only one stop along the way. However, before I hit the “Confirm Reservation” button, I did one last search on Kayak.com, where I suddenly found a flight on Malaysia Airlines for only $850. Without hesitation I booked it! Only after I received the confirmation email did I discover what this flight actually involved. I ended up with a 9 hour flight to Abu Dhabi, a 3 hour layover, a 6.5 hour flight to Bangkok, a 5 hour layover, a 1.5 hour flight to Kuala Lumpur, a 27 hour layover (the airline did provide a free hotel room, although it was 1 hour outside of the city), an 8 hour flight to Sydney, a 4 hour layover and a 2 hour flight to Melbourne. I arrived at my final destination some 66 hours after I had left NYC!

So, is saving money on flights worth all of that?

Saving money on flights is just groovy, especially considering the long, long list of other things that we’d rather spend that money on once we actually arrive at our destination (street food, I’m thinking about you). As a result, it’s no wonder that airlines such as AirAsia, AirArabia, Jetstar and EasyJet are quite often the airlines of choice for budget travelers.

However, I’ve now learned that what appears to be attractively low airfares offered by these budget airlines are often not really that much of a bargain. Once you add up all of the fees, I found that it’s not uncommon for the prices offered by budget airlines to be just a few dollars less than what a major airline is offering.

A good example of this is in Thailand. You can fly from Bangkok to Chiang Mai on AirAsia for around $40 USD, but once the fees and taxes are all added in, that fare jumps to around $65 USD. And a flight on Thai Airways or, even better, Bangkok Airways (which provides an airport lounge with free wi-fi, quite decent food, drinks and comfortable seating for ALL of its passengers) can often be found for around the same price.

Therefore, it always pays to check the fares available on other airlines before booking any flight with an ultra-budget airline. If the price difference is minimal, I’ll go with the major airline every time, not only because the service is generally better and the entire process simpler but because I’m able to earn frequent flyer miles with the frequent flyer programs of which I am a member.

Of course, I’m not denying that sometimes budget airlines are the way to go. When I recently flew from Bali to Singapore, AirAsia offered a fare that was $150 less than every other airline. It was a no-brainer, especially since it was only a 2 hour flight. I’m a fan of budget airlines in these instances, but unless I can save a great deal of money, I usually opt for other airlines.

Whichever way you go, here are a couple of tricks I’ve learned that have helped maximize my comfort during a flight without paying a premium for it, no matter which airline I happen to be flying.

First, I never pay for extra options, especially those pertaining to seating assignments. I won’t pay to choose my seat, I won’t pay to board before other people and I won’t pay for the right to push elderly passengers out of the way if they’re headed for a seat I have my eye on.

What I do instead is take a quick glance at the online seating map before confirming my reservation. It is this simple map that holds the key to my comfort.

If the seating map is full, with almost no regular (fee-free) coach seats to choose from, I celebrate. And then I show up at the airport check-in counter as late as possible. Knowing that it’s a full flight, there’s a high chance that all of the regular economy seats will have been assigned to other passengers by this point, leaving the airline with no choice but to give me a premium economy seat instead. And since I didn’t ‘choose’ this seat myself, I am not forced to pay the extra fee for all of that extra legroom.

On the other hand, if the seating map is almost empty when I make my booking, allowing me to choose almost any seat I want, I also celebrate (but I still don’t choose a seat). And then I show up at the airport and kindly ask the agent if I can please have a row all to myself knowing that there is plenty of space available.

Of course, I generally book my flights within one or two weeks of flying, which is also what makes these methods effective. If you book a flight months in advance, you’ll need to log-in to your reservation and have a glance at the seat map a few days before your departure date in order to determine the seating situation. And then you’ll be able to use the above tactics.

Last year, when I needed to fly from NYC to Fort Lauderdale, Florida, it was JetBlue Airlines that offered the best fare (as they often do). However, there was one minor problem.

There were two of us traveling together but every time I entered “2 Passengers” into the flight search engine, the low $89 fare didn’t appear and instead, I was given a fare of $229 per person. Every time I entered “1 Passenger”, the $89 fare appeared on the screen but with a notation that there was only 1 seat left at this price.

So, I decided to do a little experiment. Using two separate computers, Liz and I each booked the ‘last remaining seat’ at the $89 fare, being sure to press the “Confirm Reservation” buttons at the exact same time on each of our computers. And sure enough, we both ended up paying $89.

I’ve now used this trick a couple of more times, once while booking tickets on Virgin Blue in Australia, once with Jetstar Airlines and most recently with Continental. And each time, that ‘1 remaining seat’ magically became 2 seats!

As a result, I’ve saved over $500, money which I was then able to spend on street food instead 🙂